The government is planning to introduce a new permitted development right for upwards extensions, as part of its plans to deliver new homes. John Pearce outlines the plans and what they might mean in practice 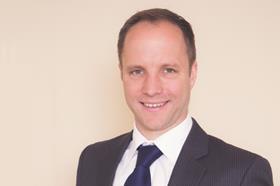 The government is expected to continue its push to deliver new homes through the planning system via legislative measures. The Town and Country Planning (General Permitted Development) (England) Order 2015 (the GPDO 2015), which allows for development, subject to certain circumstances, to be carried out without the necessity of a planning application, is being used to assist in delivering new homes.

Since 2013, the GPDO 2015 has allowed the conversion of offices, warehouses and agricultural buildings into new homes, without the need to apply for planning permission from local councils. It is anticipated that the government will release further changes to the GPDO 2015 to allow for the upwards extension of certain buildings, compatible with a dwellinghouse use, with the aim of helping to deliver new homes to meet its ambitious target of 300,000 new homes a year. The recently installed prime minister, Boris Johnson, reiterated his government’s objective to deliver homes in the lead up to the Conservative party vote on its new leader.

There were early indications of the government’s intention to utilise upwards extensions to deliver new homes within the revised National Planning Policy Framework (NPPF), which was released initially in July 2018 and then in an amended form in February 2019. Paragraph 118(e) of the NPPF states that planning policies and decisions should “support opportunities to use the airspace above existing residential and commercial premises for new homes. In particular, they should allow upward extensions where the development would be consistent with the prevailing height and form of neighbouring properties and the overall street scene, is well designed (including complying with any local design policies and standards), and can maintain safe access and egress for occupiers”.

Having set out its intention, the government embarked upon a period of consultation to include upwards extensions within the GPDO 2015, so that such development does not require the express planning permission of local councils. A consultation period took place between October 2018 and January 2019, and followed on from an earlier consultation relating to a London-wide permitted development right in 2016.

In March 2019, following the end of the consultation in January 2019, the government announced in a written statement by James Brokenshire, secretary of state for housing, communities and local government, that it “will take forward a permitted development right to extend upwards certain existing buildings in commercial and residential use to deliver additional homes, engaging with interested parties on design and technical details”. Brokenshire explained that the intention was that any new homes delivered through the new right would “respect the design of the existing streetscape, while ensuring that the amenity of neighbours is considered”. The proposed addition to the GPDO 2015 did not form part of the amendments released in May 2019 and it is anticipated that the new right will be introduced in autumn 2019.

It is expected that the right to extend upwards will apply to buildings that are in uses deemed to be compatible with residential use, such as existing dwellings, shops, offices, and restaurants and cafes, many of which are already capable of being converted to dwellings under existing permitted development rights. By limiting the types of buildings that can be extended, the amenity of future occupants of the new homes should be adequately protected.

Concerns about the changes

The proposals have met with some criticism, particularly from the Royal Town Planning Institute (RTPI), which considers that the rights for upwards extensions should not be pursued. The RTPI is concerned that the proposals “fly in the face of democracy”, due to the subversion of the local planning process, and also have the potential to put quality and affordability at risk. The Town and Country Planning Association (TCPA) and the Civic Voice have also raised concerns about the limited scrutiny involved in the process and the social implications of delivering poor-quality homes without delivering much-needed supporting infrastructure.

This is not the first time that permitted development rights for the creation of homes have come under fire. Recent criticism has been levelled at legislative measures to boost the supply of housing centres, based on the fact that some homes granted permission via the prior approval process have been of a poor quality and not in line with reasonable, modern standards of living, due to the lack of policy and guidelines involved in the process.

A recent example of this was provided in Watford, where a planning inspector permitted a former commercial building with no windows to be redeveloped into studio flats, through the prior approval process. The inspector’s decision prompted an understandable outcry and a general lamenting of the system that aims to deliver homes, but is criticised for delivering substandard homes. Other conversions utilising permitted development rights have resulted in homes being permitted that are well below expected standards in respect of internal and external space standards, with some examples having an internal floor space of only 14 square metres.

Further concerns have been raised over the proposals due to the impact such development would have on the street scene and the general character of the area. The effect that an additional storey would have on an area can vary from site to site, depending on the nature of the area. A generic approach, which is often taken in planning legislation, has the potential to drastically alter the streetscape of our towns and cities.

It is understood that the legislation may permit an increase in ridge height of buildings up to the height of the highest building within the row of buildings, and while this seems logical, the effect on the street scene could be extremely damaging, creating monotonous roofscapes and damaging streets that are characterised by their variety.

Although, at the time of publication, it is unclear precisely how the amended legislation will be set out, it is apparent from the government’s announcements that a “prior approval” process will be necessary. This process works on the basis that a proposed development meets a certain set of requirements; following this, the local planning authority (LPA) will need to consider certain matters, such as the design, flood risk and transport impacts of the development. So, in effect, this particular form of permitted development does not bypass the local planning process completely; some control remains with the LPA.

This presents a problem for both developers and LPAs alike. Developers will still be required to go through LPAs in order to deliver the development, while LPAs will be required to give proper consideration to the development without receiving the level of fees that are part of a normal planning application. At a time where local authority funding has been significantly reduced, this places a further strain on diminished resources.

Will the change deliver the number of homes the government plans? Although off-site construction could assist in limiting the effects of building these new homes, the construction of upwards extensions would remain complex and disruptive. The complexities in construction throw some doubt on the extent to which the permitted development right can deliver sufficient numbers of new homes, and consequently whether the right will actually be worthwhile. Furthermore, the complexities caused by site ownership would no doubt frustrate, or even block, development from occurring, further limiting opportunities to deliver the homes the government wishes to create.

So while the right to extend upwards may assist in boosting the supply of housing, the amount of new homes ‘unlocked’ by this new right may be severely restricted.

Additionally, the homes created through the prior approval process would not deliver much-needed affordable homes and social housing, since the planning application system is bypassed; it is this system which by-and-large helps to deliver such homes for all sections of society, and also infrastructure works to account for the increase in population associated with new homes.

Homes England, the non-departmental public body that funds new affordable housing, set the ball rolling earlier this year, after agreeing a £9m deal with an airspace developer, which appears to intend to utilise a modular, off-site construction approach to minimise disruption and deliver homes quickly. The development partner has submitted a planning application for upwards extensions this year in London, as the permitted development right has not yet been published. It will be interesting to see the outcome of the proposed development and how it will be delivered.

The new right is expected to be introduced in autumn 2019, and there will be great anticipation as to how the legislation will be constructed and what processes will be put in place to deliver this type of development. Hopefully, the negative comments raised by organisations like the RTPI, TCPA and Civic Voice have now been addressed and overcome by the government, and the resulting legislation will deliver much-needed homes without resulting in irreversible damage to our towns and cities and their inhabitants.