How is Brexit affecting mortgage lenders, and clients and investors buying with mortgage finance? Paresh Raja provides a personal perspective 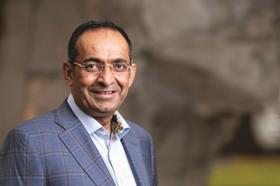 Although many predicted that Brexit would have a devastating impact on the housing market, the reality has proved very different. Both transaction volumes and house prices have continued to rise, investor sentiment remains buoyant, and alternative lenders are putting increasing pressure on traditional lenders. The housing market is actually becoming increasingly competitive. What does this mean in practice for mortgage lenders and homebuyers?

Since the beginning of 2019, a number of specialist and traditional lenders have withdrawn from the mortgage and bridging markets. In early January, for instance, two lenders – Secure Trust Bank and Fleet Mortgages – announced that they would cease new lending, citing fierce competition and the uncertain economic climate as key factors.

Between 2016 and 2018, 4,214 new products were introduced into the residential mortgage market – an increase of 72%. This might seem odd in light of the withdrawal of some lenders, but in fact it highlights the increased competition in the market. Cutting rates to remain competitive may seem like the simple solution, but it is not always the right answer. Instead, lenders need to think creatively and offer products that cater to buyers’ specific demands. This is positive news for prospective borrowers, and brokers also benefit, as lenders are providing competitive incentives for introducers and intermediaries.

Meanwhile, Brexit-inspired uncertainty has clearly had an ongoing effect on confidence levels: mortgage approvals dropped to an 18-month low in the month following the 2016 referendum. The trend continued long beyond the immediate aftermath of the vote: in July 2018, the rate of mortgage approvals for new house purchases dropped by 4.3% year on year. While this has recovered, it nonetheless demonstrates how the market can react during periods of uncertainty.

UK house prices for April 2019 showed the biggest jump for two years; according to Halifax, house prices were 2.2% higher than in April 2018. Meanwhile, recent data also shows that transaction volumes have recently increased – it is estimated that 64,000 sales were completed in April of this year, marking a 4% increase on last year’s figures.

This growth is partly because investors continue to see bricks and mortar as a strong asset class, even post-Brexit. An independent survey of 500 UK property investors by Market Financial Solutions (MFS) earlier this year found that 57% of property investors are not planning to change their property investment strategy once the Brexit deadline passes. Some 45% have expanded their property portfolio since the EU referendum result, and only 7% have sold one or more homes as a direct result of the outcome.

The growth in transactions is also because of the continuing lack of supply versus consistently high demand among those looking to get on or move up the property ladder. This has meant that buying a property remains an extremely competitive process.

This competitiveness means many rival buyers are often fighting over the same house or flat, leading to many delayed or broken property chains. In the first quarter of 2018, the number of house sales falling through before completion reached 38.8% – the highest it has been in over a decade.

A 2018 study by MFS found that 31% of UK adults who have had an offer accepted on a property in the last 10 years had experienced a deal falling through before completion. Of those, 33% said they encountered problems due to delays from the bank providing their mortgage. A further 16% said that their purchase fell through because, despite having a mortgage in principle, the lender later rescinded the agreement.

This highlights the fact that many traditional lenders, most notably high street banks, have adopted a cautious approach since the 2008/09 financial crisis, and they have only become more restrictive in light of the turbulent market.

This caution has seen the alternative finance market claiming an ever-increasing share of the lending market. Alternative finance players such as bridging lenders do not follow the same rigid tick-box approach commonly employed by traditional lenders, and can adapt to the changing needs of borrowers by providing flexible finance for a whole range of purposes. Bridging loans offer prospective buyers fast access to finance that allows them to capitalise on time-sensitive property opportunities. More than £4bn of bridging loans were written in 2018 by members of the Association of Short Term Lenders, representing an increase of 14.8% against 2017 figures.

Of course, it is difficult to predict just what impact Brexit (in whatever form it may take) could have on the property market and lenders. Already, the message is mixed: some lenders have left the market, but others have increased their range of products, and alternative lending is on the rise.

For the time being, it remains crucial that borrowers are well-versed in the options available to them, both within and beyond the mainstream mortgage lending market.