It’s over two years since the government first started looking into the leasehold market, but this year has seen the pace of proposals for change ramp up significantly. Clare Harman Clark rounds up the proposals, and considers what they could mean for the property market 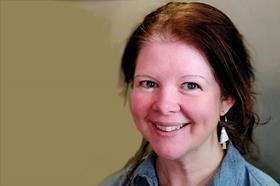 In a governmental agenda dominated by Brexit, it’s a wonder that leasehold reform has got as far as it has. Yet the last two years appear to have put us firmly on the redemptive path to fairer, clearer and potentially more consistent practice. The leasehold market wasn’t destined to lose its head in one clean cut, however; instead, it seems to be a case of death by a thousand consultations. Piecing together the jigsaw puzzle is challenging, and as the pace and reach of proposals increases, it remains to be seen whether the resulting picture will be one of real change or not.

Reform began in earnest in July 2017, following the publication of the government’s housing white paper, “Fixing our broken housing market” in February 2017. Sajid Javid, then head of the Ministry of Housing, Communities and Local Government (MHCLG), was clear that it would be tackling unfair practices in the leasehold market, and it was a compelling call to arms. To the families living in homes blighted by onerous ground rent hikes, to the four million people living in the insecure and expensive private rented sector (PRS), it seemed like a coup: the government was finally on their side. Sure enough, a formal response later announced an intended ban on the sale of leasehold houses, followed by another consultation, “Protecting consumers in the letting and managing agent market”.

In 2018, the pace of change accelerated. From September 2018 to January 2019, the Law Commission consulted on wholesale reform of enfranchisement legislation, on the assumption that the piecemeal legislative process (supported and developed with a weight of tribunal decisions) is unnecessarily complex and costly. The commission’s project also involved consultations on possible commonhold reinvigoration (closing on 10 March 2019) and the right to manage (RTM) (closing on 30 April 2019).

Meanwhile, in October 2018, a second MHCLG consultation (“Implementing reforms to the leasehold system”) picked up on the nitty gritty of implementing proposals, considering how, inter alia, leasehold houses would be banned, ground rents restricted and management enquiries improved. In April 2019, another consultation was launched on the abolition of section 21 notices, and in June 2019 the Competition and Markets Authority (CMA) entered the fray with an investigation under consumer protection law to establish whether homebuyers are treated fairly when buying leaseholds.

It is worth mentioning that alongside departmental progress, and presumably because not everyone was convinced by the pace of it, there have also been independent reform moves by various MPs. Justin Madders MP (Ellesmere Port and Neston)’s Leasehold Reform Bill 2017-19, widely criticised for being too simplistic, called for a statutory pricing model and a compensation scheme.

Eddie Hughes MP (Walsall North) recently sought to force the government’s hand with another private member’s bill proposing that annual ground rents be capped at £250. Its second reading has yet to be announced.

Tangible outcomes of the myriad consultations have been slim to date, but a number of key themes are identifiable.

The undeniable narrative is that the choice of tenure is nothing more than a ruse to enable the collection of pernicious ground rents. But from a practitioner perspective, a legal loophole needs to be closed first. Created for the preservation of a new estate, a positive obligation (insisting on proactive boundary feature maintenance, for example) will not pass with the land in the same way as a restrictive covenant. Developers may therefore express genuine concerns that the ‘do something / pay something’ title covenants are lost when a freehold homeowner moves on. Back in 2011, the Law Commission recommended in its Easements, Covenants and Profits à Prendre report that the difference be removed, thereby closing the loophole and removing probably the only compelling legal justification for the leasehold structure. That was eight years ago.

When the tenure rules will change remains unclear, but change they will (and it looks like there will be no grandfathering provisions for contracts already exchanged or developments in progress). In a bid to prevent developers making hay while the sun shines, the government with immediate effect withdrew Help to Buy support for first-time buyers signing up to leasehold house purchases. Homes England has reportedly been instructed to renegotiate contracts with Help to Buy developers to explicitly rule out developing leasehold houses.

Of course, implementation is difficult without the detail. The proposal bans “long leases”, but granting a renewable short lease could circumvent proceedings neatly. The overworked, under-resourced HM Land Registry (HMLR) is no doubt thrilled with MHCLG’s suggestion that HMLR be responsible for enforcement, so that it is possible technically to create a leasehold house, just not register it. Following legislation, you couldn’t apply for legal title at HMLR (rendering it equitable only) – although at this point you’d be looking for zero-cost enfranchisement as redress. By reinforcing the role of HMLR as the gatekeeper to legal, marketable title, the government is hoping to drive developer behaviour in the right direction.

We await the result of the CMA investigation. Terms such as excessive administration, service and consent charges are all potentially unfair, as are excessive ground rents. There must be implications for our own profession here: the CMA will certainly look into legal advice given when establishing whether tenants really understood the obligations accompanying a leasehold purchase.

The most interesting question, however, is what will actually happen if a tenant was mis-sold a leasehold house. Brokenshire indicated that an incorrect sale would give automatic rise to an entitlement to enfranchise at zero cost, but how this would operate in practice remains to be seen.

It is widely acknowledged that the long leasehold mechanism can be exploitative. Essentially intended to remind a tenant not to get too comfortable, and that their tenure is regulated by covenants with a superior interest, ground rents regularly morph from a peppercorn to a banquet. In the last few decades, an industry has sprung up around repackaging ground rents, which can hike dramatically with the passing years. MHCLG has pledged to ban ground rents rising above zero on new leases, pulling the rug out from under these ‘ground rent grazers’.

But what about existing pernicious ground rents? Unless this is resolved, we face a two-tier system for leasehold sales and valuations, potentially trapping those currently suffering most. MHCLG admitted in June that the proposals have already seen leasehold house sales drop “from 11% to just 2% this year”. Before creating a firm legislative backstop for those affected and now trapped, MHCLG seems keen to promote what can only be described as a cultural shift in the leasehold market.

A “public pledge” published in March following an MHCLG select committee report encourages industry members to commit to freeing leaseholders burdened by onerous ground rent deals, by volunteering to switch clauses that double grounds rents every two decades for clauses linking increases to the Retail Prices Index. Signatories are also required (rather esoterically) to act fairly and transparently, while ensuring that their legal advisers act in the best interests of each client. Perhaps MHCLG misunderstands the codes that already regulate industry participants or, worse, perhaps it is chasing positive headlines in wilful ignorance of them.

Either way, as of the end of June, the government boasted of more than 60 property developer, managing agent and freeholder signatories. Yet, for all its purported good intentions, the public pledge is a long way from a legally binding solution. It remains simply an agreement to co-operate “to develop a comprehensive Code of Practice which establishes the responsibilities of freeholders and enshrines the highest standards for the management and maintenance of properties”.

Homebuying is an expensive and cumbersome process, and there are reforming moves afoot to make the sale of a leasehold property easier and cheaper.

a. Managing and letting agents

By June 2019, administration fees raised in respect of, inter alia, referencing, administration and credit checks were banned. Calls for a “single, mandatory and legally enforceable Code of Practice covering letting and managing agents” have, following Lord Best’s working group report in July 2019, manifested in formal recommendations for compulsory regulation and a new licensing regime that dictates minimum qualifications for agents.

Freeholders and managing agents will be subject to new time limits of 15 working days, and administrative caps of £200 (plus VAT), when responding to leaseholder requests for information required on a sale.

Raising a second deposit to move home, when the old landlord has yet to release the first, is challenging. MHCLG is currently inviting proposals on deposit passporting to make this process easier.

Since the idea of abolishing section 21 notices was raised earlier this year, it has been hard to see how legislative change might be avoided. ‘No fault’ evictions are central to PRS insecurity and the inability of many renters to build their lives securely around the location of their homes. A new MHCLG consultation this summer reiterated that reform here is inevitable, and raises important new questions, particularly in relation to how to recover properties following tenant default, and how to ensure that rent in open-ended lets remains pegged to the local market. What exactly the abolition might actually look like, therefore, remains to be seen.

Leasehold enfranchisement and the RTM

We are still awaiting the outcomes from the Law Commission’s consultations – they are expected later this year. The two sides are entrenched: landlords want to preserve the value of an enfranchisement premium, while tenants want to reduce it. In the face of this, the Law Commission is focusing on transparency, fairness and simplicity. It wants to:

More contentiously, it set out various (necessarily complex) options for valuation methodology which benefit enfranchising leaseholders at the expense of landlords. Perhaps unsurprisingly, this proposal has been criticised for failing to appreciate its impact on the numerous investment markets for leasehold houses. Still, with collective enfranchisement claims often taking a lengthy 12 to 18 months to complete, landlords may prefer to bank negotiated premiums now rather than wait for the final formulation to reach the statute books.

A future for commonhold?

Since 2002, it has been possible for individuals to own the freehold to a “unit” (a flat or house) in combination with a share of a “commonhold association” that controls shared areas. However, uptake of commonhold to date has been exceptionally poor. Many practitioners like to joke that there are more books on the subject than actual commonholds in the country.

Keen to present the system as a viable alternative to leasehold, and the primary model of flat ownership in England and Wales, the Law Commission’s consultation nonetheless identified various barriers to uptake. These are revealed most clearly in the context of complex mixed-use schemes, where developers seek to retain control of common areas as the key to the future development of a site and, according to reform campaigners, the purse strings of a service charge.

A sea change in approach may be inevitable, but it will take time, particularly when it comes to making the system compatible with mixed use. The commission has acknowledged: “It will take some years for its proposals to be implemented and for commonhold to become a realistic alternative for most leaseholders.”

Clients want guidance on the scope and consequence of these myriad consultations and projects, but structuring any degree of certainty into a transaction is challenging. The proposals reach far, towards long-established practices and across industries. And our real work will begin when it comes to understanding how soundbites will translate into legal drafting. Assuming political pressure remains high with the change in prime minister, the next year will invariably bring more debate and analysis, but in the meantime, we can only watch this space.