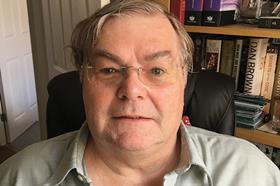 Shared ownership (SO) was first introduced in the early 1980s. The aim is to assist individuals who are in housing need but have insufficient means to purchase a home outright.

When a property is sold for the first time, the minimum share of the equity which can be bought is 25%, and the maximum 75%. Applicants are primarily expected to be first-time buyers, though some applicants who own or have previously owned a home may be eligible.

Different considerations may apply in rural areas where SO properties are being built on a “rural exception site”. These are defined as small sites used for affordable housing in perpetuity where sites would not normally be used for housing. In such cases, the priority for allocations will be set out in the section 106 agreement relating to the development. In many cases, that will stipulate that priority be given to applicants with a connection to the local area.

An overview of the various schemes and eligibility criteria can be found on the GOV.UK website.

The money to build and renovate homes to be sold as SO is provided partly by public funding and partly by private capital. The public funding is administered by Homes England (HE). HE is responsible for producing the Capital Funding Guide. This sets out guidance as to how HE will operate its functions in relation to social housing.

The contents of the guide are, in the main, of use to providers of social housing rather than conveyancing practitioners. However, the guide is useful as a point of reference and the sections relevant to SO can be viewed on GOV.UK.

The Capital Funding Guide includes sample SO leases, which are reviewed periodically. The most recent update was introduced in April 2015. It is not compulsory for a registered provider (RP) to use the sample leases, but it is a recommended format, and the sample leases do contain various clauses which are considered fundamental. These “fundamental clauses” must be included in an SO lease if the particular scheme is to qualify for public funding. The fundamental clauses cover alienation, pre-emption, mortgagee protection, staircasing and rent review.

The alienation clauses have changed significantly between various versions of the model lease. The provisions also differ between leases of houses and flats. On that basis, the issues to consider will vary according to the date of the lease and the nature of the property.

This version of the model lease stipulates that assignment or other dealing with part is not permitted, and underletting of the whole is not permitted until after final staircasing.

It also stipulates that an assignment is authorised if, within eight weeks of the leaseholder notifying the RP that they wish to dispose of their interest in the property, it is made to a person nominated by the RP under one of the following:

If an unauthorised assignment takes place, the RP can, within two months of receiving notice of that assignment, require the purchaser to undertake a final staircasing.

These versions of the model lease stipulate that:

These versions of the model lease stipulate that:

Provisions in leases granted before 2005

Although the pre-2015 versions of the model lease will define the pre-emption period as expiring 21 years after final staircasing, the right ceases to apply on final staircasing. The deed of variation on the HE website should be used to update the lease when it is sold.

The impact of the pre-emption provisions is that if the leaseholder wishes to assign the whole of the premises before final staircasing, they are required to serve written notice on the RP offering a surrender of the lease.

Following receipt of the notice, the RP has a period of eight weeks to serve written notice on the leaseholder either:

The right of pre-emption does not arise if a lease is assigned under:

A feature of the model lease is the mortgagee protection clause (MPC). The MPC is designed to indemnify a lender if the proceeds of sale following a default and repossession are insufficient to cover all of the following:

There is no obligation on a lender to undertake a final staircasing following repossession.

The MPC will only apply if, prior to the mortgage advance being made, the RP has approved both the lender and the terms of the mortgage advance, and the lender has exercised the right to final staircasing prior to or simultaneously with selling under the power of sale. It is therefore essential that buyers’ solicitors ensure that mortgage approval is obtained. Failure to do so will be a breach of the UK Finance Mortgage Lenders’ Handbook requirements.

Staircasing is the right to purchase additional shares in the property. The model lease provides that the leaseholder can staircase to 100% of the equity. There are, however, some leases which limit the maximum equity available by staircasing to less than 100%.

Stamp duty land tax may be payable if a staircasing transaction results in the leaseholder owning more than 80% of the equity.

A rent will always be payable on the equity retained by the RP. The rent review provisions were amended by the 2010 lease. It is therefore important to determine which provisions will apply.

Post-April 2010 leases provide for the rent to be reviewed by reference to a formula linked to the RPI. In contrast to the pre-April 2010 lease, the review is stated to be upwards only.

Other characteristics of an SO lease

The other clauses commonly found in SO leases are broadly similar to those found in leases in general, but there are some differences.

The versions of the lease in use prior to April 2010 did not require the RP to issue consent to assign. Regardless of this, evidence of the RP having consented to the sale should be required by the buyer’s solicitor. If a buyer’s solicitor does not ask for such confirmation, the alienation provisions may not have been satisfied, leaving the RP the option of requiring an “unauthorised” purchaser to carry out a final staircasing.

The version of the lease to be used on or after 6 April 2010 does contain a requirement for the RP to consent to a disposal.

Care should be taken in considering the service charge provisions, particularly if the RP does not own the freehold of the block, but instead holds a headlease of one or more flats in a block. In those situations, the lease is likely to pass on to the leaseholder the obligations contained in the headlease, and the SO lease may not set out the basis on which service charge provisions are payable.

The 2010 and 2015 versions of the lease of a flat set out how and when the service charges are calculated, and the heads of expenditure comprised in the service charge. In general, the RP will seek to recover all its expenditure on repairs, maintenance and insurance in the usual way. The precise provisions will to some extent depend on the circumstances.

Service charges collected in any one year will generally consist of:

The 2010 and 2015 versions of the lease of a house do not contain any specific provisions relating to a service charge in respect of the premises themselves. However, the RP will in all cases seek to recover via a service charge the costs incurred in insuring the property.

If the SO lease of a house includes a requirement to pay a service charge relating to the maintenance and/or repair of shared areas, this may be ‘converted’ to an estate rentcharge in the transfer of the freehold on final staircasing. If that mechanism is being used, care will need to be taken, given many mortgage lenders’ attitudes to such rentcharges.

Repairing obligations are not dissimilar to those found in leases generally. The current model lease of a flat provides the following.

The current lease of a house provides that the leaseholder is responsible for repairs and maintenance to both the interior and exterior of the property.

Extension of an SO lease

The statutory right of extending a lease does not apply to SO leases. However, the term on some earlier leases has now reduced to a level where extending the lease may be necessary or advisable.

HE’s guidance for RPs is that, wherever possible, an extension to the lease should be granted. The view of HE is that in most instances, it is likely to be the shared owner who will be required pay the RP’s legal and other costs in respect of the lease extension.

If the RP is not the freeholder, then of course the RP cannot extend the SO lease term beyond the end date of its own lease without first extending its own lease. This may have cost implications for the SO owner. When considering the implications of a reducing lease term, leaseholders should be aware of the nature of the superior title held by the RP.