In the first in a series of articles in association with the Law Society’s Law Management Section, Andrew Otterburn offers a simple solution to assessing and improving the profitability of your firm’s conveyancing work

For conveyancing firms, life has been tough since the start of the recession, thanks to low volumes of conveyancing work and increased competition, including from alternative business structures (ABSs) and other new market entrants. Recent months have seen a succession of developments that will make life even more difficult for many firms, especially those that undertake work in claimant personal injury, family legal aid or crime. 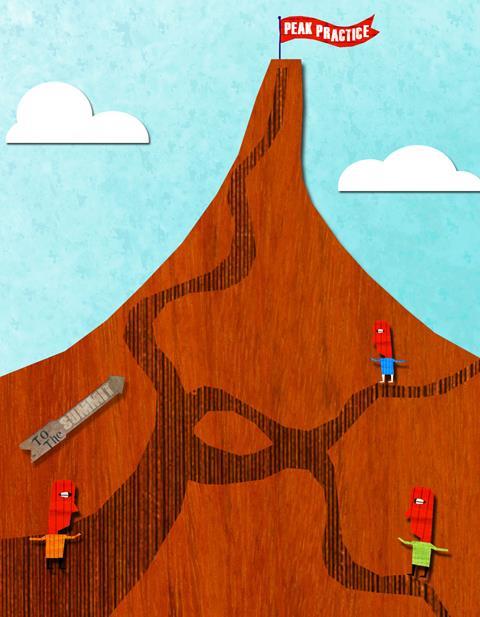 However, some firms have been remarkably resilient and have continued to achieve reasonable returns. Key to being one of these star players is understanding the profitability of your various workstreams, including conveyancing.

In this article, I explain how to analyse your profitability quickly and easily, as well as a couple of options you could explore to increase profitability in your firm.

How profitable is your conveyancing?

Table 1 presents the profitability of the conveyancing departments for a small sample of anonymised firms.

The great advantage of outsourcing secretarial support is that it reduces a firm’s fixed cost base, but it arguably also calls for a different mind-set and a whole new raft  of supervision and delegation skills

The calculations required to put this together for your firm are extremely simple to do, but, if tracked over time, the results can be a hugely powerful tool in improving a firm’s profitability. To do this for your firm, the main task is finding out, from your conveyancing department, the following:

Some of these figures, like fees, partner ‘salaries’ and share of overheads, will be an approximation rather than exact. The calculation is designed to provide an indication of profitability, and to be easy to do, so it can be repeated, quickly and easily, on a regular basis, for monitoring and review purposes.

From Table 1, you will see that just one of these firms, firm 3, is actually covering its share of the firm’s overheads. This is also the firm generating the highest gross margin, of 46%. It is covering its own direct costs, the notional salary of any equity partners in the department, and its share of the firm’s overheads, and is contributing to the firm’s ‘super’ profit. The other firms are not covering their share of overheads, but they are at least making a contribution towards them. In all these cases, the firms would be worse off if they did not have their conveyancing department.

To make sure these figures are meaningful for your firm, you should conduct the calculation regularly, ideally at least every quarter, and look at how you might increase the gross margin percentage. Some options are briefly outlined below.

How could you improve  your profitability?

A focus on departmental gross margin moves a department beyond sterile discussions about the difficulty of charging higher prices, and towards consideration of:

Who is doing the work?

This is an especially important issue in ‘traditional’ firms, where partners, and indeed most solicitors, would work on the basis of a full-time secretary assisting them; secretarial cost is therefore a substantial figure in most such firms. However, many of the new market entrants will take a very different, and more commercially-focused, approach to allocating work, so firms need to challenge this traditional mindset.

Conveyancing (as well as some other areas of work like personal injury) can lend themselves to very low support staff ratios, with (often junior) fee-earners undertaking much of their own typing. Outsourcing  also presents interesting options around secretarial support.

How do you price the work?

Re-assess your pricing, and in particular, the issue of whether more senior people might be able to justify higher fees because of the more personal service provided. At a recent conference, one of the speakers came out with the memorable line that when his son (who is 17) buys his first house, he will probably expect an app to deal with the conveyance, whereas next time he himself moves (and he was in his mid 50s), he would want much broader advice dealing with inheritance tax and long-term planning – and would be quite happy to pay more. In other words, it is about segmenting the market and pricing accordingly.

How is the work being done?

In the latter part of 2012, there was a very interesting discussion on a LinkedIn group which I manage (tinyurl.com/bz88y6n) about the use of outsourcing and voice recognition. This was primarily in relation to private client work, but there are parallels with conveyancing, so the comments made bear repetition here.

The great advantage of outsourcing secretarial support is that it reduces a firm’s fixed cost base, but it arguably also calls for a different mind-set and a whole new raft  of supervision and delegation skills. Participants praised its benefits in helping them with “moving [their] secretaries  into a more paralegal role”, dealing with “large-scale typing requirements”, and reducing their secretarial support ratio to  0.4 per fee-earner. One participant wanted  to take outsourcing even further:

“There should be no in-house secretaries for typing work, irrelevant of the department. If a firm has someone called a ‘secretary’ that person’s role should be assisting the fee earner in a paralegal sense. Any typing should be out-sourced to a well-run organised company who have standby people when others are off.”

However, participants also highlighted the issues which have to be addressed in order to ensure its success. These included “the willingness of fee-earners to change working habits”, and a focus on the “nitty-gritty”, including on differences between individual secretaries (which may come down to “disorganised fee earners rather than poor secretarial skills”) and ways of using existing secretaries better, including on “straight forward fee-earning work, alongside complex document production”. Some participants reported that outsourcing had failed in their firms because secretaries didn’t like the change to their work and saw it as a “threat to job security”, or because “the [digital dictation] checking process is far more time consuming and laborious than that involved [in] checking work done within the office”. Another participant did not see the value of outsourcing within their business model:

“We do not outsource typing as we feel that good client care involves a second person (i.e. the secretary – who prefers to be called an assistant) having a working knowledge of the file. This means that a client does have someone to speak to when the fee-earner is on another call, away from the office etc. They can also deal with a lot of routine matters even when the fee-earner is available, thus freeing the fee-earner up to do the more complex legal work.”

Get these three areas right, and your department is more likely to be successful in this extremely challenging market.