Recently there have been stories in the media about the fraudulent sale of properties. Peter Rodd looks at relevant cases and outlines some of the warning signs of vendor fraud 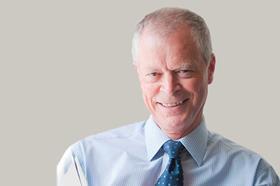 My house has been stolen! – an original headline which caught the attention of the media even if the story behind it is depressingly familiar. The story featured on the BBC’s ‘You and Yours’ programme, as well as in the national press, with journalists and reporters seemingly picturing in their minds the notion that someone had picked up a house and walked away with it. Interviewers sought information as to how it was possible. Had it happened before? Why wasn’t the fraud discovered? Didn’t conveyancers check the identity of their clients?

As all property lawyers will know there have been many examples over the years, including one 2016 case involving the fraudulent sale of a property owned by the wife of Sir Max Hastings, the former editor-in-chief of The Daily Telegraph. In that case HM Land Registry (HMLR) smelt a rat and didn’t register the purchase leaving the buyer out of pocket to the tune of £1.35m.

The cases of Purrunsing (Purrunsing v A’Court (a firm) and another [2016] EWHC 789 (Ch)), P & P property (P & P Property Ltd v Owen White & Catlin LLP and another [2016] EWHC 2276 (Ch)) and Dreamvar (Dreamvar (UK) Ltd v Mishcon de Reya and others [2016] EWHC 3316 (Ch)) ought to be well known to all conveyancers. The Court of Appeal decision in the last two has brought some clarity as to where the buck is likely to stop but leaves it firmly in the lawyers’ court, specifically that of the solicitor acting for the seller.

The common thread running through all of these was that of a high value property.

By contrast, the most recent example, that of the Reverend Mike Hall, involved a property sold for a rather more modest £131,000, in Luton. Details of how the fraudster managed to sell the property are limited, but it appears that it may have involved breaking into the property (thereby gaining access to correspondence relating to the sale which may have been sent there) and fraudulently obtaining a replacement driving licence in the name of the true owner and changing the photo on the licence. Presumably that licence was used as proof of identity for the conveyancer as well as for opening a bank account to receive the proceeds of sale. Press reports suggest that an arrest has now been made which means that more information as to how the fraud was carried out may become available.

HMLR are becoming better at detecting fraudulent transactions and not registering them, thereby avoiding the need to pay compensation. Over the six years from 2009 to 2015 HMLR paid out an average of just under £10m per annum in compensation. In 2020, that figure was down to £3.5m suggesting fraud of this kind is reducing. However, the opposite is likely to be true with the fraudsters becoming more sophisticated – the Luton example perhaps being the exception.

Cases may be settled without becoming widely known and the opportunity to learn lessons lost as a result. In June 2019 the Daily Mail reported how a south London woman returned home after a three-week absence to find her letter box taped up and a mailbox attached to the front door. Some weeks later she received ‘Notice of completion of Registration’ from HMLR confirming the new owner of the property which was worth in excess of £800k. The Land Registry had accepted payment of the registration fee by postal order. The true owner eventually recovered her property. The case appears to be another example of an unsophisticated fraud and one which might easily have been avoided.

The questions which every conveyancing solicitor should be asking themselves are, “Could I or one of my colleagues be caught out by such a scam?” “Is there more that we can do to minimise the risk?”

In the case of Conveyancing Quality Scheme (CQS) practices compliance with Core Practice Management Standard (CPMS) 1.4 goes a long way to avoiding that risk. The Standard came into effect on 1st May 2019. The expectation is that every conveyancing file will contain a fraud risk assessment and that staff will be aware of the warning signs of fraud.

But what are the warning signs and what overlap is there between customer due diligence (CDD) for anti-money laundering (AML) and for fraud? A transaction may be high-risk for one but low risk for the other. Counsel for Dreamvar suggested 10 potential fraud indicators, some of which perhaps reflected a lack of understanding of conveyancing practice, but others are a good starting point, including properties that are:

There are many others including, in no particular order:

The facts of the P&P case set out in the High Court judgement provide an excellent training aid. A series of relatively minor points which with the benefit of hindsight are red flags should have rung a loud warning bell – but how many of us would have spotted them and what would we have done about it?

Fraud will always be with us and as we create systems to prevent fraud, so criminals find a way around them. We’ll never know the latest scam because we won’t have identified it and by the time we do, there will already be a new variant. Constant vigilance, a willingness to challenge anything that seems odd or unusual and regular training updates are the best defence.

Part of the challenge is that we are obliged to provide our clients with so much information at a time when all they really want to know is the cost and when they can collect the keys. As a result, important information may be transmitted, but not read. There is probably no answer to this other than trying to educate both the public and government (not to mention many estate agents) that the conveyancing process is actually very complex. It involves the interaction of a number of different parties and large sums of money which are at risk of payment diversion fraud which the solicitor alone cannot completely safeguard. Even after completion and registration the property (probably the most valuable asset the client will ever own) remains at risk if not adequately protected.

The most recent fraud has highlighted the potential benefit of HMLR’s ‘Property Alert Service’. Is this something we ought to be encouraging all of our clients to do, not only in respect of their own properties but also that of elderly friends or relatives? Should we, as a minimum, point clients in the right direction and encourage them to register? Alternatively, could it be offered as an additional service at the end of the transaction and for those who are most vulnerable? Should you consider the registration of a ‘restriction’ in Form LL, explaining what this is likely to mean when they come to sell the property. This of course adds yet another responsibility to the growing list of things which are now considered to be part of the conveyancing process.

An additional difficulty is that the client is at that stage focused on moving, possibly having waited for some months to be able to do so. Perhaps a better solution would be for HMLR to write to the registered proprietors of the property inviting them to register once the registration of the purchase is complete? Would such a letter coming from an authoritative source a few weeks (or months) after the purchase be more effective? The cost would be considerably less than the amount which HMLR pays out annually in compensation.

If you accept the precept that a property alert service is a good idea, have you considered using it in respect of properties where your firm is acting for the executors of an estate which includes an empty property or indeed where your firm is the executor? Obtaining probate can be a slow process giving ample opportunity for an enterprising criminal to take advantage of the situation. One difficulty is that at present HMLR limit the number of properties which can be monitored to 10, although one can think of workarounds to overcome that problem if that limit remains.

According to research by the Ministry of Housing, Communities and Local Government there are in the region of 648,000 empty properties of which a third have been empty for more than six months. Of all the many warning signs that exist, recent evidence suggests that an empty property is by far the most significant and should be the subject of enhanced due diligence in every case.