In on the act

The Commercial Rent (Coronavirus) Act will be published this month. Claire Hartley and Louise Day look at what’s in it and what it will mean for commercial rent arrears 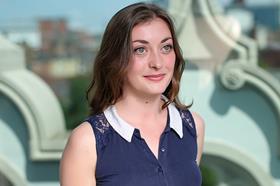 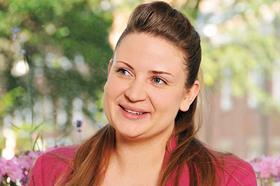 In March 2020 the government first introduced statutory moratoriums restraining landlords from relying upon their usual legal remedies in response to commercial tenant rent arrears. These moratoriums are due to end on 25 March 2022 and the commercial property sector is now braced for what flows from this.

Although these measures prevented the presumed tsunami of redundancies, evictions, and insolvencies, they did nothing to stopper the vast accruals of rent debt. The level of rental debt reportedly remains in the billions.

To encourage negotiation between landlords and tenants in respect of these arrears, the government published a Code of Practice in June 2020. Following a call for evidence in April 2021, the emerging picture appeared to be that the voluntary nature of the Code of Practice was proving a hindrance to successful negotiation and statutory intervention would be required.

Thus, on 9 November 2021, the government introduced its draft legislation, the Commercial Rent (Coronavirus) Bill (‘the Bill’), incorporating proposals for a binding arbitration scheme, alongside publication of its newly revised ‘Code of practice for commercial property relationships following the COVID-19 pandemic’ (‘the Code of Practice’).

At the time of writing, the intention remains that the Bill will become law on or by 25 March 2022. The Code of Practice is already in effect, and parties and practitioners are expected to abide by that code as a first port of call.

Although still subject to amendment, the government has clearly set out the purpose and intention of the Bill. From their statements and commentary during the readings concluded thus far, we can be relatively sure of the foundational points that will become law, and the particular points to note for property practitioners.

The principles underpinning the Bill are set out in clause 15.

The key aim of the Bill is to preserve viable businesses. However, the government have made it clear that this should not come at the expense of a landlord’s own solvency. Any relief given must be no more than is necessary, and any tenant who is able to pay should be required to do so in full and without delay.

The arbitration process is intended by the government to act as a ‘backstop’: landlords and tenants are strongly encouraged to negotiate as recommended in the Code of Practice and refer to arbitration only where negotiation has failed to find agreement.

Rent will be “protected rent” for the purposes of the Bill if:

Practitioners should refer to Annex A to the Code of Practice for confirmation of the protected period relevant for each sector, which in any event begins on 21 March 2020 and ends no later than 18 July 2021 for England, or 7 August 2021 for Wales.

It is irrelevant whether certain limited activities were allowed to be carried on despite the closure requirement. For example, a restaurant was still “adversely affected” within the meaning of the Bill and rent due during this time will be protected rent, even if it was allowed to undertake some take-away business.

The anticipated arbitration process, summarised as follows, is also set out in Annex C to the Code of Practice.

The letter of notification and pre-action negotiations

Either party may apply for arbitration after:

The application will not be accepted if the Pre-Action steps are not evidenced and it must include a formal proposal with supporting evidence.

The respondent has 14 days from receipt to submit its own proposal. Both parties may then submit further proposals. The arbitrator may request further evidence.

Either party may request a public hearing. Otherwise, the arbitrator will consider the matter on paper. If requested, the hearing should be conducted within 14 days of request and will last no more than six hours.

The arbitrator will notify parties of the decision within 14 days of the hearing. Their decision will be based on whichever proposal is most consistent with the principles. The arbitrator’s award will be legally binding.

In the absence of any specific guidance in the Bill it is assumed the appeals process and grounds for appeal will be as set out in the Arbitration Act 1996.

Although the Bill allows for extension, currently an application for arbitration must be made within six months of the Bill becoming law. This six-month deadline is inclusive of the pre-action steps.

The applicant to the arbitration is liable to pay the application fee up front. Parties should also be aware that there is likely to be an additional fee for any hearing. The arbitration award will deal with fee contributions: the arbitrator can order as they deem appropriate.

A protected rent debt subject to a Company or Individual Voluntary Arrangement (CVA or IVA), or to a compromise or arrangement sanctioned under sections 899 or 901F of the Companies Act 2006, cannot be referred for arbitration.

Conversely, if the whole of part of a protected debt has been referred to arbitration, then no proposal for a CVA or IVA, or to a compromise or arrangement sanctioned under sections 899 or 901F of the Companies Act 2006, may be made in respect of that debt.

The Bill prevents landlords from using the following remedies in relation to protected rent debts during the moratorium period:

Save for the above, all existing moratoriums (which cover all rents not just protected debts) will end on 25 March 2022.

Once the Bill comes into the force, either party may apply and the court will stay proceedings for protected rent debt claims that were issued on or after 10 November 2021 but before the moratorium period. Any judgments given during this ‘limbo period’ will not be capable of enforcement during the moratorium period, although the judgment debt may be referred for arbitration under the Bill as regards relief from payment.

There is currently no prohibition against issuing debt claims in civil proceedings for rent debts, but practitioners should be aware that the ability to enforce any judgment granted will be limited until the moratorium period ends, and that debt subject to proceedings issued but not resolved by the moratorium period are likely to be referred to arbitration in any event: parties may not want to incur fees in both litigation and arbitration.

Any amount drawn down by a landlord to cover a rent debt is treated by the Bill as unpaid rent, and if used towards a debt which would otherwise have been protected, then the draw-down is considered protected rent debt. Where a landlord has already lawfully drawn down, the tenant will be under no obligation to top up the deposit before the end of the moratorium.

In usual course, a landlord may appropriate payments as it sees fit unless the tenant has specified it for a particular debt.

Landlords and their advisers and agents need to be clear on these points and ensure that they know which tenants and rent debts are caught by the Bill. It will be necessary to review how any payments have been applied, and re-apply them if necessary, in anticipation of the Bill becoming law. Existing agreements between the parties in respect of protected rent debts are unaffected by the Bill.

The arbitration scheme intends that only viable businesses, or those that would become viable with relief from payment, are eligible for arbitration. The Code of Practice requires tenants to evidence their financial position in support of their concessionary proposals. By contrast, there is no obligatory wording on the landlord to do so, although it allows that they ‘may’ so choose.

Examples of appropriate evidence to provide as part of the negotiations are provided at Annex B to the Code of Practice and tenants should be advised to do so as transparently as possible.

The principles require that the needs of the tenant are balanced against the landlord’s solvency, and the arbitration process set out in the Bill requires all parties to provide supporting evidence for their proposals. The arbitrator will only make an award that aligns with the principles.

One criticism of the Bill currently in discussion is the lack of objective tests of viability for tenants by which arbitrators should abide. Arbitration may therefore present a greater risk to tenants with newer businesses that have not yet had time to establish themselves due to the pandemic, and it may be more difficult to evidence their viability: if they are unable to do so, then no award will be granted.

Parties may also wish to bear in mind the fact that any hearing held as part of the arbitration is required by the Bill to be ‘public’. Arbitrators are also required to publish the award and the reasons for making it.

The stated purpose of these provisions is to ensure transparency and to ‘help set market expectation and aid negotiations outside of the market scheme’. Although the Bill does require that any confidential information be excluded from the published award, parties may wish to consider what evidence they might be required to provide and the extent to which they wish this to be in the public domain.