Court of Appeal overlooks the case of Fearn & Others 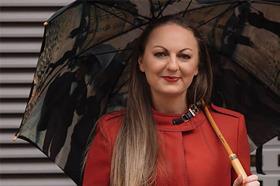 In the recent case of Fearn & Others v The Board of Trustees of the Tate Gallery [2020] EWCA Civ 104, the Court of Appeal held that simple overlooking did not constitute private nuisance.

The appellants were residents of the Neo Bankside development, a modern residential block neighbouring the Tate Modern gallery. During the development of Neo Bankside, an extension to the gallery was also being developed (the Blavatnik building) containing a walkway which presented a stunning panoramic view of London for visitors to the gallery.

The Neo Bankside consists of various apartments which have full floor-to-ceiling windows, some of which face the Tate Modern’s new walkway. This means onlookers from the walkway have a clear view into the apartments.

The appellants had made complaints that visitors to the gallery’s walkway would make gestures, wave, look into the apartments with binoculars and even take pictures of the appellants in their apartments – some of which were subsequently posted on social media.

To seek to deal with those complaints, the Tate Modern put up notices, limited viewing hours and instructed security guards to take action if visitors behaved in such a way.

However, this proved fruitless, and the appellants sought an injunction against the Tate Modern, requiring the walkway to be closed. The appellants alleged that the walkway:

At first instance, the High Court held that the claim failed both under the HRA 1998 and in a claim of nuisance.

Mr Justice Mann held the Tate Modern was not a government body and therefore Article 8 was not invoked. He further stated the residents had “submitted themselves to sensitivity to privacy”, due to the floor-to-ceiling glass walls in the apartments. Mr Justice Mann suggested the residents could install blinds to protect their privacy and thus held there was no actionable nuisance claim.

The Court of Appeal was asked to consider three issues, namely whether:

The appeal was dismissed, although on different grounds to that at first instance, because the Court of Appeal held overlooking was not a private nuisance.

1. Was there a common law cause of action for private nuisance?

On this issue, the Court held, given the authority on the matter, mere overlooking was not to be considered a private nuisance. In coming to this decision, the court considered:

In short, no. Nuisance is a tort and to apply Article 8 to it would distort the cause of action, as the Court would have to take a number of other factors into account (including justification under Article 8(2)) which were irrelevant to a nuisance claim.

The Court considered that if the common law failed in this respect and there was effectively a lacuna in the law, this was a matter for parliament to remedy.

3. Had the judge had erred in finding that, if the tort of nuisance applied, the claim should be dismissed?

The Court of Appeal disagreed with Mr Justice Mann’s finding that the appellants were to be considered unduly sensitive and therefore, even if there had been an actionable nuisance, the claim would not be successful. The Court of Appeal believed there was no reason to suggest the flats were being used in other than a reasonable and normal fashion. Therefore the amenity of the flats is what was in issue and ought to have been considered, rather than what the appellants ought to have done to protect themselves from the nuisance.

Subject to any further appeal (and it is thought the appellants are considering an application to the Supreme Court, so watch this space) the Court of Appeal has made it clear that a claim for private nuisance on the basis only of overlooking will not be successful.

In an ever-developing glass-filled cityscape, this will be good news for developers – although a cautionary note: the Court was clear that one of the reasons the tort of nuisance was not required to be extended was the availability of other causes of action (such as privacy laws) and other legal constraints (such as planning) which will step in.

For practitioners who act for persons seeking to bring a nuisance claim, you should carefully consider the tests for private nuisance and whether, on the facts and instructions, there are any other instances of nuisance which could be included in a claim, in addition to overlooking.

Practitioners should also be carefully advising clients as to the risks of providing cross-undertakings for damages if they are applying for an interim injunction on the basis of private nuisance where overlooking is involved.