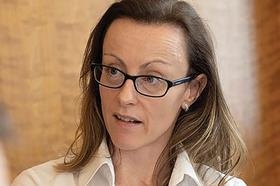 Earlier this year, the Crown Prosecution Service (CPS) updated its guidance for prosecuting the offence of failing to report suspicion of money laundering under section 330 of the Proceeds of Crime Act 2002 (POCA).

This guidance sets out that a charge can be brought regardless of whether any money laundering in fact took place. The aim of the guidance is to clarify the position for prosecutors and enforcement authorities. As a result, it’s possible that we may see an upturn in prosecutions for failure to report offences, assuming the guidance was needed, as prosecutors were not prosecuting where no money laundering had in fact taken place. It is vital that all practising solicitors and personnel in firms understand when the need to report suspicion arises.

In this article we will briefly explore the obligation to report suspicions, what suspicion is, how a report should be drafted, what happens after a report is made and what to tell a client.

What is the obligation to report?

Sections 327 to 329 POCA establish a number of principal money laundering offences and section 330 POCA creates an offence of failing to disclose suspicions of money laundering.

POCA therefore creates a regime of disclosure of suspicions about money laundering to authorities. Those who are disclosing are required to seek a defence to what might be a money laundering offence should the disclosing party proceed with the activity which may cause an offence to occur.

Disclosures should happen as soon as possible to the National Crime Agency (NCA) via its Suspicious Activity Reports (SAR) process. The NCA is a law enforcement body and within it sits the United Kingdom Financial Intelligence Unit (UKFIU) which processes the SARs it receives and may triage those SARs to other law enforcement agencies for consideration.

All those working in the regulated sector are required to make SARs and further seek a defence to a money laundering offence (otherwise known as a Defence Against Money Laundering (DAML)). A SAR should be submitted also when a defence is not needed but suspicion is held. This may be because the law firm /solicitor is not acting any more but is suspicious (this could arise where the client has failed to provide due diligence information when requested by the firm / solicitor).

Generally speaking, the ultimate goal with a SAR is to obtain a defence as a way to protect the lawyer / solicitor should they continue to act and a money laundering offence were to occur. The defence that the NCA provides is often referred to as “consent” and indeed POCA uses this terminology and the NCA used to provide “consent”. However, the NCA has moved away from this language and will not now provide “consent” and instead provide a defence.

In order to know whether a report needs to be made, the potential reporter needs to have suspicion.

POCA does not define what suspicion is. As a result, what constitutes suspicion has been the subject of case law. Current guidance can be found in the case of R v Da Silva [2007] 1 WLR 303 where the judge commented that suspicion is where a defendant must think that there is a possibility which is more than fanciful that the relevant facts exist, such as facts leading to a possibility of money laundering, and that “a vague feeling of unease would not suffice”.

The Legal Sector Affinity Group guidance (LSAG) comments that: “There is no requirement for the suspicion to be clear or firmly grounded on specific facts, but there must be a degree of satisfaction, not necessarily amounting to belief, but at least extending beyond speculation”.

A person does not need to be clear that money laundering or some crime is occurring but if they suspect it could be they should discuss this with the firm’s money laundering reporting officer (MLRO). Suspicion does not extend only to a firm’s client and may arise due to suspicion about another party involved in a transaction.

How should a report be made?

In practice, SARs should be made by the firm’s MLRO. Each firm should therefore have a process for internal SARs from those in the firm to report to the MLRO and the MLRO should then decide whether to file a SAR with the NCA or not. If the MLRO choses not to do so this it should be recorded stating the reasons why.

SARs should be made as soon as possible after suspicion has been formed. Whilst it is possible to make a SAR by post or fax, the majority of SARs will be filed online using the SAR form. Those who report need to register with the NCA website and log on to enable a SAR to be filed.

The online SAR system is outdated and clunky (the NCA has been promising a review of the reporting system for some time). A good portion of the form does not feel applicable to law firms and there may be some information that the reporter does not have (and if that is the case the SAR should say this to ensure the NCA does not need to ask the MLRO for the missing information – see below).

Producing a clear SAR is vital to obtaining a defence. Solicitors have been heavily criticised for their SARs with the NCA frequently calling them deficient. The NCA has produced guidance about submitting a SAR, as well as guidance on how to submit better quality SARs.

These are highly recommended reading.

What should it say?

In terms of how to structure a SAR, it needs to be logical and contain certain elements. SARs should be written from the point of view of telling a story and on the basis that the person reading it is coming to the story cold. It needs to be a standalone document where anyone within the NCA can pick it up and understand what is happening and what is being asked of the NCA.

The more SARs a reporter does the better they will get. Below is a suggested structure:

What not to say

Here are some things not to do in a SAR:

In complicated matters SARs can be tricky and obtaining legal advice should be considered.

When deciding whether to make a SAR, relevant persons and MLROs need to consider whether privilege or information obtained in privileged circumstances applies (meaning the information cannot be disclosed in a SAR) and whether any exceptions bite).

Privilege is a large and complicated area of law and so is only summarised here. The latest version of the LSAG guidance has been comprehensively re-written in this area and this should be consulted. Further, the Law Society has a Practice Note on privilege which is useful.

Communications between a client and a legal professional will attract privilege even if the document itself contains no advice as long as the documents relate to the underlying transaction.

Information being provided in privileged circumstances is not the same as legal professional privilege and is a design of POCA to comply with the exemptions from reporting set out in the European directives.

If the goal of the giving of the information is to further a criminal purpose, then the exemption will not apply.

If using this exemption as a reason not to report a suspicion, that analysis and decision should be recorded.

What happens after a report is made?

The NCA has seven working days (starting the day after the submission) to consider a firm’s SAR and either provide or refuse a defence. It is possible that the NCA will not return to the reporter at all. If this is the case, then the relevant person has a deemed defence and can proceed as proposed in the SAR.

There is a possibility that the NCA provide a reply which is neither a defence nor a refusal to provide one. These are rare and legal advice should be sought should this occur.

What can you tell the client?

Once a SAR has been made (internal or external) informing the client of it creates a risk of tipping off which is an offence under POCA.

However, seven working days is a very long time in a transaction and so, what can persons say to a client to explain why action is not being taken or a transaction concluded? Sadly, there is no silver bullet here. What the individual acting must try and do is stall the client while trying their very best to act ethically and honestly. For example, blaming others would not be correct conduct.

The relevant person must not say something that might alert the client to a SAR having been made, for example by mentioning the MLRO or a risk team. What might be appropriate to say will depend on the facts and again legal advice can be taken.

If the moratorium period is extended by way of court application, then the relevant person can inform the client of that application but must only provide enough information as is necessary and if they go further may risk tipping off. The extension of moratorium periods is rare and so hopefully this will not arise for most firms.

Rebecca Atkinson is the author of the recently published Financial Crime: A Compliance Manual, published by the Law Society. Order your copy here.