Don't get in the red

Not discovering an estate is insolvent until it is too late, or failing to appreciate the implications of that insolvency, creates significant risks. Richard Dew explores the risks, the warning signs, and how to appropriately administer the insolvent estate

In the first, Mr Moneybags had instructed a firm to draft his will, and appointed the firm as the executor of his estate. He died shortly afterwards. After many thousands of pounds of fees, a picture emerged that his pre-death wealth was reliant upon his capacity to earn (significant) income, and he had acquired few real capital assets. Some of the fees may be irrecoverable.

In the second scenario, a firm was instructed to administer an insolvent estate involving significant assets, but also spectacular indebtedness. The administration was conducted with the assistance of the court, the creditors received their entitlement, and the firm was entitled to all the fees in resolving the mess.

The point, of course, is that there are both significant risks and potentially significant rewards in administering insolvent estates. What is important is to recognise, at an early stage, when an estate is insolvent and to then be clear about what steps must be taken to administer that estate. 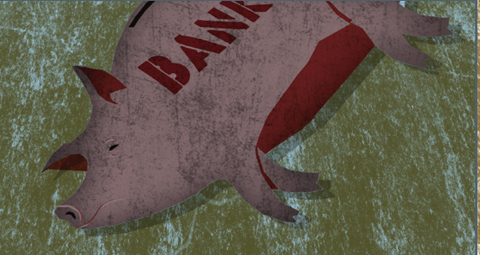 The obvious risk is not getting paid. An estate that (as in the first scenario) turns out to have no assets will not be able to pay any fees, whatever the law or the charging provision of the will. A lack of assets may not be immediately obvious. If (for example) the deceased enjoyed a substantial lifestyle reliant upon income but without accruing capital, it may appear at first glance that there is more in the estate than there actually is.

The less obvious risks arise when the implications of an insolvency are not recognised early on. The most significant concern is void payments. When an insolvency administration order (IAO) is made, all post-death payments are void unless ratified by the court. The court can ratify such payments, but will only do so if they were for the benefit of the insolvent estate. In Re Vos [2006] BPIR 348, the consequence was the disallowance of very substantial sums spent on litigation with the major creditor.

The other risk is in making payments out of order. Believe it or not, a personal representative (PR) who pays in full an ordinary debt will become personally liable to pay all preferential creditors and all other ordinary creditors on the basis that the estate is solvent. The problem is alleviated by section 10(2) of the Administration of Estates Act 1971, but that depends upon there being ‘no reason to believe that the deceased’s estate is insolvent’.

An insolvent estate is one where debts exceed assets (so called ‘balance sheet’ insolvency). Insolvency is deemed to take effect from the date of death, even if the insolvency is caused by a debt that falls due at a later time (so called ‘future’ liabilities). The precise form of the estate balance sheet may take some time to become clear, so what are the signs that an estate is insolvent? Look out for the following.

Most obviously, a pending petition for bankruptcy or a continuing individual voluntary arrangement (IVA) – the latter may fail by reason of death, entitling the supervisor to seek an IAO.

Substantial debts, especially secured debts: are all the assets subject to significant mortgages or charges? Or did the deceased rely upon expensive credit card and loan debts? If so, the apparent assets may be ephemeral – secured creditors are entitled to be paid from their security in priority to all other debts.

Illusory assets: are the assets interests in companies – perhaps overseas – with little transparency or which do not confer controlling interests on the estate? If so, apparent wealth may quickly dissipate, and there is nothing the PR can do.

Where an estate is insolvent, the PRs – or any creditor over the value of £5,000 – may apply to the court for an IAO. This will lead to the appointment of a trustee in bankruptcy, who will apply the rules of bankruptcy to the estate. Fees incurred in administering the estate will be discharged as a priority debt, but not before the fees of the trustee. And those fees will often be very substantial, with consequentially less to be shared between the creditors.

There is no requirement to obtain an IAO. It is possible for PRs to administer an insolvent estate. The administration must follow the rules that would apply to the trustee in bankruptcy, and fees incurred in the administration will be a priority debt. On the whole, this is usually a cheaper means than an IAO and so may lead to greater sums for creditors.

Choosing the method of administration

In the Mr Moneybags scenario above, an IAO is probably the only option. The firm has in all likelihood intermeddled, and must find a means of passing the responsibility of administering the estate without incurring further fees or liability.

On the other hand, where there are – or could be – assets that will need to be administered, a choice must be made between an IAO and administration by the PRs (with or without the court’s assistance).

An important consideration is the consequences of an IAO, which may lead to greater assets being available to creditors. First, the IAO makes payments made after death void, subject to ratification (explored above). Second, the trustee has a statutory right to set aside pre-death transactions entered into at an undervalue or intended to confer a preference upon a creditor. Third, an IAO will entitle the trustee to seek to bring back in property that has passed by survivorship.

On the other hand, an IAO is usually a more expensive process because of the significant charges that are levied by trustees in bankruptcy.

Of course, it is not always the case that the PRs get to make a choice. If the estate is insolvent and a creditor presents a petition, then an IAO will be made whether or not that is in the interests of creditors as a whole. But a PR who can demonstrate that returns may be better without an IAO may be able to persuade the creditor to hold off.

In difficult cases, the PRs may wish, as part of any application to court for directions, to seek the court’s directions as to whether or not they should petition for an IAO.

In most administrations, creditors are paid at an early stage; it is of course much better to pay off the phone bill or credit cards as soon as possible. However, once an actual or potential insolvency is recognised, that no longer applies. Making such payments will give priority to the creditor and potentially give rise to a personal liability on the PR to pay all creditors in the same way. So, the initial reaction must be to cease making any payments other than those which are essential to preserve or secure assets of the estate. Assets should not be distributed until a final picture can be established, or at least until the likely size and shape of that picture is understood.

Another reaction must be to consider carefully the estate’s position in any litigation. Claims or defences brought for the benefit – or at the initiation – of beneficiaries may not be in the interests of the estate when viewed from the perspective of its creditors. So, any existing or potential litigation must be reviewed and a decision taken.

Thereafter, the fundamental issue is  to ensure that such assets are divided between properly ascertained creditors, as follows.

Difficult issues often do arise. There will be inevitable disputes with persons who assert they are creditors when they are not, and often problematic issues about whether expenses can or should be incurred for the benefit of the estate overall. Do not forget the ability of the court to provide directions to resolve these issues without causing the PRs to risk personal liability.

Property that passes by survivorship does not form part of the estate and so is not available ordinarily to creditors of that estate. However, since 2 April 2001, it has been possible, where an IAO has been made, for the trustee in bankruptcy to apply for an order ‘requiring the survivor to pay to the trustee an amount not exceeding the value lost to the estate’ (section 421A of the Insolvency Act 1986). The court is required to give consideration to the interests of the creditors and of the survivor, but unless the circumstances are exceptional, the court must assume that the interests of the deceased’s creditors outweigh all other considerations.

The effect of making such an order is not to bring into the estate the property that passed by survivorship, but instead to give a right to payment of a sum equivalent to that which would have been in the estate if the deceased had been made bankrupt immediately before their death.

It is easy to imagine a scenario where a spouse or surviving partner will be very vulnerable to such an order. For instance, where a person has debts that exceed the value of their estate, the creditor may well look to the assets passing by survivorship (most often the family home) as a potential source of payment. In these cases, the survivor may be better off in making an early offer rather initiating the IAO process.

An estate may also be substantially smaller by reason of gifts, or other payments at an undervalue, made prior to death. Take, for example, the testator who has sought to reduce the size of their estate prior to death by making potentially exempt transfers (PETs), but is unaware of a significant liability that falls due after their death.

In such a case, the trustee may make an application for an order ‘restoring the position to what it would have been if that individual had not entered into that transaction’. Thus, the court has the power to set aside the transaction in whole or in part. Setting it aside will mean setting aside all the consequences of the transaction including (if relevant) any tax falling due on the PET.

It is therefore possible to see how such an order may have the useful effect of not only increasing the estate (by setting aside the gift), but also avoiding the consequences of that gift, including any taxation that resulted from the gift.

Of course, one of the other features of an insolvent estate is that disputes by and between beneficiaries regarding the division of the estate become irrelevant. There is no purpose in debating the validity of the final will if it has no effect in governing the distribution of the estate. Nor is it possible to bring a claim pursuant to the Inheritance (Provision for Family and Dependants) Act 1975, because the ‘net estate’ against which such orders can be made is the estate after the payment of debts and expenses. In the case of Mr Moneybags, there were a number of disappointed individuals who had every reason to believe they would be provided for on his death, but who, in the end, are unlikely to receive anything.