On the right foot

In the first in a series on what property solicitors need to know about different phases of the development process, Gavin Le Chat looks at the importance of a site inspection and other preliminary investigations 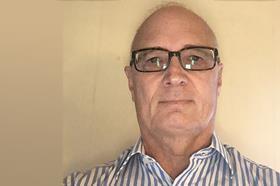 Wherever possible, an inspection of a potential development site should be carried out at an early stage (and certainly prior to the developer exchanging contracts to purchase the site). The importance of a site visit cannot be overstated, and the advantages to be gained from visiting and inspecting the site will far outweigh any the disadvantages, such as cost and the time spent travelling to and walking the site. An inspection may reveal adverse matters that would not be discoverable from an investigation of title, such as the existence of a potential ransom strip (where the site does not directly abut the public highway), the existence of a public right of way or of apparatus belonging to service providers, and potential boundary and right-to-light issues.

What to consider on a site visit

To ensure that nothing important is missed on a site visit, the developer’s lawyer could prepare a checklist. This should include the following.

Disputes and mistakes in relation to boundaries and plans are all too common in the context of property development. However, these can be avoided or reduced by taking the following steps.

The hedge and ditch presumption

Where two properties are separated by a hedge and a single ditch, there is a presumption (in the absence of evidence to the contrary) that both the hedge and the ditch belong to the owner of the property on which the hedge is planted (see Emmet and Farrand on Title (Sweet & Maxwell) at paragraph 17.034). This presumption does not apply if: the position of the boundary can be ascertained from the title deeds; the ditch is not artificial (for instance, if it is a natural watercourse); the ditch or hedge was in existence before the boundary was drawn; or the date on which the ditch was constructed is not known.

Where a property abuts a highway, it is presumed (in the absence of evidence to the contrary) that the owner of the property owns the sub-soil up to the middle of the highway (see Emmet and Farrand on Title, at paragraph 17.036). This presumption can be rebutted by showing that it must be inferred from the surrounding circumstances that the conveyance / transfer of the property was not intended to include the sub-soil of one half of the road. For example, the presumption will not apply where the transferor is obliged to construct the road and to procure its adoption. The effect of vesting the road in the highway authority will not be to transfer the freehold title in the road to the authority, but merely to vest in the authority the surface of the road and so much of the soil below the surface of the road as may be required for its protection, control and maintenance. In other words, the transferor will retain ownership of the soil beneath the road and the airspace above.

The ditch and highway presumption

Where a ditch lies between a hedge or fence of a property and the highway, there is a presumption that the ditch does not form part of the highway and that it is owned by the owner of the adjoining land (see Hanscombe v Bedfordshire County Council [1938] Ch 944 (ChD)). However, there is no rule of law which prevents a ditch from being dedicated as part of a highway, and this presumption may be rebutted (see Chorley Corporation v Nightingale [1906] 2 KB 612 and Halsbury’s Laws of England (5th edition, 2011), volume 4, paragraph 322). For example, the ditch may have been constructed by the owners of the road as a drain for the purpose of taking surface water run-off from the road. (A highway search may assist in determining whether or not a ditch forms part of the adopted highway.)

A developer should always thoroughly investigate the environmental condition of a development site before entering into a contract to purchase the site (unless there is already a suitable ground investigation report on which the developer will be able to rely). A local planning authority will often impose a remediation condition in a planning permission authorising the development of a site (even if the site has not been determined to be contaminated land), and if the site is contaminated, then it will need to be remediated before development can commence. Solicitors acting for developers should also be aware of their professional duties under the Law Society’s practice note on contaminated land in relation to due diligence.

Where a developer intends to rely on an existing report, its age and thoroughness must be carefully checked, and the developer’s lawyer will want to ensure that the report is capable of being assigned.

The developer’s solicitor should carry out various pre-contract searches, including an index map search (using Land Registry form SIM) of the development site and adjoining land.

This search should be carried out even if the title to the development site is registered – it may reveal a sub-surface mineral title. If it does, there is a risk that the digging of foundations may give rise to a claim for trespass by the mineral owner, and the developer may need to investigate the possibility of obtaining a mining rights indemnity policy.

They should also carry out a local search (using forms LLC1, CON29 and CON290). It is recommended that most of the optional enquiries on form CON290 are raised, including those relating to public footpaths, mineral consultation areas, and common land and village greens.

Additional pre-contract searches the developer’s solicitor should carry out include:

Additional searches may be required if, for example, the development site is located in a tin – or clay – mining area (such as Cornwall, Devon, Dorset or Somerset), in an area of archaeological interest, or near a railway or canal.

The results of all searches should be checked, and the developer informed of any adverse entries. For example, if a coal mining search reveals the existence of mine shafts within the boundaries of a site, this should be drawn to the attention of the developer, and if a local search reveals that a site is within a mineral consultation area, then, assuming that planning permission for the development of the site has not been granted, the developer should be told that the planning authority may refuse to grant planning permission if the proposed development would impede the extraction of minerals.

Members of the Property Section are entitled to 20% off the book’s price using the discount code PROPN.