Lay of the land

Land transaction tax, the first new Welsh tax in 800 years, is set to replace stamp duty land tax in Wales from 1 April 2018. Andrew Evans explains how it will work in practice

Stamp duty land tax (SDLT) will cease to apply to land transactions taking place in Wales from 1 April 2018. The Welsh government has decided to introduce its own version of SDLT, land transaction tax (LTT), in order to avoid a shortfall in tax receipts. LTT, along with landfill disposals tax, will be the first new Welsh tax for 800 years. 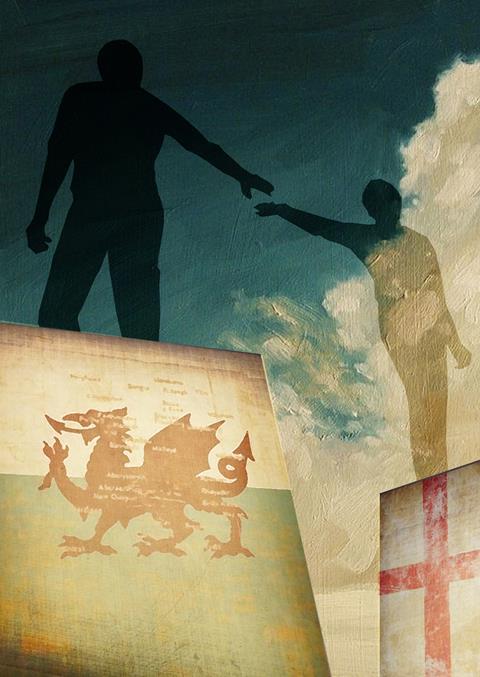 Details of the draft bill

The Land Transaction Tax and Anti-Avoidance of Devolved Taxes (Wales) Bill was introduced into the National Assembly for Wales for scrutiny on 12 September 2016. The bill also introduces tax anti-avoidance measures. Over the autumn, the finance committee took written comments and evidence and published its report of recommendations. It was scheduled to consider amendments on 16 February and 1 March, and the bill is expected to receive Royal Assent in April 2017.

The Welsh government consulted extensively on the form of LTT, with stakeholders in Wales via the tax advisory group and various tax forums, and through formal consultation exercises. A key message resulting from the consultations was that LTT should be consistent, wherever possible, with existing SDLT legislation. This has largely been achieved in the current draft bill: tax practitioners familiar with SDLT may find the LTT legislation is set out in a different order, but they will recognise much of the drafting, which has been lifted from the SDLT provisions contained within the Finance Act 2003 (FA 2003).

Advisers will have to understand how the provisions will apply to land transactions in Wales from 1 April 2018, and any subtle differences between the LTT legislation and the current SDLT provisions

The bill states that LTT will tax land transactions rather than documents, ensures that substantial performance triggers the payment dates for LTT, and deals with sub-sale reliefs by using the pre-completion transactions and freestanding transfers legislation from the FA 2003.

The provisions of schedule 15 to the FA 2003, dealing with the rules for partnerships, have been incorporated into the bill within schedule 6. Reliefs for charities, registered and social landlords, corporate group transfers and reorganisations, alternative property finance, sale and lease backs and multiple dwellings reliefs continue under LTT, each with their own standalone schedule. Transactions involving six or more residential dwellings are treated as non-residential property for the purposes of LTT.

The bill introduces two new tax avoidance provisions, namely a targeted anti-avoidance rule (TAAR), contained within clause 31 of the bill; and a general anti-avoidance rule (GAAR), contained within clause 65, which will introduce a new part 3A into the Tax Collection and Management (Wales) Act 2016. That act gave the power to establish the Welsh Revenue Authority (WRA), which will be the Welsh equivalent of HM Revenue & Customs (HMRC). The Welsh government has made the decision that the administration and collection of LTT will be carried out by the WRA, with no outsourcing of roles to HMRC. The SDLT anti-avoidance provisions in sections 75A-C of the FA 2003, involving the analysis of national transactions, have not been included in the bill.

The TAAR applies to any relief which can be claimed in relation to LTT. The provision ensures that relief from LTT will not be available in relation to a land transaction that is a tax avoidance arrangement, or which forms part of arrangements which are tax avoidance arrangements. Tax is defined widely and is not limited to delivered taxes (LTT and landfill disposals tax), but also includes income tax, corporation tax, capital gains tax, SDLT and stamp duty. The TAAR denies relief where the obtaining of a tax advantage is the main purpose or one of the main purposes of the transaction.

It is understood that the WRA will exercise the TAAR rules before exercising the GAAR. The TAAR applies to non-devolved taxes, in order to prevent the use of tax-avoidance schemes for non-devolved taxes which could exploit a mismatch between English and Welsh legislation. Therefore, it would not be possible to avoid a non-devolved tax by using an LTT relief, where tax avoidance was a main purpose of the transaction.

The GAAR is formulated on a different basis to the current UK general anti-abuse rule. Like the TAAR, the GAAR applies where the obtaining of a tax advantage is ‘one of the main purposes’ of the transaction. The Welsh GAAR does not contain a double reasonableness test, but requires arrangements, in order to be ‘safe’ from attack, to be consistent with generally prevailing practice, and that the WRA had indicated its acceptance of that practice. At present, the Welsh GAAR only applies to devolved taxes, and will therefore apply to LTT and landfill disposals tax from 1 April 2018.

Both the TAAR and the Welsh GAAR will require the publication of guidance by the WRA as to what is and what is not acceptable in relation to various transactions. The Welsh government finance committee report recommended that detailed guidance be provided by the WRA on the TAAR and the GAAR, with the possible establishment of a GAAR advisory panel. It will also be interesting to discover whether the WRA will introduce a clearance procedure to assist taxpayers and their advisers operating at the margins of what may be acceptable, and provide answers in sufficient time to minimise delays to transactions. Finally, there are no current proposals for the disclosure of the tax avoidance schemes (DOTAS) regime to be extended to Wales, although it is expected that there will be regular exchanges of information between HMRC and the WRA.

Surprisingly, there is no definitive map showing the border between England and Wales; the finance committee has recommended that one is produced as a matter of urgency. Transactions involving a property that straddles the border will be required to submit both an SDLT return and an LTT return to the relevant tax authorities. Surprisingly, it is understood that each transaction will enable the taxpayer to claim the benefit of one exempt band in both England and Wales. The apportionment of the consideration will have to be made on a ‘just and reasonable’ basis for the purposes of calculating the tax liabilities. The finance committee has asked the Welsh government to produce further information on how it expects the apportionment to work in practice, before the next stage of the bill. Conveyancers may need to make greater use of land valuers in order to support a ‘just and reasonable’ apportionment.

The Welsh government published a research paper on setting the rates and bands for LTT on 15 September 2016, as the bill does not include details of the rates and bands. The rates and bands will not be set until shortly before the implementation date of 1 April 2018. The Welsh government does not wish to repeat the example of Scotland, where there was a substantial rush to complete high-value residential transactions in the month before the introduction of the land and buildings transaction tax (LBTT), because LBTT rates were higher than SDLT on high-value properties. It is also anticipated that comprehensive anti-forestalling rules will be introduced.

The Welsh government also consulted in September 2016 on the introduction of the additional three per cent surcharge on the purchase of additional residential properties, as details of the surcharge were not contained within the bill. On 14 October 2016, the Welsh government announced its intention to introduce a higher rate of tax on the purchase of additional residential properties. The rate of the additional surcharge will be decided at the same time as the announcement of the rates for LTT. Draft provisions were published on 26 January in advance of stage two of the consideration of the bill by the Welsh Assembly.

One thing we do know is that the Welsh government will adopt a progressive rate of LTT, so that higher value properties will be subject to higher rates of LTT. The Welsh government is hampered by what it can do, because the average house price in Wales in July 2016 was £145,000, and it is estimated that only just over half the property transactions (both residential and commercial) in Wales result in an SDLT liability.

What do practitioners need to do?

Solicitors and other conveyancers who deal with Welsh property will need to keep an eye on the passage of the bill. Advisers will have to understand how the provisions will apply to land transactions in Wales from 1 April 2018, and any subtle differences between the LTT legislation and the current SDLT provisions. The delay in the announcement of the LTT rates will cause an element of uncertainty. However, as the Welsh government will have to raise a similar amount of tax as currently raised by SDLT, it can be anticipated that the rates will be similar to the current rates of SDLT. Solicitors and conveyancers will also have to understand the procedures for filing LTT returns with the WRA, and may need to register with the WRA to use electronic filing, which is being encouraged by the Welsh government. The next year will certainly prove interesting for professionals advising on Welsh land transactions.