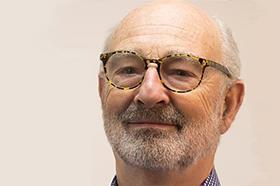 What does a typical day look like for you?

Before I decided to retire from medico-legal practice about six months ago, I tended to work almost every day, including weekends, for a few hours at least, on contentious probate cases. For the first three months or so after that, I turned down a lot of new referrals, but I still had outstanding cases to deal with. For the last three months, I have been working on an audit of all my cases, which is already yielding interesting results. Watch this space.

What’s the favourite part of your job?

Before I gave up clinical practice, helping patients to get better was surely my favourite part. As far as my medico-legal practice was concerned, I really enjoyed another profession’s expertise.

How has your interest in legal mental capacity in older people developed?

Serendipity. I happened into old age psychiatry through contact with a brilliant teacher, Dr Felix Post. To earn money for my sons’ school fees, I undertook forensic reports, including many relating to homicides, when I worked at the Bethlem Royal and Maudsley Hospital in London. One day, a solicitor who had heard of me via my forensic reports work asked me if I would assess the testamentary capacity of a deceased testator. That report was like a snowball rolling downhill. By the time it reached the bottom, it was enormous. I had to give up forensic assessments and stick to mental capacity assessments, mainly testamentary. It has been great fun. I have no regrets.

Are you noticing any trends in the types of testamentary capacity and undue influence cases you advise on?

Since I wrote my first contentious probate report 26 years ago, the medical issue that predominates has always been dementia. However, other diagnoses have started to trickle in, namely schizophrenia and affective disorder. Another is personality disorder (PD), which has posed a question that the courts have yet to answer decisively. In my opinion, PD should not be a disorder of mind within the meaning of Banks v Goodfellow. I had a peach of a case where this issue came up and should have been legally decisive, but unfortunately it settled before trial.

Undue influence is the one issue that has led to the most injustice in the cases I have assessed. It is much too difficult to prove, and courts refuse to grasp this nettle. It is not right that solicitors must hide under the camouflage of lack of knowledge and approval to plead undue influence. Professor Roger Kerridge has called this a fiction, and he is spot on. I strongly recommend his chapter Hastilow v Stobie (1865) in Landmark Cases in Succession Law (ed. Dr Brian Sloan, Hart Publishing, 2019). I must declare an interest here, because he exposes the flawed Court of Appeal decision in Hawes v Burgess [2013] EWCA Civ 94, in which I gave evidence. Perhaps we should return to the Roman law rule on making a will, where, as Kerridge writes, “the beneficiary who took part in its preparation was automatically subject to the penalties of forgery ie the salt mines or crucifixion”.

What was your first job?

House physician at Guy’s Hospital, earning under £1,000 a year.

Do you have a career highlight?

First, qualifying as a doctor, having done no science at school, but with an arts degree from Oxford. Second, giving evidence in Key v Key [2010] EWHC 408 (Ch), which helped to put affective disorder on the contentious probate map.

What’s the best piece of advice you’ve been given?

The three things needed to be a good doctor: (i) take a full history; (ii) get the patient’s clothes off and do a full examination; and (iii) never let the sun set on unfinished business. How many doctors do this nowadays? Humph!

What is your pet hate?

Too many to mention them all, but here are three.

Tell us a little-known fact about yourself

Apart from crossing Poland, I can travel overland from Calais to Vladivostok without the need for an interpreter.

What book is on your bedside table?

I am reading King and Emperor: A New Life of Charlemagne by Janet Nelson, a lovely friend of mine since 1962; and Totenland, a German detective novel written by a doctor under the pseudonym of Michael Jensen.