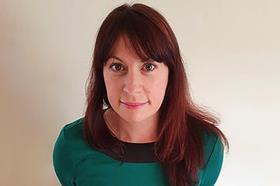 This year has seen a sharp rise in tenants’ requests for pandemic drafting in new leases, and we are seeing increasing numbers of lease renewals where tenants expect that ‘COVID-19 clauses’ are included, even though they were not in the existing lease.

The Landlord and Tenant Act 1954

The legal framework for determining the terms of a lease (other than the rent and the duration of the lease) in a lease renewal is set out in the 1954 Act, which provides that: “…the court shall have regard to the terms of the current tenancy and to all relevant circumstances” (section 35(1)).

The court therefore has a wide discretion to impose variations to existing terms, and it is not bound to follow the form of the existing lease.

Interpretation of the 1954 Act

The case concerned a 1954 Act renewal in which the landlord was proposing new service charge provisions to pass the burden of repair and maintenance of the building to the tenant. The change to the commercial position of the parties was not sufficiently justified and the court refused to sanction the departure from the existing lease terms.

Accordingly, a party wishing to introduce a variation to the existing lease terms in a 1954 Act renewal must demonstrate good reasons and persuade the court to approve the variation, based on justice and fairness. It is not sufficient to simply update the lease to keep it in accordance with modern practice.

The proposed clause would permit a suspension of rent payable by the tenant during a period of lockdown imposed by the government in response to a pandemic or other health emergency. The principle of a 50% reduction of rent during the restricted period had also been agreed.

The tenant in this case was obligated to open for trade during the period in which all but non-essential retailers were required to close during the COVID-19 lockdown, due to its provision of essential postage and banking services at the post office within the store.

Trade had fallen by 90% during this period as the footfall in the Westfield Centre in which it was located was drastically reduced. The tenant therefore enjoyed no commercial advantage from remaining open during lockdown restrictions and the court found in favour of the tenant.

Significantly, the judge also observed that COVID-19 clauses are now part of a tenant’s requirements and the evidence suggested that the market had already priced in such clauses into lease valuations. There would be no uplift in rent to compensate the landlord for the increase in commercial risk.

In the WH Smith case the principle of the inclusion of a pandemic-related rent suspension had been agreed and it was not necessary to satisfy the O’May principles with regards to the departure from existing terms.

However, it is worth noting that the judge found that such clauses would be justified on essential fairness principles in any event. It might have been necessary to make a downward adjustment in rent, should the clause not have been included, since a lease without ‘COVID-19 clauses’ would be worth less in the market. 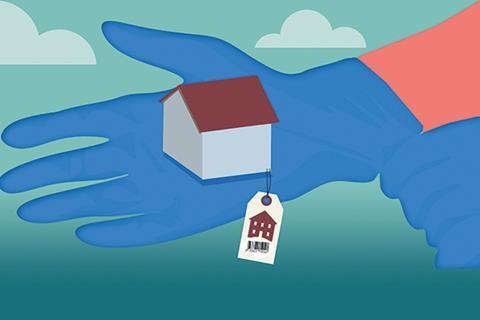 In this instance, the principle of a new COVID-19 related rent suspension had not been agreed and the tenant was proposing to modernise the lease by including a pandemic clause to effectively reduce the rent and service charge by 50 per cent in the event of government imposed restrictions preventing trade.

The court decided in this case that there was no market precedent to impose such a clause, which would fundamentally alter the parties’ commercial relationship. The judge noted that the purpose of the 1954 Act is not to give the courts discretion to rewrite the commercial terms and renegotiate allocation of risks.

Applying the O’May principles and considering “all relevant circumstances” in accordance with the provisions of the 1954 Act, it was appropriate to consider the potential effects of repeated lockdowns. However, it is not the role of the court to: “insulate the tenant against the commercial trading risks they may face in a way that either prejudice the landlord or interfere with their long-term interests” (judgement of District Judge Jenkins).

The tenant’s argument that the proposed drafting would modernise the lease was rejected as it would impose a new risk on the landlord and it would not be fair and reasonable to reduce the tenant’s liability, which would amount to a redesigning of the previously negotiated risks.

In his judgement, Jenkins noted that the tenant is likely to have the benefit of government schemes in any future lockdowns, such as the furlough scheme and the rates holiday. The landlord would have no such control and the reasons given by the tenant were not sufficient to justify the proposed sharing of risks.

In addition, further proposed drafting put forward by the tenant included a clause preventing the landlord from forfeiting the lease during a lockdown period. This was also rejected by Jenkins, stating in his judgement that this would “significantly alter the existing commercial balance between the parties”.

The impact on lease renewals

WH Smith may also have been decided differently, had the location been different. The tenant relied on the footfall of the shopping centre in which it was located to bring in customers and the judge commented that the benefit of its location had been severely affected in a “largely echoing Westfield centre”.

The cases referred to above were decided in the county court and are not binding on future decisions. However, they serve to provide a useful insight into the attitude of the courts in relation to fairness and the allocation of commercial risks in the post-COVID-19 market.

The implications for future negotiations

The market has seen a shift towards pandemic drafting being included in leases and 1954 Act renewals, including where no such terms had been contemplated in earlier leases.

However, landlords should be wary of accepting blanket COVID-19 clauses without proper consideration of the implications. Tenants may be able to take advantage of government schemes and may also be assisted by legislation permitting rates holidays or other financial incentives.

The implications of open market rent reviews should also be considered Tenants may expect a reduction in rent in return for accepting a lease without COVID-19 protections for tenants.

It is clear from the recent 1954 Act cases that the courts are prepared to exercise their discretion to authorise departures from existing lease terms in the interests of justice and fairness. However, the court will consider the implications of all of the relevant circumstances and a departure from existing terms may not be justified if it results in an unreasonable change to the commercial position of the parties.

Try to agree commercial terms as early as possible – the onus is on the tenant to justify the introduction of new lease terms that alter the commercial position of the parties.