Francine Blanc looks at the problem of racism and a lack of diversity in the legal sector, including property law, and offers some ideas for what firms can do to improve racial diversity 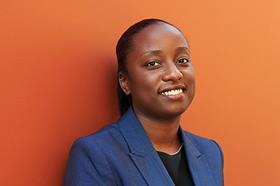 The year 2020 will no doubt go down in the history books as a year of great significance. The UK left the European Union on 31 January 2020; we faced a global pandemic which infected (and continues to infect) millions of people from all four corners of the globe; and we witnessed the death of George Floyd, an African American man, at the hands of the police, which sparked a wave of global protests and marches against police brutality towards black suspects, and the lack of police accountability for that brutality.

In response to Floyd’s death, many businesses and institutions, including law firms, rallied behind the Black Lives Matter movement, issuing formal statements in support of the movement and denouncing the contribution of the police to Floyd’s death. There was an explosion of conversations regarding institutional racism and racial injustice, and many companies launched new diversity initiatives and donated to anti-racist organisations.

While it was positive to see the outpouring of support for Black Lives Matter, we must now turn our attention to how these businesses, especially law firms, intend to actually address the racial imbalances which exist within their workforces.

Racial diversity in the legal sector: the problem

Data published by the Solicitors Regulation Authority (SRA) in March 2020 confirms that black lawyers now make up 3% of the profession, which is reflective of the workforce. This data, however, confirms that when it comes to firms with six or more partners – which the SRA classifies as mid- to large-sized firms – black and Asian lawyers are significantly underrepresented. Firms with 50 or more partners have the lowest proportion of partners from a black, Asian and minority ethnic (BAME) background. Black and Asian lawyers are also overrepresented in certain practice areas, especially criminal litigation and immigration law, and underrepresented in more commercial areas, such as corporate law and real estate.

As well as recruitment statistics, law firms should analyse data relating to their ethnicity pay gap, and compare retention rates between black and non-black lawyers at all levels – from trainee solicitor to partner

The lack of racial diversity within property law is reflective of the real estate industry as a whole. While the issues with gender diversity in real estate are well established, problems with racism and discrimination in the property industry have taken a back seat. A survey carried out by EG between April and August 2020 found that 69% of respondents from ethnic minority backgrounds had experienced racism while working in property; 71% of those from a “black, indigenous and other people of colour” background reported racism as being an issue in the property industry; and 85% said not enough was being done to address racism. However, of the 191 board directors and senior leaders who responded to the survey (85% of whom were white), 42% said racism was not an issue for the property industry. This clearly reflects a disconnect with those at the top, who will often be white men and who are not sufficiently informed as to the problems faced by minorities.

There are also issues with retention of BAME people in law firms; statistics from the SRA do not appear to be available in this regard, but data from Rare Recruitment suggests that the average BAME lawyer’s tenure is approximately 18 months shorter than their white peers across the industry. So, while representation of black lawyers on entry into the legal profession appears to be adequate, there are issues with those lawyers remaining in the profession, and being able to obtain partnership.

The exact reasons behind these problems are not evident, but I would suggest the following are contributing factors.

The lack of black senior lawyers and partners has not gone unnoticed; many black lawyers have been striving to bring these issues to the attention of their firms for several years. Law firms have embraced employee affinity networks, which often highlight the issues facing employees who are in the minority, but many such networks find that they are ‘preaching to the converted’ and lack engagement by those senior members of staff who have the power to make real change. Although those being oppressed are often consulted as to what needs to be done to make things better for themselves, the typically white, typically middle-class majority are central to making key decisions that will eliminate racism in their firms.

What can law firms do to increase and retain racial diversity?

An important first step is data collection: for the situation to improve, we first need to know what the metrics are. At recruitment level, law firms need to know the percentage of ethnic minority applicants who apply for roles, and the percentage who are not successful.

If there is a healthy number of diverse applicants, but job offers are given to a minute percentage (or none at all), this could suggest biases on the part of those responsible for recruitment.

As well as recruitment statistics, law firms should analyse (and, in the spirit of openness, publish) data relating to their ethnicity pay gap, and compare retention rates between black and non-black lawyers at all levels – from trainee solicitor to partner.

Firms also need to check their recruitment panels and processes. Blind CV recruitment is popular, but I would advocate going further; I would suggest firms use specialised blind recruitment software which removes candidate names, secondary school names, candidate locations and details of the university candidates have attended (given the general bias in the legal profession towards candidates from Oxbridge and Russell Group institutions). I would also strongly advocate the use of software which contextualises the achievements of applicants based on their educational background and social environment. For example, Rare Recruitment offers specialised contextual recruitment software which is used in various institutions, including large property-specialist organisations such as British Land, Colliers International, Knight Frank and Savills.

It is positive to see many firms addressing racial disparities

Recruitment panels should be as diverse as possible in an effort to remove potential affinity bias from the process. Many institutions ensure that those responsible for recruitment undergo unconscious bias training, but they should also be encouraged to listen to and hear stories from employees who have suffered from discrimination, so that there is a full understanding and appreciation of the harmful effects of biases and stereotypes.

Proper and adequate mentoring programmes are also essential for increasing levels of racial diversity at the top. Junior lawyers who aspire to be the next generation of partners in their firms will benefit from having a mentor at partner level who can advise them not only about the skills and qualities needed to attain partnership, but also about the subtle nuances and politics which go hand in hand with being a leader, which many may be completely unaware of. This mentoring does not necessarily need to occur between a junior and a partner who are of the same ethnicity, and I would in fact suggest that both parties benefit where mentee and mentor are from different backgrounds. As we tend to gravitate towards and associate with those who look like us, we may not get the opportunity to expose ourselves to a variety of different types of people. Leaders have a responsibility to be as informed as possible, and to see life from someone else’s perspective to help them understand how the decisions they make may impact on different demographics within their organisation.

As well as internal mentoring, serious consideration should be given to setting up community outreach programmes that actively seek black talent from undergraduate level. I would also recommend partnerships with schools whose pupils may not otherwise have the opportunity to ‘mix’ with professionals, so that those who view a legal career as unattainable have the opportunity to see people who look like them working as successful lawyers. This will also show those pupils that there are many different practice areas which are available beyond criminal law, which is somewhat overexposed in the media.

Lastly, firms must ensure that racial diversity and racism are taken seriously by all members of staff. All firms should have an equality and diversity policy which is read by all staff and is kept updated. Firms must also be vocal about having a zero-tolerance approach to racism, and make sure staff know that racist incidents will be taken seriously.

These suggestions are non-exhaustive – there are many other ways in which firms can act to increase levels of racial diversity. For example, various firms have recently committed to setting targets in an effort to increase the numbers of BAME leaders and partners, which is admirable. However, any such targets must be backed up by a practical plan which is implemented and strictly adhered to.

While the death of George Floyd is an absolute tragedy, it has very much shone a light on the continued levels of racism, whether overt or systemic, which are still suffered by black people. It is extremely positive to see that many law firms are taking action to address the racial disparities which exist in the recruitment and retention of black lawyers, and I am hopeful that within the next few years, we will start to see actual change.