How reliable are witness statements and can AI help improve them?

Julia Shaw is a memory scientist whose research on false memory raises interesting questions for the legal sector. We asked her how false memories evolve and if technology can help us spot them.

A false memory is created when memory details stored in the brain are connected to other details that do not belong as part of a memory, and imagination fleshes out the story. 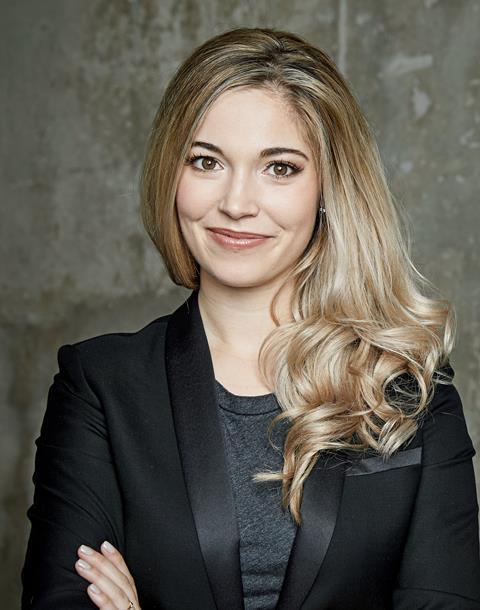 In my own research I have used intentionally ‘bad’ interview methods to create complex fictional accounts of committing a crime. I had participants combine two pieces of real information – their hometown and their best friend – with a false piece of information – that they had committed a crime. With repetition, imagination, and encouragement, these participants wove together a plausible story that they then came to internalise. These recollections can feel so real and complex over time that they became false memories.

In practice, this might occur in the following ways.

Setting expectations, even positive ones, around a witness answering questions can create pressure where people want (and feel they are expected) to tell you more, even if they don’t have any more information.

What are the key differences between a false memory and a real one? (Is it possible to tell?)

The thing with false memories is that they can feel incredibly real. They can have multi-sensory elements, as well as the emotional depth and detail that you’d expect from a real memory.

It’s not possible to tell whether a memory is false simply by looking at a description or account of it. You need to look at the process through which the memory was generated: is there any problematic phrasing, questions or setting in the original interview?

Similarly, you can look at potential bias that might creep into the social setting. A very nice interviewer might be a risk factor for someone making up details because they want to be good witnesses and share a thorough story – they want to help.

In your research, did you find certain groups more likely to be susceptible to leading questions?

As far as we know, everyone is capable of creating false memories of highly important emotional events, but some people are more vulnerable than others. As far as we can tell, this is to do with age: generally, children and young people are more likely to go along with leading questions. Very creative people might be at risk, because they can potentially take ‘smaller’ suggestions and build more elaborate and realistic stories.

Research suggests that the personality of the interviewee – for example, whether you are an introvert or an extrovert – doesn’t really influence whether you are going to create a false memory. But if the interviewer is an introvert, they generally don’t create false memories (certainly in an experimental setting), probably because there is a certain level of rapport that is required for people to trust you to go along with things in imagination exercises, or leading questions, that an introvert might be less able to generate in a short amount of time.

Can you tell us a bit about the bot you co-founded based on memory science, Spot?

Spot is a chatbot designed to help people record their memories of workplace harassment and bullying and submit them to employers.

Humans like to interpret and add their own personality to an interview, which can be problematic

After a decade of studying false memories and how poor interview practices can lead to people misremembering important events, I kept getting asked ‘how do we prevent this from happening?’. I started thinking that artificial intelligence (AI) might be able to help with this. Phil Libin, co-founder of Evernote (who is also interested in memory and AI), introduced me to some colleagues who are now my co-founders. Together we came up with the idea for Spot.

The inspiration came in the early days of the Me Too movement. We thought: why don’t we apply what we know about memories and interviewing to create a tool that helps people remember more accurately and reliably document the emotional experience of harassment or discrimination at work? Typically, the evidence is really shaky, and people seem to be struggling to get their voices heard.

Spot uses the cognitive interview technique, which was originally developed as an evidence-based memory interview to be used by police. It structures the interview in a neutral, fact-finding way to get as much information as possible, while not biasing people’s memories.

This starts with rapport building, giving you the option to get to know Spot (learn about the bot, how it works, why you should trust it) and build trust before it asks open-ended questions, eg ‘Tell me everything you remember about the event’. The person is then given uninterrupted, free recall. People spend anywhere between one minute and four hours using this section. Spot then asks meaningful follow-up questions, such as ‘You mentioned your manager [or the office, or Tuesday] … can you tell me more about that?’. Spot then goes through specifics to make sure the responses are clear: ‘When exactly did this happen? where?’.

Why might a bot be better than a human at using the cognitive interview technique?

The cognitive interview is a scripted interview, which is great for a chatbot. Humans are bad at scripts; they like to interpret and add their own personality to an interview, which can be good but can also be problematic.

Confronting people about inconsistencies in their memory can be difficult

You can create bots that are almost entirely unbiased and are consistent, at least. Spot doesn’t know what you look like, your age or background and it doesn’t care.

We’ve found that people remember more with Spot than using an unstructured approach, such as writing themselves a note. We’ve just finished a study where we tested humans versus Spot, looking at how many details each were able to collect for the same event. We found that Spot helped people to remember about 40 per cent more details.

People are also often unwilling to speak to their employers about harassment at work. Spot gets around this by intentionally not assessing you on anything; it doesn’t try to figure out whether your details are correct or not, it just provides a neutral space to tell your story.

What can solicitors learn from this approach when speaking to witnesses?

We need people to document their experiences more reliably. This is not a revelation in itself, but the tools to do that have mostly been absent: we haven’t really had a non-human interviewer before, or such an unbiased way to contemporaneously record and review your situation that helps you timestamp your memory anonymously.

People often assume (incorrectly) that the interviewee needs an audience who can offer empathy. We might try to be really supportive with someone who is emotional, but this can influence the way the interview unfolds, change the dynamic of the process and potentially bias it.

When tackling cases of an emotional nature, get people to record in a structured way what happened as soon as possible after the event. I did a TED talk where I list those things you should write down, which are easy to forget.

How can lawyers challenge a memory / version of events that seems inconsistent or that may have been contaminated?

When I work with lawyers, the first thing I do is ask for the trail – a chronology of who else this person has talked to about their memory – to try to get as close as possible to the original version. Any number of things can happen which distort the memory, and unpicking those can be difficult. I would advise you look through all the history to see where the story may have changed.

Confronting people about inconsistencies in their memory can be very difficult. But, when you challenge someone by showing them decent evidence and say this couldn’t have happened, they usually take this onboard. It’s not that they’ll forget the memory entirely, but they may change their relationship with it and it can become a non-believed memory – which feels more like a story than a memory.

If you are interested in the different ways in which memory of important emotional and criminal events can become distorted, I wrote a popular science book about the topic that is particularly relevant to the legal profession, The Memory Illusion.