At the conference, Tim Gillett focused on areas where private client practitioners might assist their family law colleagues with tax issues arising on divorce, and how legal separation has a variety of tax implications 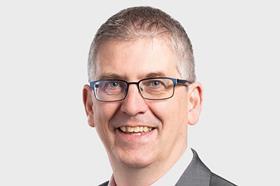 The UK tax code is voluminous, with the pace of expansion showing no signs of abating, but interestingly there is very little that relates specifically to divorce. As a result, the main issues that regularly crop up involve the nuances that arise in a ‘normal’ tax advisory capacity.

In the divorce context, income tax, inheritance tax (IHT), stamp duty land tax (SDLT) and capital gains tax (CGT) are all relevant, but it is the last of these which is the main concern. The matrimonial assets are to be divided between the parties and the courts will wish to take into account any inherent and potential tax liabilities in calculating the net assets available. It should be remembered that certain assets are exempt from CGT.

We have had independent taxation in the UK since 1991 and experienced practitioners may remember the ‘wife’s earnings election’ which had been the precursor.

Maintenance payments are not taxable in the hands of the recipient and there is generally no tax relief for payments, but the tax treatment may differ in other jurisdictions, which could be important in an international context. London is still regarded as the divorce capital of the world, and a look at cases reported in the mainstream media confirms this.

Generally, IHT on divorce can be relatively straightforward, with the spouse exemption under section 18 of the Inheritance Tax Act 1984 (IHTA 1984) being relevant until decree absolute, meaning that assets can pass between the parties without giving rise to an IHT charge.

However, it is necessary to be mindful of the restrictions to the exemption that apply where assets are passing from a UK-domiciled spouse to a non-UK-domiciled spouse. Any transfer of value in excess of the applicable nil-rate band will be a potentially exempt transfer.

Transfers made after the decree absolute may also be exempt if made between or for the benefit of spouses and either are not intended to confer gratuitous benefit (section 10 of the IHTA 1984) or are made for the maintenance of the transferor’s family (section 11).

Similarly, there is usually no charge to SDLT on land transactions by virtue of the provisions in schedule 3(3) to the Finance Act 2003, where the exemptions include those which are as a result of:

The basic rule (in section 58 of the Taxation of Chargeable Gains Act 1992) is that transfers between a married couple or civil partners are regarded as being made at a value which gives rise to no gain and no loss, provided that they are living together in the year of assessment.

Under section 1011 of the Income Tax Act 2007, a married couple or civil partners are treated as living together unless they are:

Trial separation and subsequent reconciliation can be contentious. If it is a short-term separation, HMRC may accept that the parties remained together, but where the separation lasts for at least a year before the reconciliation, was it permanent anyway?

If it had been likely to be permanent and there has been a change of mind, then the parties should be treated as living together from that point or moving back in. Once a divorce has become final, only remarriage would lead to a reconciliation for tax purposes.

It is then necessary to consider what is the date of transfer of the asset for CGT purposes. This can vary depending on the type of contract for transfer or on the date of court order and timing of transfer relative to the decree absolute.

In the years post-separation and until the granting of the decree absolute, a married couple, or civil partners, remain connected persons and the provisions of sections 17, 18 and 286(2) of the TCGA 1992 apply. Any transfers of assets between them will be deemed to be at market value.

The connected party rules potentially give an opportunity for assets to be transferred without triggering a CGT charge under the holdover relief provisions of sections 165 or 260 of the TCGA 1992.

Assets qualifying under section 165 include:

However, HMRC guidance in this area was recently changed without fanfare. Until 2003, HMRC’s view was that holdover was not available on divorce, as the surrender of financial claims would amount to consideration being paid.

This changed following G v G [2002] EWHC 1339 (Fam), where it was decided that if the transfer is under a court order, holdover relief is available.

That approach was called into question in the judgment in the insolvency case of Haines v Hill [2007] EWCA Civ 1284 and, some 12 years after the event, HMRC changed its guidance to revert to its pre-2003 position.

Often the main asset on divorce is the parties’ former marital home. Where a couple is married and living together, only one principal private residence (PPR) is allowed, which is determined on the facts unless the parties jointly nominate. Where the parties are married but separated, there can be two PPRs, unless section 225B of the TCGA 1992 applies, where the property is transferred to the spouse in continuing occupation and the transferor has no other PPR.

A nomination for a residence to be treated as PPR can be made on marriage, on the acquisition of second and further properties, or on disposal if more than one property is still owned, and must be made within two years of the event.

Further changes to the rules were enacted with effect from 6 April 2017, such that non-UK-domiciled individuals who have been resident in the UK in at least 15 of the preceding 20 tax years must pay tax on worldwide income and gains, a status known as ‘deemed domicile’.

For those returning to the UK having had an overseas domicile of choice who were born in the UK with a UK domicile of origin, non-UK-domiciled status is no longer available.

Deemed domicile can only apply in circumstances where the individual is non-UK-domiciled under general law and, once deemed domiciled status is achieved, it can only be broken by an absence from the UK for a period of at least six full tax years.

The remittance basis acts as a deferral of potential liability on foreign income and gains for a non-UK-domiciled but UK-resident individual, and the deferral becomes permanent if funds are spent overseas, or never remitted (brought into the UK), or remitted in specified circumstances.

Remittances include a remittance of the non-domiciled individual’s foreign income or gains by those closely associated to that individual; for example, a spouse, minor children or minor grandchildren, who are ‘relevant persons’.

Where there is a transfer of a non-UK-domiciled spouse’s foreign income or gains to their UK-resident spouse under a court order:

It is important to consider whether any foreign liabilities arise on assets located outside the UK, particularly in relation to land and property, and whether any tax paid in the overseas jurisdiction can be relieved. Is it creditable against the UK liabilities or an additional cost?

It should also be borne in mind that there may be overseas reporting of transfers required; for instance, it is understood that the Internal Revenue Service needs to be informed of transfers of assets from US citizens to aliens.

What does the future hold?

There has been the recent Office of Tax Simplification CGT review, and while nothing is yet certain as to changes, it is pretty much guaranteed that they will be revenue-raising. A number of general questions arise:

With regard to specific issues on divorce, there are often difficulties with the timing of disposal of the former matrimonial home, as the final nine-month period of ownership qualifying for main residence relief is short.

Currently, transfers at no gain, no loss are only available up to the tax year of separation. Will there be an extension of the relief to the later of the end of the tax year no more than two years after separation or such reasonable time for the transfer of assets in accordance with a court-approved financial arrangement?

Tax considerations on divorce are rarely entirely straightforward and there are many opportunities for the private client practitioner to assist family law colleagues.