Hugh Cumber rounds up his workshop on gifts with reservation 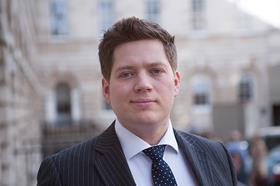 This workshop session was an overview of gifts with reservation (GWR) and the pre-owned assets tax (POAT). This is a highly technical topic, and the session was intended to highlight problems that can arise, and circumstances where the GWR rules are likely to be an issue.

We began with a consideration of the background to the GWR legislation in the wider context of inheritance tax legislation, and then proceeded to look at the GWR rules in outline. We then considered the background to the introduction of the POAT and discussed how those rules fell to be applied in the case of land. Finally, delegates were invited to apply the rules we had considered to a problem question, which had been provided ahead of the session. This problem was designed to reinforce the rules we had covered already and highlight some of the quirks of the rules.

Topics covered included the definition of a ‘gift’ for the purpose of the rules and what it means to reserve a benefit, as well as consideration of some of the statutory ameliorations (such as the ‘full consideration’ let-out, and the treatment of care for an infirm relative). We also considered the tracing rules for GWR. We briefly considered the application of the rules to settled property. Reference was made to HM Revenue & Customs’ (HMRC) own examples, and interpretation of some of the core provisions. We moved on to look at the scope of the POAT rules, and how they interrelate with the GWR rules.

Delegates were invited to participate as we went through the problem question, and we had a good response. The facts of the problem provided were based on a father, Alan, who wished to pass his collection of valuable paintings to his three children while (in some cases) continuing to enjoy them. The problem consisted of a number of smaller issues, designed to highlight, for example, the tracing rules and circumstances where HMRC might seek to apply the ‘associated operations’ rules (by reference to HMRC’s approach in HMRC v Parry [2020] UKSC 35). Delegates were asked to consider alternative versions of the facts given and analyse why a particular situation might be caught by the GWR rules.

For example, one aspect of the problem concerned an Ingram-type chattel scheme, which would arguably have avoided being a GWR but would nonetheless have been caught by the POAT rules.

We also had excellent questions put by the delegates. Due to time constraints, these were answered in the slides provided afterwards.