With Brexit now only six months away, investor sentiment remains positive, but there are broader challenges in the market which need to be resolved, from access to finance to housing supply. Paresh Raja explains

On 23 June 2016, the UK awoke to the news that it would be leaving the European Union (EU). This monumental announcement came about as a result of a public referendum that would ultimately decide the future state of relations between both actors. 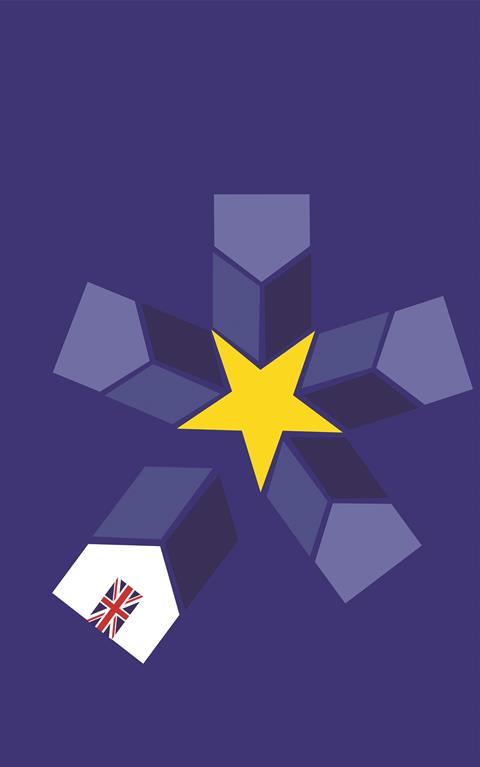 On the morning of the announcement, there were fears that the decision to leave the EU would bring about a period of economic instability and stagnate investment activity in the UK. Indeed, the UK’s FTSE 100 Index dropped by 300 points on 23 June 2016 – the biggest one-day drop since 2009. Despite this, the UK economy proved to be resilient, quickly readjusting to the shock political announcement and growing by 0.6 per cent during the quarter ending a week after the vote.

Since this historic vote, the UK has witnessed the appointment of Theresa May as prime minister, the formal beginning of Brexit negotiations, a snap general election resulting in a Conservative-led minority government, and interest rates rising for the first time in over a decade, after reaching a historic low of 0.25 per cent.

With the UK’s withdrawal now officially scheduled for 29 March 2019, the ability of the current government to effectively manage Brexit is under significant scrutiny, not least due to the limited progress that has been made during negotiations between the EU and the UK.

However, what has been most interesting during this process is the overwhelming resilience of the finance market and the wider economy in continuing to strive forward. Take the value of the pound: after the currency’s sudden slump in reaction to the referendum result, the pound has been steadily rising, and while it is currently hovering around nine per cent lower that its value on the day of the EU referendum, commentators are confident that the currency will strengthen over the ensuing months.

In assessing the performance of the different sectors underpinning the economy, one cannot overlook property, specifically residential. Worth over £6tn, the UK’s residential real estate market has become a leading destination for domestic and foreign investors seeking a safe asset positioned to deliver stable and secure returns.

So how has the UK property market performed since the EU referendum, and what challenges and opportunities lie ahead?

Over the past two years, Brexit has done little to hamper investor appetite for real estate; in fact, average home prices are continuing to rise. According to analysis by Rightmove of the National House Price Index, the national average asking price reached a new record of £305,732 in April 2018, an increase of 0.4 per cent on the previous month and 1.6 per cent on the previous year.

Brexit negotiations have so far failed to deliver any concrete insight into the policy and regulations that will be in place following the UK’s withdrawal from the EU – nonetheless, such ambiguity has done little to deter real estate investment. At the beginning of 2018, Market Financial Solutions surveyed a nationally representative sample of more than 2,000 UK adults to find out how Brexit was likely to impact their property investment strategies over the coming 12 months. The results were enlightening: 53 per cent of those surveyed said they would rather invest in traditional asset classes such as property in 2018 than in newer asset classes, such as cryptocurrencies. Moreover, 63 per cent regard property as a safe and secure asset in the current market, while 18 per cent said they would be considering investing in one or more properties in 2018. Property has retained its reputation as a safe and secure asset that is able to deliver stable returns in times of economic volatility and political shocks.

Foreign investors share a similar positive outlook. For example, a June 2018 survey by Select Property Group revealed that the UK is considered to be one of the top overseas property investment destinations for 77 per cent of investors based in the seven Gulf Cooperation Council countries. And the continued confidence in the market among foreign investors is borne out by research by Savills: Asian investors spent £3.39bn on London skyscrapers in the first six months of 2018, up £590m on the same period in 2016.

However, while the property market may remain a leading investment of choice, there exists a range of challenges facing those seeking to jump on, or move up, the property ladder that have come to light over the past two years.

The uncertainty surrounding Brexit has been a cause for concern for high street banks. Since the 2009 financial crisis, stringent lending measures imposed by high street lenders have made it difficult for borrowers to access the finance needed to quickly complete on a property purchase. Regulations have continued to tighten, affecting a prospective homebuyer’s ability to access a loan from a mainstream lender.

Another research report by Market Financial Solutions delved specifically into this issue, surveying a national representative sample of 2,000 adults in April 2018 about their experiences when attempting to buy a property. The research found that 31 per cent of people who have had an offer accepted on a property in the last decade have seen their deal fail: 33 per cent of those said the failure was because they encountered delays in getting their mortgage delivered by a bank, and a further 16 per cent put the failure down to their bank refusing to issue a loan, despite having agreed to a mortgage in principle.

The difficulty encountered when trying to secure credit from mainstream lenders is clearly becoming an issue – the total number of mortgage approvals in March fell to their second lowest level since 2016. Fortunately, specialist finance avenues such as bridging loans are on the rise, demonstrating the willingness of property buyers to look beyond traditional avenues of finance to acquire a house or flat. The number of bridging loans written in Q1 of 2018 was 33 per cent higher than in the same quarter last year, standing at roughly £4bn.

In the lead-up to the EU referendum, a pressing challenge facing the UK was the delivery of more homes on the market to alleviate growing demand for property. Domestic and foreign interest in UK real estate had created a competitive market, increasing house prices and contributing to property chains.

As outlined above, investor appetite for property has remained strong since the referendum, and demand seems unlikely to slow down anytime soon. This in itself presents a problem that the UK government is still struggling to manage; that is, market demand continues to outpace existing supply.

This so-called housing crisis has become a pressing challenge for the current government. As part of a coordinated response, the government vowed in the autumn 2017 budget to build 300,000 new homes each year to alleviate some of the pressure – though some within the industry have questioned whether such a target is actually feasible. Moreover, the lack of creative measures to help alleviate the housing crisis has been a cause for some concern.

Small firms were once the bedrock of the UK’s construction sector. In 2017, the Home Builders Federation (HBF) published a report which highlighted the subsequent decline: in 1988, some 12,000 small and medium-sized enterprise (SME) developers were responsible for delivering four in 10 new-build properties, but now there are only around 2,500 companies, responsible for just 12 per cent of new builds.

There are various reasons for the sector’s decline, ranging from the imposition of too much red tape and unnecessary bureaucratic processes, through to difficulties in accessing capital to fund development projects. With demand for UK real estate rising, SME developers are needed to take on more construction projects. The HBF report estimated that simply increasing the number of SME developers in operation back to 2007’s levels would boost housing supply by as much as 25,000 new-build properties a year.

Of all the current obstacles facing SME developers, access to finance has been cited as one of the leading challenges when taking on a new development project. According to a recent survey, 57 per cent of small developers identified access to finance as the biggest obstacle they currently face. This is because traditional lenders are increasingly reluctant to approve loans to developers; it has now become commonplace for small construction firms to apply for finance on a project-by-project basis. This not only increases the amount of third-party fees that need to be paid by the developer in arranging loans, but is also a stressful and time-consuming process.

Despite the ambiguity surrounding the terms of the UK’s withdrawal from the EU, there exists a clear desire among investors to pursue property investment in the UK. As such, it seems likely that the country’s popularity as a hub for investment will remain consistent in both the lead-up to, and during, Brexit.

There remains, however, a need for government and industry bodies to improve people’s ability to access the property market, by reforming existing legislation, such as around stamp duty land tax, which increases the financial burden placed on prospective buyers. At the same time, they must also come up with creative new measures to effectively increase the number of homes being added to the market each year.

Over the past 24 months, the property market has remained resilient, but some of the underlying challenges facing UK investors and construction companies persist. Resolving these issues will make real estate more accessible, and ensure the market is ideally positioned to grow in the long term.