Service after death: solving a dilemma for property notices 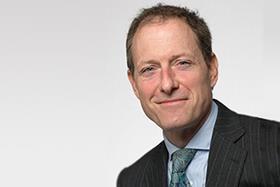 The dilemma: property notices after the death of a landlord or tenant

Where the landlord or tenant of a property has died – and before any grant of representation has been made in respect of their estate – the question often arises of how a notice relating to the tenancy may effectively be served upon them.

The server of the notice faces a two-fold dilemma.

The notice in question may be time-critical, such as one exercising an option relating to the property, or in any event it may need to be given without delay, such as a notice to quit in order to bring a tenancy held by the deceased to an end. In such circumstances, the server of the notice cannot wait for months for any grant of representation to be made to resolve the uncertainty.

Section 18 of the Law of Property (Miscellaneous Provisions) Act 1994

In order to resolve this dilemma, and following the recommendations of the Law Commission, Parliament enacted section 18 of the Law of Property (Miscellaneous Provisions) Act 1994 (LPMPA 1994). This provided a statutory means of service that applied where the tenancy itself (or any other statute regulating service of the notice in question) did not make alternative provision.

The method of service was set out in subsection 18(1) as follows.

This seemingly straightforward provision has given rise to considerable difficulty, due to the requirement not only to serve notice addressed to the PRs, but also on the Public Trustee. What happens if the two steps are not carried out at the same time? When, if at all, does the notice take effect? Such difficulties were often grappled with by county court judges considering the effect of notices to quit served to determine tenancies held by a deceased person – and are graphically illustrated by the case of Gateway Housing Association v Ali.

Mr Ali was the tenant of a house under a weekly periodic tenancy granted by Gateway Housing Association. During his lifetime, it enjoyed protection as an assured tenancy. Following his death in August 2018, the tenancy lost statutory protection but continued as a contractual tenancy until validly terminated by four weeks’ notice to quit, ending on the last day of the weekly tenancy period.

Gateway attempted to terminate the tenancy by notice to quit, requiring possession to be delivered up on 12 November 2018, “or, if later, a day on which a complete period of your tenancy expires next after the end of four weeks from the service of this notice”. The notice was sent by first class post addressed to Mr Ali’s PRs at the property and was deemed served at the property on 17 October 2018. A copy of the notice was sent by Gateway via first class post to the Public Trustee on 18 October, but was only received on 30 October 2018.

The decision rescues section 18 from some fairly ludicrous choreography

All other things being equal, the notice served at the property on 17 October would have taken effect to determine the tenancy on 18 November (the last day of the tenancy period expiring four weeks after such service). However, this did not take account of the fact that the notice, or a copy thereof, had not been served at the same time on the Public Trustee.

If the termination date was calculated by reference to the date of service on the Public Trustee, it would only have taken effect on 2 December. So when did the notice take effect? Or was the notice, by its very nature, ineffective, because a reasonable recipient would be left uncertain as to the date on which it was to take effect – unless confirmation was provided with the notice that it was being served simultaneously on the PRs and the Public Trustee? This was the argument put forward by Mr Ali’s partner, who had been living with him at the time of his death and now faced eviction. The court at first instance agreed with her, following a previous unreported decision of His Honour Judge Luba QC in Pavey v London Borough of Hackney.

Allowing Gateway’s appeal, the Court of Appeal held that the notice took effect to determine the tenancy on 18 November 2018, four weeks after the notice was served on the PRs at the property, in accordance with subsection 18(1)(a) of the LPMPA 1994. The fact that a copy of the notice had not been simultaneously served on the Public Trustee under subsection 18(1)(b) did not affect this conclusion, provided that it had been received by the date the notice was stated to take effect on 18 November.

Only one notice is required to be served: that upon the personal representatives at the property under subsection 18(1)(a)

The uncertainties that had troubled county court judges in this and other cases – arising from the fact that the notice had not been served simultaneously at the property and on the Public Trustee – were based on a false premise that the notice itself (or two identical notices) was required to be served on both the PRs at the property under 18(1)(a) and on the Public Trustee under 18(1)(b). In fact, it was only 18(1)(a) which governed service of the notice, and the notice took effect if and when served under that provision. In contrast, 18(1)(b) was not directed at the question of serving the notice at all, but was simply an additional procedural requirement that a copy of the notice as it was served should be provided to the Public Trustee. So the fact that the copy was not served at the same time did not affect the date when the notice itself took effect, nor did it affect the notice’s proper interpretation.

This rather neat analysis left open the question: what was the effect on the notice if a copy was not provided to the Public Trustee at all, or only after the date when the notice on its face was said to take effect or expire (as the case may be)? The Court of Appeal explained that the notice was only validated once a copy had been served on the Public Trustee; it was ineffective if this requirement was not satisfied or only met after the notice was said to take effect or expire.

What are the practical implications of the decision?

The decision in Gateway is a welcome balm of common sense and practicality in its interpretation of section 18. It rescues the section from some fairly ludicrous choreography which would otherwise have been required, as illustrated in the arguments put forward on behalf of Mr Ali’s partner.

It is now clear that only one notice is required to be served: that upon the PRs at the property under subsection 18(1)(a). Such notice falls to be interpreted and takes effect on a freestanding basis without regard to 18(1)(b). The latter provision is simply an additional procedural requirement which must be satisfied to validate the notice before the date it is stated to take effect or expire, but nothing more.

Those serving notices must still be on their guard. First of all, check whether the tenancy itself (or other legislation) makes different provision for serving the notice in question in the circumstances of the intended recipient’s death. Where section 18(1) applies, do not overlook the requirement to serve a copy of the notice on the Public Trustee. Where the notice is one to exercise an option before a specified deadline, it is essential to establish that this – as well as service of the notice itself at the property – has taken place before the deadline.