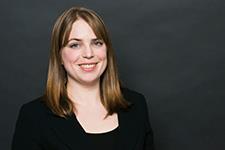 For hundreds of years, landlords to whom arrears of rent were due had the right to take their tenants’ goods in order to satisfy the debt. The exercise of this right was referred to as “levying distress”. In 2014, distress was abolished by the implementation of part of the Tribunals, Courts and Enforcement Act 2007 (TCEA 2007). The TCEA 2007 introduced a new, highly prescriptive way in which commercial landlords can take control of goods to satisfy arrears: Commercial Rent Arrears Recovery (CRAR).

Prior to 2014, it was settled law that if a landlord levied distress after a right to forfeit had arisen it thereby waived that right. In Brar v Thirunavukkrasu the Court of Appeal was required to determine whether this was also the case when CRAR was exercised.

Sarvananthan Thirunavukkrasu was the tenant of commercial retail premises at 101 Stanley Road, Teddington, Middlesex. His landlords were Saljit Sing Brar and Jinder Brar.

The tenants commenced proceedings which alleged, amongst other things, that the landlords had waived their right to forfeit by exercising CRAR.

At first instance His Honour Judge Madge was asked to determine, as a preliminary issue, “whether or not the [landlords’] actions in purporting to forfeit the lease on 12 February … were lawful or unlawful”. The judge, by his own initiative but with the consent of the parties’ counsel, decided to treat the matter before him as a summary judgment application on assumed facts.

His Honour Judge Madge determined – assuming that the rent was due – that the exercise of CRAR rights waived the right to forfeit, just as the levying of distress had done before 2014.

The landlords first appealed to the High Court where Mr Justice Marcus Smith dismissed their claim.

The landlords’ second appeal was heard by the Court of Appeal on 3 December 2019. Lord Justice David Richards, Lord Justice Newey and the Master of the Rolls agreed with the lower courts and dismissed the appeal.

In a joint judgment, all three judges considered the principle behind the settled law that distress waived the right to forfeit. They explained that, subject to statutory provisions (which were irrelevant for the case before the court), distress was a common law remedy that was only available during the currency of the lease. Therefore, by levying distress, the landlord was treating the lease as continuing and waiving the right to forfeit.

The judges then considered section 79(4)(a) of the TCEA 2007, which provides that CRAR cannot be exercised after a lease comes to an end by forfeiture. They held that this meant that the exercise of CRAR treated the lease as continuing and therefore was a waiver of the right to forfeit.

Counsel for the landlords also sought to rely on section 210 of the Common Law Procedure Act 1852, which gives the landlord a defence to an allegation of waiver if more than six months’ rent is in arrear when an action for forfeiture is commenced. He argued that, because it was not clear at the time CRAR was exercised whether forfeiture would be by action or re-entry, section 210 should operate in both cases. The judges rejected this argument and held that section 210 was irrelevant when, as here, the landlords had forfeited by re-entry; it only worked as a defence to an allegation of waiver in proceedings.

This is not a surprising decision for the Court of Appeal to have made, but it is useful for landlords to have clarity. If your client wants to forfeit by peaceable re-entry, they cannot also use CRAR.