Heading up a large team of solicitors and legacy experts that deals with more than 6,000 legacies each year, we’re well placed to share some practical pointers around making legacy giving work for you, your client and charity. 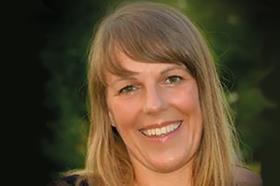 There are 78 charities with both ‘cancer’ and ‘research’ in their names on the Charity Commission Register. This leads to misnamed charities, resulting in gifts to non-existent charities or for charitable purposes, but without a specific charity to leave it to.

One way that legacies for the charitable objectives of ‘cancer research’ have been saved for Cancer Research UK (CRUK), is being able to construe that CRUK was indeed the charity named in the will – for example, if the testator has cited our registered address or our registered charity number.

It is also very helpful if there is evidence of the testator’s lifetime support for CRUK (for example, regular donations or a history of pledging legacy gifts). On enquiry, if an executor feels they can identify a charity named in a will, they are free to distribute the legacy. If not, the executor can request a Royal Sign Manual direction from the attorney general where there are no intervening trusts set out in the will, or if there are, a cy-près scheme from the Charity Commission.

To avoid difficulties, check the charity’s details with the Charity Commission, state the name, registered address and charity number and include a clause in the will allowing executors discretion to benefit suitable charities if it is unclear.

Even if the intended charity is clear, the issue of local branches or committees can crop up. Some local branches are charities in their own right, while others just have a mandate to raise funds and cannot receive legacy gifts. A testator may also specify a particular project or type of work to which they wish their legacy to be left, for example lung cancer research, or the CRUK Manchester Institute.

In both cases, it’s important to contact the charity to clarify the status of a branch or committee, or to ascertain the viability of the specified legacy. There is also an accounting angle, as charities are obliged to clearly separate “restricted income” (for example, for use in a particular project) in their accounts (Charities Statement of Recommended Practice (FRS 102)), so it’s important that intentions are accurately recorded.

Where a specific branch or committee is named but is no longer operational, it’s also important to identify whether the legacy should fail or be used elsewhere in the charity. Where legacies are left for a particular project, it’s best to express these as wishes rather than specific instructions, so that a charity can apply them where there is greatest need. It also prevents a legacy being received that can no longer be used by the time the testator has died.

Another pitfall is mergers. The Imperial Cancer Research Fund (ICRF) and the Cancer Research Campaign (CRC) came together in 2002 to form CRUK. Despite that, we still see legacies to ICRF and CRC in wills written since that date. Section 311 of the Charities Act 2011 says that any gift for a transferor charity, on or after the date of a merger, should “take effect as a gift to the transferee”. While on the face of it, this looks like it will ‘save’ a legacy, the legislation does not expressly encompass legacies that have been made to charities that have ceased to exist at the date of the testator’s death, even if that is due to a merger.

To reduce the risk of failure, you should ensure you:

The Law Commission report, Charity Law: Technical Issues in Charity Law, was published in September 2017 and is still awaiting government response. The report recommends changes to help avoid the risk of legacies failing. In the meantime, charities may retain the shell of any transferor charity in order to avoid the risk of failed legacies, rather than winding it up following a merger. ICRF and CRC still exist for this purpose, receiving legacies which they then pass on to CRUK.

Sometimes a testator may know they want to benefit various charities, but are uncertain as to which. The Charities Aid Foundation (CAF) Legacy Service offers a flexible way to leave one gift to benefit as many charities as the testator wishes, reducing the work needed in drafting and estate administration. Sample clause wording and accompanying letters of wishes can be found on its website.

When giving inheritance tax (IHT) advice, to prevent unexpected liabilities at the time of estate administration, make sure to check that ‘charitable’ beneficiaries are indeed charities. HM Revenue & Customs’ guidance is clear that if executors pay a legacy to a related exempt charity instead of a non-exempt beneficiary, the payment will not be classed as charitable. However, a deed of variation could be entered into to substitute the charity for the original beneficiary.

A deed of variation can also be used to increase a charitable legacy to 10% of the estate, which benefits both individual and charity residuary beneficiaries by bringing the 36% reduced rate of IHT into play. This is particularly helpful when it’s been impossible to have a conversation with the testator at the will-drafting stage, or if the testator’s financial or other circumstances have changed.

A further IHT consideration in estates divided between charities and non-exempt individuals is the Benham and Ratcliffe construction issue (Re Benham’s Will Trusts (1995) STC 210 and Re Ratcliffe (deceased) (1999) STC 262). Section 41 of the Inheritance Tax Act 1984 states that exempt gifts should not bear tax that arises on any other part of the residuary estate, and it cannot be excluded. A common mistake is to deduct IHT from residue before dividing it between all beneficiaries. This has the effect of giving non-exempt beneficiaries the benefit of some of the exempt beneficiaries’ tax status, and infringing section 41.

It’s therefore worth establishing that the testator is both aware of, and comfortable with, the legal position of section 41. If the testator wishes the charities and non-charities to receive equal net amounts, you must draft a specific clause providing for this (the Benham construction). Note that the wording of most professionally drafted wills – which directs that estates should be divided after payment of debts, funeral expenses and taxes, including IHT – is insufficient to be a Benham construction. Ratcliffe established the principle that the gross approach should always be applied, unless there is specific Benham wording.

Charities do not have the same freedoms as an individual to give away part of their entitlement, as they can generally only expend their funds in support of their charitable objectives. Making the testator aware of this, and that only legitimate testamentary expenses can be agreed, can smooth the administration process. While most charities will try to accommodate reasonable requests, making it clear in the will that a testator wishes to make financial provision for a headstone or memorial, for example, makes agreeing to such requests easier.

It’s not uncommon to receive requests from family and friends to receive chattels that are not left to them, on the basis that the testator had promised them. Where they are of minimal or sentimental value, charities are usually able to agree. Any request of value could amount to an ex gratia payment, requiring the consent of the Charity Commission. The test for a successful ex gratia payment is in its CC7 guidance and Re Snowden Dec’d [1970] 1 Ch 700. It is for trustees to satisfy themselves that there are reasonable grounds to believe they would be acting immorally by refusing to make the payment. The power cannot be used lightly or on slender grounds.

A substantial amount of investigation and evidence is often needed to support an ex gratia claim. Consider whether a clause that makes a gift of personal possessions to the testator’s executors, with a request to distribute items in accordance with a flexible letter of wishes, would be a more cost- and time-effective way of ensuring the testator’s instructions.

A similar issue arises when charities are asked for sums of money, and the same ex gratia test applies. Such situations can often be avoided by careful drafting and regular post-execution review of the will by the testator.

Charities do face claims under the Inheritance (Provision for Family and Dependants) Act 1975, particularly if a will has excluded close family members. They can be challenging for charities to defend, as they are often not privy to the reasons behind the testator’s decision to name them as a beneficiary.

The Supreme Court decision in Ilott v Mitson [2017] UKSC 17 was welcomed by charities. It upheld testamentary freedom, confirmed that charities have proper status as beneficiaries, and made it clear that charities rely on legacy income. While that is helpful, solicitors can also help by keeping a clear record showing that the testator considered the reasons for changing any preceding will, those who might expect to benefit from the change, and the reasons for choosing the charities identified.

If a testator is comfortable with it, they may help to make their wishes to benefit a charity known to family members.

If a testator advises a charity that they have been included in their will, that contact, along with a record of any lifetime support, will prove helpful in upholding the testator’s wishes.

Before drafting a charity as executor, it’s worth checking the following.

It’s helpful for an executor charity to be aware of the appointment, and to know where the will and other important information is kept. Although sensitivity is required, it’s essential that a solicitor and testator have a conversation about who will be responsible for letting the charity know of the testator’s death.