Many testators gift chattels to executors absolutely to avoid the hassle of regularly updating their wills. It’s usually straightforward but, as Paul Saunders explains, tax and other implications can arise 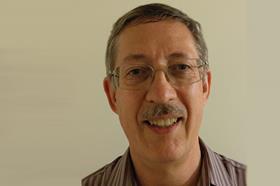 During our lifetimes, we collect many chattels, from our breakfast bowl and jewellery, to cars and perhaps even works of art. We also dispose of some as they wear out or we lose interest in them.

Some chattels will have sentimental value and so, when we die, we may want specific individuals to receive particular items. If we list such wishes in our will, this could create a very long document which would need to be revised regularly to reflect changes in what we own, as well as any changes in our relationships with intended beneficiaries.

To counter the inconvenience (and cost) of re-writing wills for this reason alone, it is not unusual to gift chattels to the executor, in a clause along the following lines:

“I give all my personal chattels (as defined by section 55 of the Administration of Estates Act 1925) not otherwise specifically disposed of by this will or any codicil thereto to my executors and ask them (but without imposing any trust or binding obligation) to give effect to any wishes which may come to their attention as to the disposal of such chattels (whether the wishes are contained in any memorandum placed with this will or found amongst my papers or indicated by words or marks on the chattels themselves or communicated orally or expressed in any other way).”

As such a gift is not a secret, or half-secret, trust – the imposition of a trust being specifically excluded – there is no requirement for the executor to be aware of the testator’s wishes for the disposition of their chattels before death. Also, if the executor gives effect to the testator’s wishes, section 143 of the Inheritance Tax Act 1984 (IHTA 1984) will look through the executor and ascribe the gifts to the deceased. The form of wording above is just one example of the many adopted by will drafters.

This type of arrangement is relatively popular and seen as very convenient, especially with the level of informality by which the list of chattels and their destination can be revised / updated. However, they all have a common feature: the chattels are gifted to the executor absolutely, as confirmed in Re Stirling (deceased), Union Bank of Scotland Ltd v Stirling and others [1954] Ch D 113. But is this a matter of concern?

Usually, it should not be. The named executor will normally give effect to the latest of any letters of wishes that is found, without any particular concerns other than correctly identifying both the chattel and the intended recipient. If a particular chattel cannot be found, or the named recipient cannot be identified (or has died), effect cannot be given to that particular wish.

However, is it all as straightforward as it seems? Below, I consider some specific issues that may arise.

Issues in gifting to the executor absolutely

1. The letter of wishes does not deal with all of the chattels gifted to the executor

As identified in Re Stirling, the gift is to the executor beneficially. To the extent that items are distributed other than in accordance with the testator’s stated intention, then that is a gift by the executor personally. If the will includes a clause similar to the above example and the testator fails to deal with all of those chattels passing to the executor, then, on the face of it, section 143 of the IHTA 1984 cannot apply to those items not listed, or otherwise identified. If, for example, the executor passes such items to the residuary legatees, the executor is making a gift of them personally for inheritance tax (IHT) purposes.

In general, this may have little consequence. But, what if:

(i) any of the chattels which are not listed or otherwise identified by the testator turn out to be valuable (it is not unheard of for that dusty “doorstop” to turn out to be a Ming Dynasty vase worth over £1m), or

(ii) the executor is a company?

In (i), if challenged by HM Revenue & Customs (HMRC), the executor might argue that it is implicit from the letter of wishes that the testator “wished” that those chattels not specifically identified fell into residue. Depending upon the circumstances, the executor might consider entering into a variation effective under section 142 of the IHTA 1984 dealing with the chattels in question, thus avoiding any untoward IHT (or capital gains tax (CGT)) issues.

If, unusually, the will includes provision that a beneficiary can disclaim a legacy in part (without such a specific provision, “all or nothing” applies to the disclaimer of any gift), the executor might disclaim those chattels in respect of which no wishes have been communicated to them.

Of course, it may be that the testator intended the executor to retain personally those chattels which are not subject to a letter of wishes or other direction.

2. No letter of wishes can be found

Where no letter of wishes, or other direction, can be found after the testator’s death, the gift to the executor does not fail. However, the executor may be in a quandary as to what to do with the chattels. If satisfied that the testator had intended to identify their wishes in respect of various items, the executor could canvass those close to the testator to try to identify what their wishes might have been. If that elicits no, or insufficient, information, the executor might consider disclaiming the chattels (although they will need to be careful that they understand the effect of such a disclaimer in the circumstances of the will / estate), or enter into a variation to rewrite, or extinguish, the gift.

3. There is a delay in commencing the administration of the estate

Section 143 of the IHTA 1984 applies only where “the legatee transfers any of the property in accordance with (the testator’s) wish within the period of two years after the death of the testator”. Accordingly, a delay in commencing the administration of the estate could undermine the effectiveness of the testator’s planning.

If the validity of a will is being challenged, any direction in relation to chattels might also be challenged, so it may be unwise to give effect to any declared wishes of the testator until the position is beyond doubt. However, if those wishes are not implemented within two years of the death of the testator, there is the risk that section 143 of the IHTA 1984 will not apply. If the executor complies with the testator’s wishes outside the two-year period, they will be making the gifts themselves and the IHT and CGT consequences will apply, as discussed elsewhere in this article.

4. The executor (or one of the executors) is a company (whether or not a trust corporation)

Where the executor is an individual, they can usually deal with the chattels without any constraints (see (6), below, for examples of situations where this might not be the case). However, where a company or other corporate entity is the executor, things are not so straightforward.

As identified in Re Stirling, where the gift is expressly stated not to create a trust, the executor – the Union Bank of Scotland Ltd in that case – is absolutely and beneficially entitled to the legacy of chattels. Section 143 of the IHTA 1984 will still apply if the corporate executor complies with any wishes expressed by the testator.

However, the existence of a corporate executor may have other, unexpected, consequences, including the following.

5. The executor (or one of the executors) is tax-resident outside the UK

6. The executor (or one of the executors) is in receipt of means-tested benefits, or is bankrupt

Similarly, there seems to be no established case law on whether the gift would vest in a bankrupt’s trustee in bankruptcy, or if such a trustee could apply to set aside compliance with the testator’s wishes if the executor is subsequently made bankrupt.

Usually, CGT has little relevance to the disposal of chattels, as they are generally considered “wasting assets” and therefore exempt. However, if any item, or set of items, is valued at over £6,000, a disposal by the executor other than in accordance with the testator’s wishes could result in the executor needing to return any such disposal to HMRC for CGT purposes.

In most cases, there will be no perceptible change in value between the date of death and the date the executor gifts a chattel. However, the value of a work of art or “collectable” could change significantly, and gains (or losses) may arise even over relatively short periods.

The named executor will normally give effect to the latest of any letters of wishes that is found, without any concerns other than identifying both the chattel and the intended recipient

Where section 143 of the IHTA 1984 applies, it is understood that the recipients will be treated as acquiring the chattels as “legatee” under section 62(4) of the TCGA 1992 – the same as if such items had been gifted directly to them under the terms of the will.

When considering how chattels might be dealt with after the testator’s death, it is important to also consider the position / status of the beneficiaries in the will. As identified above, issues may arise if beneficiaries are:

If the gift is similar in form to the example at the start of this article, it is important that the testator’s letter of wishes (or such other direction by the testator) deals with all items that might be included within the gift, whether specifically listed or included within a ‘mopping up’, so as to avoid the consequences discussed at (1), above.

A possible variation could be merely(?) to give the executor, or some other third party, a right to choose chattels which, without imposing any binding trust or other obligation, they can then distribute in accordance with the testator’s stated wishes. Provided that the items chosen are limited to those in respect of which the testator has expressed their wishes, this should avoid many of the above issues.

Since the original version of this article was published in December 2019, it has been suggested that some of the issues I identified could be avoided by giving the chattels to the executors, or a third party, subject to a power to distribute in accordance with the testator’s wishes, failing which the chattels fall into residue. This seems an attractive proposition, as it would negate many of those concerns.

(It’s worth pointing out that there could still be an issue where the person to whom the power is given is subject to a jurisdiction that treats a power as property, so the tax and bankruptcy questions could still arise. To mitigate this, appropriate consideration should be given to the identity of the holder of the power at the drafting stage.)

Below is a suggested precedent to use if this alternative strategy is adopted. This includes a two-year period for distribution of the chattels, with a discretion to reduce this period. However, testators might prefer to specify a shorter period, to provide certainty that the administration of the estate will not be held up in dealing with the chattels. (My thanks to Thomas Dumont QC of Radcliffe Chambers for his invaluable input in the crafting of the draft precedent.)

Draft clause: Choice of chattels and distribution in compliance with testator’s wishes

I GIVE [my executors / name(s) of beneficiaries]

(iii) any chattels which they have not disposed of in accordance with this power shall be held by them on the trusts, and subject to the provisions, of my residuary estate.

An earlier version of this article was first published on the LawSkills website in December 2019.