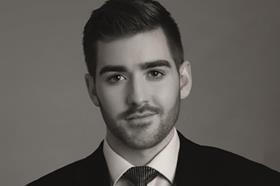 In the September 2021 edition of Property in Practice, I wrote about the government’s plans to introduce legislation to reform the leasehold system to restrict the payment of ground rents in qualifying future residential long leases (such as those granted for a term exceeding 21 years). This meant that these leases could no longer make financial demands in respect of the payment of a ground rent. Just over a year since this legislation was announced by the government, the Leasehold Reform (Ground Rent) Act 2022 (the Act) received royal assent on 8 February 2022 and it has effectively reduced ground rents for most new long residential leases, granted after the commencement of the Act, to a peppercorn per year.

Although the Act has received royal assent, it is worth noting from the outset that the Act is not yet fully in force. Section 25(1) provides that the Act will come into force on such day as the secretary of state may appoint. At the time of writing, it is understood that the government is planning that this date shall be 30 June 2022, except in relation to retirement home leases where the substantive provisions of the Act won’t apply before 1 April 2023 in order to give this sector additional time to transition. It is also worth noting that the secretary of state has the discretion to introduce differing commencement dates for different types of leases, so we may see some variation in dates in due course.

Where does it apply?

The Act applies to leases of dwellings in England and Wales, which covers both leasehold flats and houses. While the Act restricts the ground rent on new long leases to one peppercorn per year, subject to some exceptions, the Act also prohibits the charging of any administrative fees in respect of the peppercorn rent. Importantly, the Act expressly does not apply to business leases, statutory lease extensions (lease extensions granted pursuant to Part 1, Leasehold Reform Act 1967 or Chapter 2, Part 1, Leasehold Reform, Housing and Urban Development Act 1993) community housing leases and home finance plan leases.

When and how does it apply?

The Act is also notably prospective in nature; commentators on leasehold reform have lamented that the legislation did not go further. It will not affect long leases already granted in respect of residential premises which require the payment of ground rent, or even doubling ground rent, or those leases which are granted pursuant to agreements for lease completed before the commencement of the Act (unless pursuant to an option or right of first refusal). These aspects of the Act will be hugely disappointing to existing tenants, albeit a boon to landlords and investors who rely on a steady income stream from ground rent property portfolios. 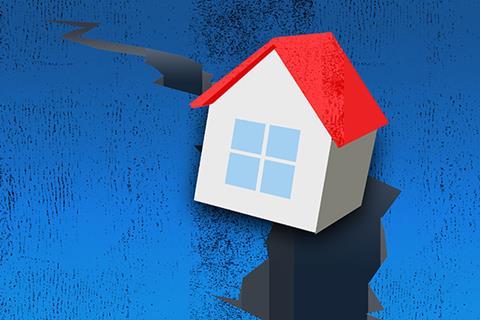 The very purpose of the Act was stated by the government to make leasehold ownership “fairer and more affordable”, and yet it arguably solves only half the issue. Many existing tenants may consider that there is still unfairness if they are subject to ground rent provisions in their leases, including any doubling ground rent provisions, when new tenants are not subject to the same financial obligations. For landlords, there is also a tricky line to tread when varying an existing lease which would otherwise not be caught by the Act – any potential amendments to a lease that could amount to a surrender and regrant, after the Act has come into force, will trigger the Act’s provisions and mean that ground rent will be capped at a peppercorn rent.

On the other hand, some amendments to the bill made in parliament, which are now part of the Act, have further assisted landlords. For example, it is typical in leases to see insurance premiums, rates, and services (among other things) reserved as rent under a lease. In its first draft, the bill had landlords potentially being prevented from recovering those sums if they fell within the meaning of “rent” in the Act. Subsequent amendments have expressly removed this risk.

In terms of enforcement of the new rules, this falls within the remit of the local weights and measures authority (Local Authority Trading Standards); though, district councils are also empowered to enforce the provisions of the Act. Breaching the Act may result in a financial penalty of between £500 (the minimum amount) and £30,000 (the maximum amount) including interest and, as such, landlords (including those that have ceased to be a landlord) will need to make sure they are aware of these provisions when the Act finally comes into force.

All of the above represents only the beginning of the government’s stated desire to reform leasehold ownership. It is currently hard to tell whether there is enough political momentum for there ever to be any restrictions in the future on the payment of ground rent for existing leases, in order to truly make it a level playing field for all tenants. This will depend on several factors and input from key stakeholders in the ground rent investor market. For example, many institutional pension providers hold long-term financial interests in steady-stream existing ground rent portfolios – it is not so simple just to stop that income stream without adequate compensation for these investors. So, while at first glance it may seem unfair not to allow retrospective effect of the Act to, for argument’s sake, existing retirement home leases, it could be those very same pension providers who are using these ground rent incomes (amongst others) to support these leaseholders’ own pensions. A fragile balance will therefore need to be struck.

One possible alternative mechanism which the government could implement to make leasehold ownership “fairer and more affordable” is its announcement in January 2021 of taking steps to allow leaseholders of flats and houses to extend their leases up to a maximum of 990 years, with a peppercorn rent. The then secretary of state for housing, communities and local government, Robert Jenrick, announced that the government would: “Introduce an online calculator [to calculate the premium payable to the landlord for this extension], further simplifying the process for leaseholds and ensuring standardisation and fairness for all those looking to enfranchise”.

To date, there has been no further development on this mechanism.

Perhaps the government can be partially excused this delay given it has been focussed on implementing the Act and dealing with other wider global shocks. However, talking about making something fairer, without actually doing it, means very little to those leaseholders who continue to shoulder the financial burden of ground rents. If hard-pressed tenants across the country are to see any benefit from financial restrictions being removed, at a time when we have a ‘cost of living crisis’ not seen for decades, then now is the time to act. We will just have to wait and see whether the government’s groundwork for wider leasehold reform has truly been laid.