Following the news that Prince Philip’s will is to be sealed from the public for 90 years, Roman Kubiak looks at the legal mechanisms behind this and queries whether wills should be made public at all. 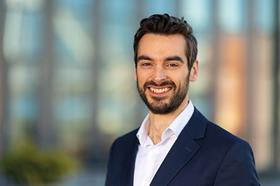 The Will of His late Royal Highness The Prince Philip, Duke of Edinburgh [2021] EWHC 77 (Fam)

It is generally well known that, following a person’s death, their last valid and probated will becomes a public document available for inspection. This is provided for by section 124 of the Senior Courts Act 1984.

However, what is perhaps less well known is that this default position can be disapplied where, under rule 58 of the Non-Contentious Probate Rules 1987, ‘”such inspection would be undesirable or inappropriate”.

In the case of the sovereign (so, currently HRH Queen Elizabeth II) there is well-established authority that the last will need not be proved by probate.

However, that same rule does not apply to other members of the royal family including, as it did in this case, the Duke of Edinburgh, Prince Philip, which is why his executor had to apply to the High Court for permission for the Prince’s will to be sealed from public inspection and why that application had to be made to the President of the Family Division, Sir Andrew McFarlane, as head of probate.

While as with all such prior applications (which also included the Queen Mother’s will) this application was also heard in private, interestingly, this is the first such known decision to have been published leading a number of people to observe that Sir Andrew had no prior authority on which to rely.

The executor’s application, which named the Attorney General as defendant in its role as representing the public interest, specifically sought for:

The application was supported by the Attorney General who, on being invited by Sir Andrew to consider if a time limit on the sealing up of the Prince’s will, proposed a period of 125 years, in line with the perpetuity period under the Perpetuities and Accumulations Act 2009.

Against public inspection, it was submitted that this would:

In determining the application, Sir Andrew first considered the historical context before turning to recent case law, including Brown v. Executors of the Estates of HM Queen Elizabeth, the Queen Mother and Executors of HRH the Princess Margaret, Countess of Snowdon [2007] EWHC 1607 (Fam) in which the claimant, Robert Andrew Brown, sought an order for the wills of the Queen Mother and Princess Margaret to be unsealed on the basis that, he asserted, he was the illegitimate child of Princess Margaret. The claim was eventually abandoned by Mr Brown who apparently sought disclosure under the Freedom of Information Act 2000.

Turning specifically to the application, Sir Andrew addressed the specific factors relied upon by the executor, being:

The executor also asked the court to take into account the confidentiality, privacy and interests of the Queen, Prince Philip and potential beneficiaries.

Interestingly, in considering the general policy decision for the default position that wills should be available for public inspection, Sir Andrew could find no policy reason nor “authoritative explanation for the introduction of the rule” which may, perhaps, signal to some a suggestion that perhaps it is the rule, rather than the current exception, which needs reviewing.

In the event, the application was approved, subject to the sealing up being limited to 90 years, rather than the 125 years proposed by the Attorney General and the indefinite period originally inferred by the application. Sir Andrew further ordered that a list of all Royal wills currently sealed be published.

This decision will no doubt excite debate and discussion on both sides of the argument. Those opposing it are likely to argue that this is a further example of ‘the establishment’ serving itself, reenforcing a ‘them and us’ culture and patronising the masses by inferring that the royal family are less likely to commit fraud (particularly when, contemporaneously, papers have now been served against Prince Andrew in a case which has garnered much negative publicity).

On the flip side, others will argue that there is no public interest in disclosing this information and that, like them or not, the royal family and the institution of the royal family enjoys a special status which requires certain protections.

From a practitioner’s perspective, the key takeaway points are that, provided that it can be shown that the public inspection of a will would be “undesirable or inappropriate”, it may be possible to avoid its publication.

More broadly, this is likely to raise questions over whether wills should be made public at all given that the justification for this was actively questioned in the decision. Keeping wills private would certainly do away with the need for many will trusts and letters of wishes but, conversely, would open the door to greater potential for fraud and likely more applications to the court for disclosure on an already stretched court system.