Lesley King analyses whether members of a discretionary class can disclaim their interest in settled property and looks at a recent case to see how this has worked in practice. 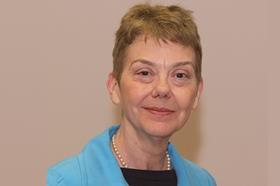 This case is salutary reading for trustees as it illustrates how easy it is, while acting with the best of intentions, to miss matters such as fraud on a power and conflict of interests.

There is a separate point, which we will consider first: is it possible for a member of a discretionary class to disclaim their interest under Inheritance Tax Act (IHTA) 1984, section 93?

“Where a person becomes entitled to an interest in settled property but disclaims the interest, then, if the disclaimer is not made for a consideration in money or money’s worth, this Act shall apply as if he had not become entitled to the interest.”

Readers may be familiar with the section as it is useful where a beneficiary is left an immediate post-death interest in trust property and dies before taking any benefit. The value of the settled property is aggregated with their free estate for inheritance purposes, increasing the overall rate of tax.

Callum leaves his estate of £1m to his daughter, Dana, for life, remainder to her children. Dana dies shortly after Callum with an estate of £300,000 and a single nil rate band.

The £1m trust fund is aggregated with her free estate, and inheritance tax (IHT) is payable on the total. The IHT is apportioned and the trust bears its share but Dana’s free estate will be reduced by its share of the IHT. Without the trust fund there would be no tax.

HMRC does not accept that it is possible to vary an interest in possession after the death of the beneficiary as, they say, there is nothing left to vary. However, HMRC will accept a disclaimer under IHTA 1984, section 93. See Inheritance Tax Manual (IHTM) 35042.

In Smith a member of a discretionary class had (for reasons which I will explain later) effected a disclaimer. The trustees argued that he could not disclaim under section 93 as a mere member of a discretionary class does not have any ‘interest’ to disclaim. Although it turned out to be unnecessary for Paul Matthews J to decide the point, it had been fully argued in front of him. He dealt with it by saying: “Because such cases are few and far between, and this one appears to raise a point not directly covered in the cases, I think that I should nevertheless express my views here.”

He considered that a member of a discretionary class does have a sufficient interest to allow disclaimer.

Even before the trustees exercise their powers of appointment, they already owe the prospective appointees the duty of consideration (see Re Gulbenk’s Settlements [1970] AC 508, McPhail v Doulton [1971] AC 424, and, more recently, JSC Mezhdunarodniy Promyshlenniy Bank v Pugachev [2015] EWCA Civ 139). Moreover, the class members have various rights which may be vindicated by court action, for example, the right to injunctive relief to restrain a threatened breach of trust by the trustees. This bundle of rights constitutes the interest of the class member.

Why did the class member want to disclaim? This requires a little bit of background and leads us to the points on conflict and fraud on the power.

The discretionary beneficiary (John) was an undischarged bankrupt who owed money to his mother’s estate. The estate was virtually the only creditor. John’s mother had left his share of the residue of her estate on discretionary trusts because he was in the process of divorce and she wanted to protect his share. The class members were John, his children and remoter issue. There was a letter of wishes expressing the clear wish that the trustees should pay the trust fund to John should he so request. His siblings were left their shares absolutely.

The trustees (one of whom was an executor of the mother’s estate) applied to court for a blessing of their proposed course of action (often referred to as a Public Trustee v Cooper application after the case where the principles governing the court’s powers to assist trustees was discussed). The trustees proposed to appoint the trust assets to John shortly before his discharge from bankruptcy. Their intention was that the appointed funds would become available to the trustee in bankruptcy as ‘after-acquired property’ and would then be used to pay some of John’s debts to his mother’s estate to the benefit of John’s siblings. John, unsurprisingly, very much objected to the trustees’ proposed course of action – hence the disclaimer. The trustee/executor said in her witness statement that it seemed to her to be “wholly unfair that John’s siblings and, where they are now sadly deceased, the beneficiaries of their shares, will be placed in a detrimental position if an appointment out of the discretionary trust is not made before the [date of discharge].”

Matthews J refused to ‘bless’ the course of action and was very critical of the proposal. He made the following points:

(1) A power of appointment must be exercised for the benefit of the appointee. This appointment would have put no more money into John’s pocket, and would not have enabled more than a fraction of his bankruptcy debts to be paid. It was impossible to say that the proposed appointment was for John’s benefit. Matthews J said “in my judgment it was not within the scope of the power at all”.

(2) It was a fraud on the power designed to benefit the creditors of the bankrupt not the appointee; and

(3) Even if there were no fraud on the power, there was a stark and obvious conflict of interest. The executor/trustee was the chief creditor of John’s bankruptcy. Yet she proposed (with her co-trustee) to make an appointment of funds from the discretionary trust effectively in favour of the estate. The judge said “It is hard to think of a more blatant conflict”. One of the requirements for a Public Trustee v Cooper blessing is that the proposed course of action must not be vitiated by any conflict of interest.