Rokkan v Rokkan and another [2021] EWHC 481 (Ch) is a case in which I have a personal interest, having acted for the unsuccessful claimant.

It relates to the estates of Stein Rokkan, a Norwegian political scientist and sociologist, and his wife, Elizabeth who grew up in Wales.

Stein and Elizabeth married in 1950 in the UK and moved to Norway in 1952. Stein died intestate in 1979, domiciled in Norway. 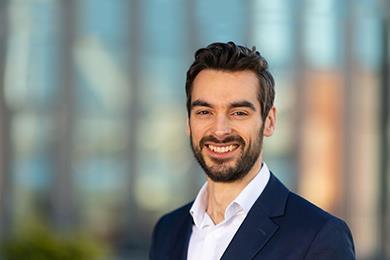 Keen to avoid the intestate rules of succession, that same year Elizabeth invoked the Norwegian process of uskifte or ‘deferred probate’, by which, in very broad terms, a surviving spouse may apply for an order to alter the intestacy provisions on the basis that they then agree to hold the whole of the joint estate of the deceased spouse and the surviving spouse, subject to various obligations.

On the death of the surviving spouse, the joint estate is then split into two equal shares with each share passing to each of the spouse’s heirs, often being the same set of heirs.

Elizabeth returned to Wales in 1987, where she remained until her death in 2016 and died domiciled for succession purposes.

Crucially, under her will dated 11 September 2012, Elizabeth made various specific legacies and bequests at odds with the terms of the Norwegian deferred probate.

As such, relying on the Act of 3 March 1972 relating to inheritance under Norwegian law (‘the Norwegian Act’), the claimant sought a declaration that, inter alia, Stein and Elizabeth’s estates were bound to be distributed in accordance with the Norwegian order of deferred probate.

In support of that contention, counsel submitted that Elizabeth was bound to dispose of her estate in accordance with Norwegian deferred probate by reason of (i) a contract, the terms of which were set out in the Norwegian Act and/or (ii) a trust, whether one falling under the Hague Convention on the Law Applicable to Trusts and on their Recognition or, otherwise, on the basis that, come what may, there existed an arrangement analogous to a trust and that this was sufficient to bind Elizabeth and her estate.

In relation to the first point, Mr Justice Miles held that the “superaddition of a contract to comply with the statute is an unnecessary fiction”.

In relation to the second point, counsel for the defendants argued that the Norwegian Act created its own set of rights and obligations and that, in any event, Norway does not recognise the institution of a trust.

This submission was also accepted by the judge.

In considering these matters, Mr Justice Miles had to ask whether this was an issue to be determined by reference to private international law or to the Anglo-Welsh law of succession.

He found this to be a matter of succession such that it had to be determined by the law of Elizabeth’s domicile, so under the law of England and Wales.

Practitioners beware, therefore, as any obligations imposed on a surviving spouse through the concept of deferred probate under Norwegian law are likely not to be binding on the estate of a surviving spouse who subsequently dies domiciled in England and Wales.

Advancing that argument, any similar obligations which may be imposed on a party under an analogous agreement under the law of a state are likely to have no effect if that party subsequently dies domiciled in England and Wales.