Roman Kubiak and Oliver Rees discuss their recent case in which an Irish executor was ordered to transfer assets from the deceased’s Irish estate to an English executor to settle debts in England and to avoid “forum shopping”. 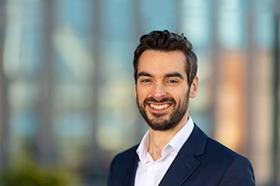 “Should an Irish court prevent the transfer of the assets of the ancillary administration of a deceased’s estate (in Ireland) to the principal administration of his estate (in England), where he had lived and worked?”. This was the question the High Court in Dublin had to determine in ESL, a case in which we acted for the successful English executor. 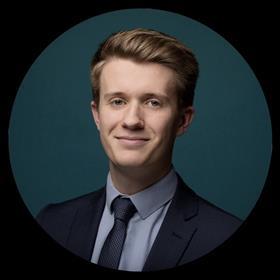 The Irish executor accordingly sought directions of the Irish High Court by way of an interim application in a separate claim brought by one of J’s children (‘ESL’) for financial provision under section 117 of the Succession Act 1965 (akin to the Inheritance (Provision for Family and Dependants) Act 1975 in England and Wales).

Of course, that decision had only persuasive, but nonbinding, authority in Ireland.

The applicants relied on Re Lorillard for two reasons. First, it established that a court has discretion to prevent the transfer of assets to a foreign administrator. Second, the Court of Appeal upheld the decision to refuse to order the transfer of the deceased’s assets to the foreign administrator because the debts of the estate in the foreign administration would have been statute barred under the law applicable in the ancillary administration. This follows the facts of this case, since J’s English debts were ostensibly statute barred in Ireland where there is a two-year limitation period as opposed to the six-year limitation period enjoyed here.

Mr Justice Twomey cited the leading Irish text on the conflict of laws, Irish Conflicts of Law (1988), namely that the default rule is that the administrator of an Irish ancillary administration should only hand over the residue of the Irish assets to the English administrator once he has collected the assets and paid off the debts in Ireland.

In refusing to follow Re Lorillard, Mr Justice Twomey said, at paragraph 4:

“this Court refuses to make an order preventing the transfer of the Irish assets to England, which if granted would be to the detriment of those creditors in England. It is noted hereunder that the effect of the order sought would be to facilitate a form of legal arbitrage and forum shopping, whereby the testator and his beneficiaries preserve wealth in their family to the detriment of creditors by taking advantage of the differences in the legal protection for creditors in disparate jurisdictions.”

While there was no evidence to suggest that this “forum shopping” arbitrage was deliberate, if it had been, then it would involve the testator looking to take advantage of the differences in legal protections for creditors in disparate jurisdictions, which Mr Justice Twomey found to be “akin to a fraudulent preference of creditors in the company law context”.

This case is an important decision for English personal representatives and those advising them when dealing with cross-border estates, particularly where liabilities have been incurred in one jurisdiction and there are assets potentially available to meet those in another. It is also a reminder of the potential duties imposed on personal representatives to the creditors of an estate.