Lesley King comments on a case where a trust beneficiary’s right to income was rescinded on the basis of mistake, and on the government’s consultation on implementing the Fifth Anti-Money Laundering Directive. 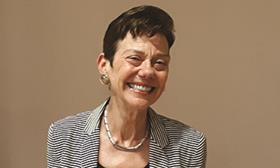 This case was a successful application for equitable rescission on the basis of mistake.

The current law on mistakes was set out (and simplified) by the Supreme Court in Pitt v Holt [2013] UKSC 26. It is being used increasingly to escape the consequences of serious errors. The requirements are as follows.

What is interesting in Payne v Tyler is the nature of the mistake. The facts are an excellent example of the way in which section 144 (normally a helpful section) of the Inheritance Tax Act 1984 (IHTA 1984) can be a trap.

Mrs Alston was entitled to a half-share in Mr Mallet’s residuary estate (about £250,000). A trust was created by deed of variation for the express purpose of redirecting this testamentary entitlement. The aim was to ensure that the value of Mrs Alston’s half-share would not form part of her estate for inheritance tax (IHT) purposes.

Mrs Alston was in need of income and asked whether she could have income from the trust.

The solicitor acting for the trust (Mr Payne) was anxious to avoid upsetting the planning implemented by the deed of variation. He therefore emailed the firm’s tax department for advice; setting out the facts, including the date of the deceased’s death (20 November 2010) and the steps taken to date; and asking whether the trustees could make an appointment to give Mrs Alston an irrevocable life interest in the whole of the trust fund without jeopardising her IHT position.

Mr Payne sought specialist advice, but the advice was wrong

He virtually spelled out the problem: “If not, can you confirm whether the trustees could make an appointment at a later date and if so when that would be. I think the question is whether making the appointment within two years of Mr Mallet’s death carries a risk that the appointment is read back into the will, the result being an [immediate post-death interest (IPDI)] for Mrs Alston which we would want to avoid in that it would negate the IHT planning.”

The tax department replied in the following terms: “Section 142(2) of the IHTA 1984 states that ‘subsection (1) shall not apply to a variation unless the instrument contains a statement, made by all the relevant persons, to the effect that they intend the subsection to apply to the variation’. Therefore, if the appointment does not contain a statement it will not be read back to the will.”

The effect of that IPDI was that the half-share was back in Mrs Alston’s estate, increasing the IHT on her estate by £112,000.

Rescission was granted on the basis that Mr Payne and, consequentially, the trustees had made a mistake. Mr Payne had turned his mind to the issue of an IPDI and sought specialist advice on it, but the advice was wrong. This was clearly not ignorance or inadvertence by Mr Payne and the trustees.

The trustees should have delayed giving the right to income until two years had elapsed from the date of death. They could have given Mrs Alston income on a discretionary basis until the expiry of the two-year period.

In April 2019, HM Treasury published a consultation paper and made it clear that the UK will implement the directive by January 2020, no matter what the Brexit situation may be. The consultation says at paragraph 1.11: “The UK played a significant role in the negotiation of 5MLD and shares the objectives which it seeks to achieve on the prevention of the use of the financial system for the purposes of money laundering or terrorist financing.”

The consultation suggests that the changes will not be as bad as was feared, however. Yes, all express trusts need to be registered, but the government expects to continue to collect more information on trusts which generate tax consequences than on trusts that do not. In paragraph 9.26 of the consultation, HM Treasury says: “Even in relation to trusts with tax consequences, however, the government is not currently minded to continue to collect the full range of information currently required within the existing version of TRS [the Trust Regulation Service]. The government appreciates that some of information required has been found to be onerous for customers, and we will take this opportunity to review and ideally reduce information collected.”

In relation to legitimate interest, the EU wants transparency in the ownership of corporate entities and trusts. However, the 5MLD states that: “Member states should define legitimate interest, both as a general concept and as a criterion for accessing beneficial ownership information in their national law.” So it is for individual states to determine their own definition.

Apparently the UK is taking a narrower approach. Paragraph 9.44 states that that it will tie the definition of legitimate interest to “the original purpose of 5MLD in combatting money-laundering and terrorist financing”. In this context, the government considers that someone who has a legitimate interest in the register’s data will:

In other words, speculative enquiries into all or multiple trusts on TRS will not be deemed legitimate.