Inheritance: the conversations we’re still not having

Although no one enjoys talking about it, there is no ‘right’ age to start planning for probate, says Steve Gauke, business development director at Ampla Finance. Here’s why the conversation should start today.

Stories involving inheritance have long filled newspaper columns. With recent rumours in the Daily Express that inheritance tax (IHT) could be increased soon, we can perhaps expect public and press interest to pique in the months ahead. 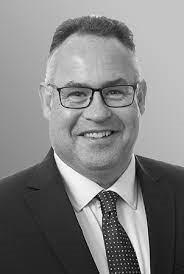 And even if these rumours come to nothing, the government’s consultation on increasing probate fees, set to conclude in September, will surely ensure that inheritance remains a firm fixture on the political landscape. Previous proposals on a fee hike were roundly and loudly criticised, including by the Law Society; and with the latest iteration proposing a flat fee of £273, regardless of the size of the estate, solicitors can perhaps expect to receive a few concerned phone calls from clients.

And yet, despite this interest, our representative survey of more than 2,100 people – published in our report ‘Wills and financial planning – it’s time to talk’ – found that Britons lack a firm understanding of the inheritance process. Instead, the findings reveal the full extent of the misconceptions that abound across the UK, to the point that just 11% feel they have enough of an understanding of probate to complete the process.

Indeed, just 14% realised that IHT needs to be paid within six months of death, whilst over half were unsure of when payment is required. What’s more, a sizeable proportion of those asked were under the impression that IHT simply had to be paid at some stage within a year of death before any money can be accessed.

This is not the only example: nearly half admitted they were entirely unsure about, and almost a quarter of respondents wrongly thought that it only takes, on average, between a day and six months to access inheritance. The actual figure can be double this.

But perhaps of most concern is that just 14% claimed they plan to appoint a solicitor to guide them through the probate process. This reluctance to invest in professional advice, combined with a lack of understanding of the process, is distinct cause for alarm.

Beyond a patchy comprehension of probate, the survey reveals that there is an entrenched reluctance to have conversations with loved ones about long-term financial planning. In fact, just 31% had had such a conversation with at least one parent or guardian, or their partner. Even amongst retirees, only slightly more than half had discussed financial arrangements with their partner.

While the findings reveal that such conversations are no longer felt to be taboo – 55% are prepared to discuss the topic with a loved one – there is evidence to suggest that probate is seen as an issue to tackle later in life. Even the tragic events of the last year have done little to motivate Britons to have those difficult conversations and plan ahead, with just 12% prompted to review their wills.

This will, of course, make the probate process that bit more difficult and thornier when the time comes. Just 24% of respondents, for instance, knew their parents’ bank account details or at least whom they banked with, whilst 18% were completely in the dark. As we all know, having to retrospectively uncover this information will significantly slow down probate.

Importantly, the survey findings expose the financial burden caused by a sluggish inheritance process. Some 57% of respondents remarked that inheritance is more than a windfall; it is a key financial pillar. Indeed, just 7% would spend the money received on a holiday or a car, with the funds typically going instead to cover immediate costs, such as debts and rent.

Clearly, then, all this underlines how we need to do more to dispel the myths that circle the inheritance process – that wills and financial planning are something to be tackled later on, that the whole concept of an ‘estate’ applies only to large country houses – and that on a more practical level, it is key that those in the sector advise individuals to ascertain whether a will has been written and are in a position to access those key bits of information like passcodes, PIN numbers or bank details before it is too late.

But if there is one lesson from our survey, which we as an industry need to impress upon those that seek our help and advice, it is that there is no ‘perfect’ age to start planning for probate and that we, as a country, are not having these conversations early enough. Though, naturally, no one enjoys talking about death, the reality is that the most effective way of ensuring that the practicalities following a death do not add further stress at the hardest time is to have an open, frank conversation with loved ones about financial matters early on.

Ampla Finance is a specialist lender, providing loans to executors and beneficiaries of estates. Loans are available pre- and post-grant of probate.