Roman Kubiak looks at a claim under the Inheritance (Provision for Family and Dependants) Act 1975 (Inheritance Act) where the sum awarded by given by the court included a payment towards the claimant’s success fee. 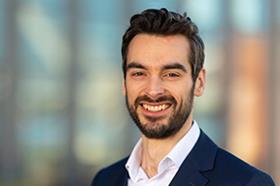 Re: H [2020] EWHC 1134 (Fam) was an Inheritance Act claim brought by an adult child against her late father’s estate. Part of her claim was funded by way of a conditional fee agreement (CFA).

The claimant’s elderly mother was the sole beneficiary of the estate. She was living in a care home, in poor health and had been automatically debarred from participating in the trial due to multiple breaches of orders.

While that presented Mr Justice Cohen with some difficulties, what has attracted most interest is the award made by the judge which included a payment towards the success fee applicable to the claimant’s costs.

As the judge noted, as a matter of law parties can’t be ordered to pay an opponent’s success fee. However, the claimant argued that the purpose of any award under the Inheritance Act was to meet her overall financial needs. Taking that rationale a step further, any significant deduction from the award to pay the success fee would otherwise inevitably impact on the overall purpose of that award.

The judge was only directed to two authorities on the point. The first was Re Clarke [2019] EWHC 1193 and 1194 (Ch) where the court refused to increase an award to take into account a success fee (which in that case was £192,000) on the basis that:

The second was the unreported case of Bullock v Denton, handed down just nine days earlier in Leeds County Court, in which the judge increased the award by £25,000 as a contribution towards the claimant’s success fee.

In the present case, the judge felt that it was appropriate to consider the success fee as part of any award to account for the claimant’s needs. While not expressly addressing each of the reasons cited in Re Clarke, he noted that the award he was making was not, relatively speaking, a large one and that if he made no allowance for the success fee then one of the claimant’s primary needs would not be met.

The judge was, however, also very conscious that he had not seen all the relevant information including any offers and what constituted “success” under the CFA. He therefore reserved the right to revisit this element of his award if his judgment did not trigger the uplift.

He also reiterated unease about the clear disparity regarding costs regimes and the transparency of offers between Inheritance Act claims and divorce cases.

Weighing up these factors, and despite noting the potential injustice, the judge increased the award by £16,750 (roughly 25% of the success fee uplift).

It remains to be seen whether this approach will be followed in future cases and, of course, the judge’s reasons for making his decision were specific to this particular case. However, until any further authority on the point emerges, practitioners acting on a CFA should at least consider factoring in a success fee in their negotiations.