The same income may be taxed twice when the UK and other countries are involved – so it is important to understand possible tax relief through double tax agreements, explains Alberto Perez Cedillo A double taxation agreement (DTA) is an international treaty signed by two or more countries (bilateral or multilateral) with the purpose to determine which country the tax corresponds to when several are initially entitled to its levying.

International double taxation arises when two jurisdictions seek to levy tax on the same income or chargeable gain. In other words, there can be a situation in which there is an event – an income gain – which may be liable to tax by the same person, natural or legal, in two different countries in the same fiscal year.

To avoid being paid twice for the same event, the countries sign international agreements that explain in which of the two countries you must pay for that event.

The most frequent type of international agreement to avoid double taxation is the bilateral agreement that includes direct taxation of income and assets in general. Less frequent are multilateral agreements, although we have examples such as those signed by the Nordic countries (Denmark, Finland, Iceland, Norway and Sweden) and the Andean Community (Bolivia, Colombia, Chile, Ecuador and Peru). 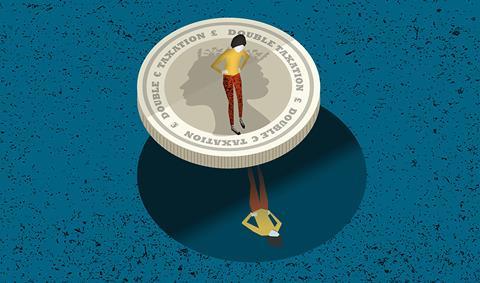 The main aim of these DTAs is to promote foreign investments, since they provide investors with legal certainty and reduce the taxation of such investments. DTAs are also useful tools in the fight against fraud and tax evasion, since they usually include mechanisms for the exchange of information and collaboration against fraud between signatory states.

The UK has one of the largest networks of tax agreements, with more than 130 countries. Most agreements are based on the Organisation for Economic Co-operation and Development (OECD) Model Tax Convention. In 1963, its Fiscal Committee published the first draft, along with a commentary on each article of the convention. Its purpose was to provide a basis for DTAs entered between OECD member countries. It has been updated periodically, most recently in 2017.

HM Revenue & Customs (HMRC) maintains a collection of the UK’s tax agreements. It includes agreements that have been signed but are not yet in force. It also has a handy digest of DTAs that gives the relevant agreement rates with cross-references to the relevant texts.

How do they work?

In general, the key to an individual accessing double tax relief is usually to be dual-resident, that is, a tax resident in both of the countries party to the DTA under their domestic law, or someone who might be considered to have two home countries.

you need to check your DTA’s tie-breaker rules. HMRC’s guidance provides a series of tests. If you have satisfied one of the tests, you do not need to complete the others.

You are a resident of the country where your social, domestic, political, and cultural links are greater.

Generally, you are resident of a country of which you are a national. However, it is possible to have dual nationality or be a national of neither country. The DTA may give the tax authorities the information they need to agree if this test is met.

In the unusual circumstances where the test cannot decide in which of the two countries you are DTA-resident, then the tax authorities of the two countries must decide between them. Determining DTA residence requires a detailed consideration of both your situation, and case law.

Once residence has been established, there is the possibility of relief – usually by tax credit, but sometimes by exemption – from foreign tax or from tax in the UK.

The key reliefs that are normally considered are those from income tax and capital gains tax (CGT), although DTAs usually outline the taxes that are covered by the agreement. The UK has authority to enter DTAs in respect of the following:

If you want to claim relief from UK tax on your UK income, and the country you live in has a DTA with the UK, you will need a ‘certificate of overseas residence’. To get one, you must contact your country’s tax authority. This certificate must show that it regards you as resident, under its domestic laws, for the period in question. An interesting case is the USA, where its citizens are taxed on their worldwide income, wherever they live – so, if you live in the USA, you do not need a certificate of overseas residence.

You must attach the certificate to your claim and send it in with your tax return.

If you want to make a claim for:

Apart from being a dual-resident, another event that results in double taxation is if your permanent home (domicile) is abroad when it comes to inheritance tax (IHT), in which case it would only be paid on your UK assets, for example, property or bank accounts you may have in the UK. It’s not paid on ‘excluded assets’, such as foreign currency accounts with a bank or the Post Office, overseas pensions, or holdings in authorised unit trusts and open-ended investment companies.

Your executor might be able to reclaim tax through a DTA if IHT is charged on the same assets by the UK and the country where you lived.

Double taxation relief is given in accordance with the terms of the relevant double taxation treaty. If you have paid tax in an overseas country and the relief is due, they will give you a credit for the tax paid overseas against the IHT due in the UK on the same assets on which the overseas tax was paid. The relief will be limited to the actual amount of overseas tax paid on those assets.

For example, the DTA signed between Spain and the UK, which has been in force since 2014, states that you can only be treated as tax-resident in one country. However, it is possible to fulfil the domestic criteria of both countries, in which case, your tax residence status is determined by the DTA’s tie-breaker clause. If you are resident in Spain, it is your responsibility to declare yourself to the Spanish tax authorities and submit an income tax return each year. The treaty itself does not regulate inheritance, but if tax has been paid in the UK the amount is usually deductible in Spain, or the other way around.

Bear in mind that in reference to Spanish succession tax, rates and rules may differ from one region to another. In some regions, a main home may be virtually exempt from Spanish succession tax, provided the beneficiaries are either your spouse, parents or children, and they continue to own the property for 10 years from the date of death. Consequently, if you are UK-domiciled, you need to consider the UK IHT rules as well as the Spanish state or local succession tax rules.

It is vital to recognise that national systems of relief for foreign IHT generally have limitations.

In addition, countries may tax inheritances on the basis of varying ‘connecting’ factors, and it is vital to identify these to determine any potential tax liabilities. They may do so based on a personal link such as the residence, domicile or nationality of the deceased, the residence, domicile or nationality of the heir, or both. Some countries may apply more than one of these factors or apply anti-abuse measures that entail an extended concept of domicile or residence for tax purposes.

Further to taxing based on a personal link, countries may apply IHT to assets located in their jurisdictions. Taxes may be applied on this basis, even if neither the deceased nor the heir has a personal link with the country of location. Spain is a clear example, as property located in Spain will be taxed regardless of the tax residency of the beneficiary.

Since the timing for the application of IHT may vary in the different countries involved and cases with cross-border elements may take significantly longer to be resolved than domestic IHT cases, it is important to ascertain if it is possible to apply for an extension of the time limits set up for payment of the tax in any of the countries involved. In Spain, for instance, it’s possible to require a six-month extension to avoid penalties.

Looking to the future

The European Commission (EC) has been working on eliminating double taxation on cross-border inheritances. After assessing the impact of various possible options to address the existing problems, in 2011 the EC presented a recommendation regarding relief for double taxation of inheritances, considering all the above issues, and making a number of suggestions for member states as to how they could modify their existing domestic rules for relieving double inheritance taxation. These included introducing credit for tax paid in another country, or an exemption of certain items of foreign property from the domestic tax base.

It also recommended an order of taxing rights (by that I mean, which member state has the primary right to tax the inheritance). The proposed measures are yet to come into force and there is uncertainty about further progress on the matter.

Now that the UK is no longer an EU member state, its future regarding double taxation with the EU is more uncertain. Taxation systems on death are very much linked to national succession rights that, following the EU Succession Regulation (Regulation (EU) 650/2012, otherwise known as Brussels IV), may become applicable to British nationals with assets abroad.

This will continue to create difficulties – for example, the UK system makes compulsory the appointment of executors providing a neutral tax role to this figures, which is certainly not the case in many other taxation systems, or when instruments that are common in the UK, such as deeds of variations, have no equivalent in other legal systems, which may consider them as a mere gift from a beneficiary to a third party.

The UK should start working with the EU and the OECD on possible ways to improve the cooperation of tax authorities, including at local and regional level, in order to assist taxpayers who are subject to double taxation.

In an increasingly digital age, the allocation of taxing rights with respect to assets and profits is no longer exclusively circumscribed by reference to an individual’s physical presence. The basis for a consensus solution to the tax challenges arising from digitalisation is likely to be at the centre stage of any future discussions.