Kate Mahon discusses changing her business model from sole practitioner to alternative business structure. Why exactly did she do it, and what lessons can others learn from her experience? 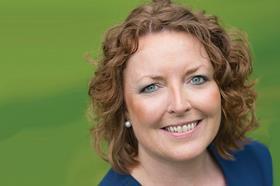 I set up as a sole practitioner five years ago. I had no intention of employing anyone or growing my practice beyond what I could service myself. But as the practice grew, I found it increasingly difficult to balance client work with the actual running of the firm: I was often working seven long days a week, and I became stressed with the enormity of everything. I decided to recruit consultant solicitors and legal executives, working on a fee-share, self-employed basis, to ease the burden on myself.

During this time, a fellow sole practitioner (LM), of a similar age to me, died very suddenly. I was involved in the administration of her estate, including winding up her practice. I was astounded at how difficult this was. But it was also a wake-up call and prompted me to think about what would happen if I died or lost capacity. I already had a will appointing a solicitor as one of my executors, and a lasting power of attorney appointing a solicitor as one of my attorneys, but, in reality, how effective would this be?

In the case of LM’s estate, I found that it wasn’t effective at all in practice. In fact, the current rules and regulations stipulating what happens when a sole practitioner dies are far from satisfactory.

First, your solicitor executor must apply for emergency authorisation because, as a sole practitioner, the authorisation to practise is with the sole practitioner alone. This will inevitably lead to a delay, as it won’t happen immediately. However, what prevented us from doing anything regardless, was the fact that the professional indemnity insurance stopped on the day of LM’s death, and invoked run-off; therefore, despite what the rules and regulations state, her practice could not continue.

The Solicitors Regulation Authority (SRA) would be able to intervene at this point and carry out an “orderly” wind-up of the practice for a six-figure sum (higher still for larger practices), which would have had to be borne by the estate or LM’s husband. However, we managed to persuade the SRA that this was not necessary, and the practice was closed in an orderly and satisfactory fashion without its “help”.

During this time, at my own practice, I decided to employ a secretary and fee-earners as the demand for work grew. The reality of being a sole practitioner really hit home; if I died, then my employees and consultants would not be able to continue working for the business. It goes without saying that limiting my liability was also becoming important.

As I looked at various possible structures of law firms, one of the important factors for me was to keep ownership of the firm within my family. My husband was an obvious choice to be a fellow owner, although, as a non-lawyer, the only way he could co-own the firm was through an alternative business structure (ABS) model. I decided to set up a limited company with myself and my husband as co-owners and directors, and to then apply for the entity to be authorised by the SRA. This is the reason I opted to become an ABS.

I engaged the help of a professional to prepare my application to the SRA; I was pleasantly surprised to find that the process with the SRA and my insurers was very smooth indeed, especially because I could pick the transfer day once the authorisation came through.

I had to open new bank accounts in the name of the new entity. My bank, however, was not quite as straightforward, and I found its policies and procedures cumbersome and overly complicated, which I wasn’t expecting given I had banked with them as a sole trader for years.

A particularly stressful moment on the day of the transfer came about because the bank could not let the client account go “live” for the new entity until it had received the SRA licence. The SRA would not send me the licence until the day of the transfer and, rather unhelpfully, this was not emailed to me until the afternoon. This meant we had a short period with no client account.

While the process was stressful at times, I am glad I took the steps to become an ABS. It gives my firm a lot more opportunities and, importantly, my staff and consultants have security should anything happen to me. It still grieves me somewhat that I was forced to change from a sole practitioner to an ABS to secure the future of my firm. I remain firmly of the view that the SRA and professional indemnity insurers should urgently review how they support sole practitioners and freelance solicitors in the event of their untimely death or incapacity, as the current rules and regulations are far from satisfactory.

Until we see such changes, however, it is vitally important that sole practitioners appoint a suitable solicitor as a special executor in their will and also as an attorney in the event of a loss of capacity. It is also worth considering taking out life insurance to cover the run-off insurance and any other associated costs of winding up the practice.