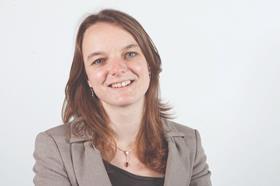 This article considers circumstances in which it may be in the best interests of a protected person (P) for their deputy, or attorney under a registered power of attorney, to be removed and replaced with a new representative. It assumes that P lacks capacity to make a new lasting power of attorney (LPA) or manage their finances.

I do not discuss situations where an attorney or deputy loses capacity, dies or is made bankrupt, as in such instances, they would automatically be removed from their appointment.

When is it appropriate?

There are many reasons why a change in attorney or deputy may be appropriate. The most common include the following:

In most cases, it is possible to negotiate with an existing attorney or deputy and reach an agreement that:

A contentious removal can be costly and lengthy, so great care should be taken to ensure that all formal and informal channels of communication with the appointed attorney or deputy have been explored, including considering mediation as an option, before any formal application for their removal is made. However, in particularly difficult situations, it may be necessary to take forcible action for the removal of an attorney or deputy, against their will.

The grounds for removal vary depending on the form of appointment made.

An attorney under a registered enduring power of attorney (EPA) can only be removed by an order from the CoP on the following grounds:

The second ground can include circumstances where disagreements between warring sibling attorneys mean that the proper administration of P’s affairs cannot take place, as the hostility between attorneys effectively impedes any proper communication taking place. This is particularly problematic if P’s estate is large or complex, as regular decisions will need to be made.

In that case, while there may be no concerns about each individual attorney’s suitability to remain as attorney, the cumulative effect is that they are both unsuitable to act as attorney, as it is very likely that the hostility will continue even if one sibling is removed, which may cause ongoing issues in effective administration, and distress for P. In these cases, the court will often prefer that an independent deputy is appointed to act in place of the attorneys (see Re F [2004] 3 All ER 277).

However, the CoP can also make an order for revocation of an LPA in relation to one or all attorneys, on the following grounds (section 22(4)(b) of the MCA 2005):

When considering whether to remove an attorney, the court takes the fact that the donor appointed that person to be their attorney as an important written expression of the donor’s wishes and feelings regarding who should manage their funds. Therefore, where the court has concerns about an attorney, but is of the view that those concerns can be mitigated by closer supervision, it has been known to simply revoke the LPA and appoint the attorney as a deputy, so that they are then obliged to provide annual accounts to the Office of the Public Guardian (OPG) (Re AMH [2015] EWCOP 70).

The court can consider the attorney’s behaviour in the wider world, not just in their role as attorney (Re J (unreported), 6 December 2010, CoP).

Similarly to attorneys acting under an EPA, where they are unable to work together to the extent that they are unable to operate the LPA for the purpose that it was intended, they may not be acting in the donor’s best interests, which is a ground for the court to revoke the LPA (Re EL (revoking a lasting power of attorney) [2015] EWCOP 30).

The CoP has authority to remove a deputy under section 16(8) of the MCA 2005, which states:

“The court may, in particular, revoke the appointment of a deputy or vary the powers conferred on him if it is satisfied that the deputy—

Broadly, this test is in line with the test for removal of an attorney under an LPA. The wording of this part of the MCA 2005 makes it crucial to bear in mind that each deputyship order is worded differently in terms of what powers and restrictions it places on a deputy. Therefore, the deputyship order should always be checked first when considering if a deputy is behaving appropriately.

Additionally, due to the increased supervisory and reporting requirements that are placed on a deputy over and above an attorney, it is possible for the court to remove a deputy simply for failing to comply with their reporting requirements, even where there has been no dishonest appropriation of funds (Re CJ [2015] EWCOP 21). As with attorneys, professional deputies will be held to a higher standard than lay deputies, and the court will take this into account when considering any removal.

One thread that runs through many cases brought to the court for removal of an attorney or deputy is the misuse or misappropriation of funds, for all sorts of items, such as new cars, handbags, and investments in questionable business set-ups.

One case worth highlighting is Re PC; Public Guardian v AC [2014] EWCOP 41, where P had appointed her two sons as joint and several attorneys. One of her sons was an independent financial adviser, and, with a view to carrying out estate planning on his mother’s behalf, he set up a standing order to himself of £250 per month. His argument was that, given his profession, it would have been “unprofessional not to take the opportunity of structuring his mother’s affairs”.

However, the CoP took a very different view. It deemed that he had been exceeding his limited authority to make gifts on behalf of his mother, and removed both him and his co-attorney from their roles by revoking the LPA, appointing a professional deputy in their place. Therefore, while some cases present glaring issues of theft, fraud and misappropriation that clearly suggest removal is required, others are far more subtle: grounds for potential removal can be a “quiet” standing order, unauthorised payments for care, or receipt of a benefit in kind, such as living rent- and bill-free in a property belonging to P.

Removing the attorney or deputy

Before making an application for removal of a deputy or attorney, it is always sensible to alert the safeguarding team at OPG to any concerns about the deputy or attorney. It has a dedicated safeguarding team, which usually responds within a fortnight to confirm if it will take the matter further (opg.safeguardingunit@publicguardian.gov.uk/ 0115 934 2777). The team has multi-disciplinary powers of investigation and can make an application to the CoP for removal, where appropriate.

However, it can easily take three to four months for OPG to carry out a full investigation, and therefore, depending on the urgency of the matter and the evidence to hand, it may be a better idea to apply directly to the COP for the removal of the attorney or deputy, naming OPG as a respondent.

Any application should be made using the standard CoP forms COP1, COP1A, COP3 and COP24, setting out the grounds for removal, with evidence in the form of bank statements and clearly documented examples of your concerns, as far as possible. The usual application fee of £365 applies.

The attorney or deputy to be removed should be listed as a respondent. Ideally, they would consent to the application, with a view to reducing the costs and time involved. The usual rules as to costs apply, but the court can make adverse costs orders against parties who are uncooperative and unreasonable. You should make this clear to any attorney or deputy who refuses to consider removal by consent.

One situation that arises with alarming regularity is where the attorney or deputy simply accumulates P’s funds and is unwilling to spend them on anything, including providing adequate care or accommodation for P, for fear of acting in breach of their duties in overspending. It can be difficult to gather evidence in cases like these, so it’s often more effective to report P to the local authority’s safeguarding adults team, rather than immediately issuing proceedings for removal. It’s a good idea to raise concerns with OPG’s safeguarding team at the same time.

The local authority is under a duty to investigate all referrals to its safeguarding team if it has reasonable cause to suspect that an adult in their area (section 42 of the Care Act 2014):

The CoP is unable to make orders requiring that any defaulting deputy or attorney is imprisoned or fined, or must give back misappropriated funds to P. However, any new deputy or attorney would have a duty to use their or OPG’s investigation into the removed attorney or deputy’s financial wrongdoing, and / or any court findings, as the basis for considering criminal or civil proceedings where appropriate, in order to seek restitution for P. Any new attorney or deputy must also, as a priority, consider whether a statutory will should be made for P, to take into account any misappropriated gifts to friends or family members on P’s death. The court will often strongly recommend that this is done.

Where a deputy has been successfully removed and P has incurred financial loss, the CoP should be asked as part of the application for removal to order that the deputy’s security bond is called in, and the balance of any missing funds paid to P.

In summary, while the strict tests for removal differ depending on the type of appointment, the types of acts and omissions that usually result in removal are consistent between the roles of attorney and deputy. While an application to the CoP may be ultimately required to facilitate a removal, where time and circumstances permit, it may be a better idea to first identify other, less litigious routes, such as open discussions with the deputy or attorney, closer supervision by OPG, or mediation to secure the change in behaviour or removal required.