Howard Hackney looks at the practicalities of succession planning for private client firms, either through selling the firm or bringing in new partners – and what retiring partners need to do to plan their own future 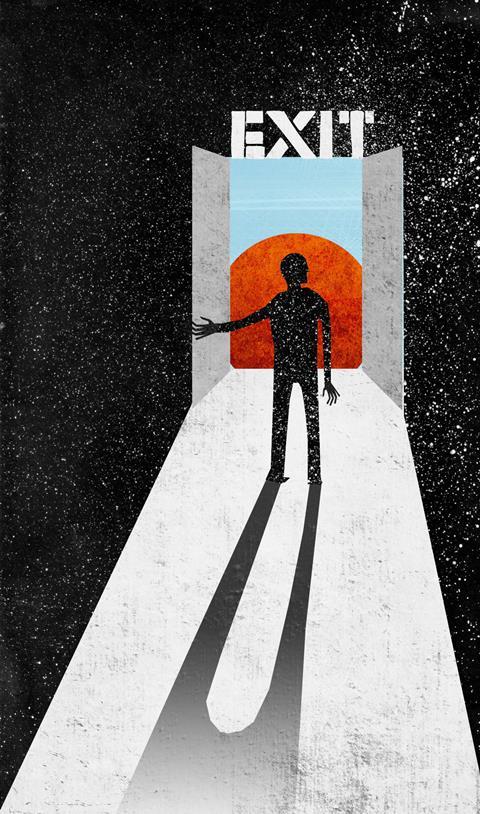 Whether for a sole practitioner or a multi-partner law firm, succession planning should never be far away from the top of the agenda – all the more so now, given the significant strategic and legislative changes in this marketplace. This is of particular concern to areas of the market with a lower than average influx of younger practitioners, including private client.

Succession planning is an ongoing process, which must be planned for throughout an individual’s practising career – albeit obviously more carefully as time progresses. This article focuses on those looking to retire from practice (not necessarily through age, of course) by way of two approaches – sale of the entire practice, or admitting new partners. It assumes that the firm in question provides legal services through a traditional ‘collegiate’ model, rather than the more process-driven type of firm.

Where a firm has a substantial number of partners looking to retire, and no obvious internal candidates to take over the practice, this may be the best approach.

The starting point is a full and proper understanding of what the firm may be worth and what the respective partners’ interests in that firm may be. You may not get a straight answer from an accountant, other than ‘not as much as you may think’! Ultimately, the value is what a buyer will pay, so it is very helpful in any negotiations to understand the approach a buyer may take.

One of the most important considerations for any exiting partner is whether they can afford to retire. A key component must be what that partner can obtain from the practice on exit

In broad terms, there are two approaches to valuing a firm: on an earnings basis, or a net assets basis. Unless there are genuine ‘super profits’ being made through the operation of a process which is not dependent on the skills of the partners (such as in a personal injury firm), there is unlikely to be any ‘true’ goodwill, and the overall value of the firm will be based on a sum of the realisable value of its assets. (‘True’ goodwill is the market value of goodwill, as opposed to what sale contracts and partnership agreements may say for tax purposes.) The value of the assets will broadly be evident from the annual accounts of the practice – assuming, of course, that all assets are included in the accounts. In this respect, contingent work (of which there is unlikely to be much) is often not included in the accounts, and will have to be valued. Fixed assets are unlikely to have any significant value (perhaps 10% of book value), while any historically purchased goodwill will be discounted to virtually nothing. A buyer will also be looking to reduce value by attributing amounts to onerous leases, professional indemnity claims, and potential TUPE liabilities, among others.

The most effective way to maximise value is to ‘go to market’ to a small number of potential acquirers through a process controlled by a ‘lead adviser’. This will involve the production of an information memorandum (IM), which will be distributed to interested parties under strict confidentiality agreements, and in accordance with a pre-defined timescale and process. Interested parties will be identified through the combined market knowledge of the lead adviser and the firm, and should be subject to pre-approach vetting of matters such as financial strength, cultural (to the extent that it can be assessed) and people fit, geography, service offering, and service approach.

This process creates a competitive market against which to assess not only the best ‘price’, but also less tangible issues, such as the best home for clients and staff. The process is very effective in establishing in advance the strengths and weaknesses of the firm, and hence a realism over true value. It also enables, during the process, a proper comparison of competing offers and, just as importantly, the attributes expected of an acquirer. Ultimately – and, it may seem, somewhat perversely – one of the strongest negotiating stances to a keen buyer is the financial needs of the seller.

There are a whole host of practical issues to consider on the sale of a practice – although many will be dealt with by an acquiring firm. These include client and market notification; Solicitors Regulation Authority (SRA) notification / approval; payment terms of the consideration and how that is controlled (especially if due on realisation); and office space and location. The issues likely to be most problematic in negotiations will be successor practice / run-off cover, lease commitments, and TUPE.

One post-transaction issue that will also need to be carefully considered prior to and during a sale / exit exercise is psychological preparation for exit by the individuals concerned. This must not be underestimated, but carefully planned for and thought out by those concerned, with a clear strategy and plan as to what life will be like after the event. How easy or difficult this is will be materially affected by the manner of exit and public announcements.

These broadly focus on the corporate vehicle through which the firm operates, and the availability of entrepreneurs relief (ER) for capital gains tax – meaning tax is paid at 10%.

If the firm operates as a traditional partnership or LLP, then it is simply a matter of selling assets and allocating as much as can be negotiated (assuming ER is available) to goodwill. Strict rules do, however, need to be complied with to obtain ER, in terms of length and size of the equity ownership.

If the firm operates through a limited company – which is increasingly the case, especially as there have been, and continue to be, advantages in selling goodwill to a limited company for post-2002 formed firms – then there is the choice of the sale of the shares in the company or of the assets out of the company. A buyer usually wants to buy assets, but a seller usually wants to sell shares. There will be an impact on after-tax proceeds, and there is often a trade-off of one against the other, but the final outcome depends on the relevant strength of each party’s negotiating position.

An alternative to outright sale is a sale of the firm in a phased way, by bringing in new partners. Exactly the same issues apply to valuing the firm, although if the new partners have been senior associates or salaried partners, there is an argument that they have created at least some of the value of the firm, and they may seek a reduction in value when ‘buying in’.

A typical way of bringing in new partners is by some form of lockstep arrangement linked to the capital that a full partner has to contribute, and to the phased increase (for new partners) and phased decrease (for exiting partners) in their units. A worked example of this process is available from the Section website at tinyurl.com/qhb4mjp.

One of the most important considerations for any exiting partner is whether they can afford to retire. A key component must be what that partner can obtain from the practice on exit, either through sale, or repayment of their capital account.

Perhaps the most effective way of ensuring (at least a partially) financially secure retirement is to maximise pension contributions during working life, but many argue that this is impossible to afford and that, in any event, pensions are poor value. This would seem to argue, not against the tax benefits of tax-relievable contributions and tax-free growth, but for strenuous efforts to increase profitability, and for the use of truly self-administered arrangements rather than traditional insurance companies. Current rules as of April 2014 allow for annual contributions of £40,000 and a lifetime limit of £1.25m. The carry-forward rule, if any existing pension arrangement exists, allows for three years’ relief at £50,000 per annum, so if no contributions have been made, £190,000 can be paid in 2014/15. Investment in practice premises is often very beneficial where the premises are effectively purchased at a discount of up to 45% and rental returns are often in the region of 5-7%, tax-free in a self-invested personal pension. Finally, funds (if uninvested) are inheritance tax-free, and the changes in the recent Budget have removed the historical concerns about having to buy an annuity.

Howard HackneyHoward Hackney is a chartered accountant, formerly of Grant Thornton LLP and now of his own boutique practice (www.howardhackney.co.uk), specialising in advising law firms of up to 20 partners on ‘special projects’