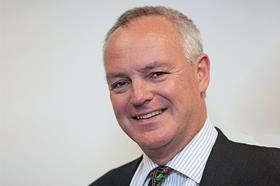 It is easy to assume that professional indemnity insurance (PII) will cover almost anything which goes wrong in connection with client affairs – in fact, the SRA Minimum Terms and Conditions (MTC) provide what is probably the widest cover for any profession in the world.

The protection afforded to solicitors and their staff prevents insurers avoiding policies, even for fraud, and avoiding claims, except in rare circumstances where all principals commit or condone fraud or dishonesty. If the insured fails to pay an excess, the insurer has to pay it and recover from the insured (if they can). Policies also provide run-off cover for six years after the end of the period of insurance in which a practice closes if it has no successor practice, even if the practice fails to pay the premium for the additional cover.

Even so, there are limits and two of the issues that come up with increasing frequency when advising firms on coverage issues are the cyber exclusion and the proposed closure of Solicitors Indemnity Fund (SIF).

This has become a frequent problem. All policies contain a provision under which, broadly, claims arising from similar causes may be subject to a single policy limit. Although we have seen this most often in the area of investment scheme claims, particularly in relation to buyer-funded developments, its effect is not limited to these. It could also impact a firm with multiple low-value personal injury cases or routine conveyancing transactions, perhaps if they were hit by a cyber-attack (of which more below), or if they used a faulty draft or standard form of advice across multiple matters, or overlooked a head of claim in multiple industrial disease cases.

Every case is fact-sensitive and it is necessary to look critically at the policy wording to determine its impact; many such cases have been arbitrated confidentially under the policy, so the reported cases are comparatively few. The leading case of AIG Europe Ltd v Woodman [2017] UKSC 18, which involved investment in property developments in Turkey and Morocco is an exception. The 214 investors’ claims exceeded £10m, but the Supreme Court decision meant that they were (almost certainly) subject to two £3m policy limits, one in respect of each of the developments.

So, although many smaller firms doing low-value work may think the standard £2/3m cover is plenty it can rapidly be exhausted if claims are aggregated. You could consider purchasing top-up insurance but note that it will not be as wide as cover under the MTC, and may, for example, exclude cover for cyber-related claims, which could be a problem if multiple claims are aggregated.

Following a recent consultation, the SRA applied to the Legal Services Board (LSB) for approval of changes to the MTC in respect of cyber-related claims and the changes were approved on 15 November 2021.

The purpose of the MTC is primarily to protect clients, not to cover the firm’s own losses. A ransomware attack on a firm could leave it with a lot of expenses obtaining emergency specialist advice, restoring data and replacing equipment. That is the type of loss intended to be covered by a cyber policy.

However, clients may also have suffered losses, such as contractual liabilities, removal costs, interest payments and other additional expenses from delayed completion of a conveyancing transaction caused by such an incident. Those losses are intended to be covered by the MTC policy.

Where it starts to become less clear is where expenditure on restoring systems may assist in mitigating claims. Does this fall within the cover for ‘defence costs’?

The Prudential Regulatory Authority (PRA) and Lloyd’s of London (Lloyd’s) have required insurers to put in place action plans to reduce unintended or unclear cyber exposures, referred to as ‘silent cyber’. The aim is to provide greater assurance that the risks of cyber losses are being properly managed and priced in premiums as the risk of attacks has increased.

The amendment to the MTC, which contains new defined terms, will allow insurers to exclude liability for cyber acts, failure of computer systems, malware incidents, failure of ‘core infrastructure’ and breaches of data protection law. Core infrastructure covers failure of internet service providers, telecoms provider and cloud providers, but not electrical supplies. The cover for client claims is preserved – under the MTC; however, it does not follow that top-up insurers will take such an approach.

Some in the insurance industry have argued that it would have been preferable to use more positive language to say when cyber risks are covered, rather than an exclusion saying what is not covered. Time will tell which approach was right but in the meantime all firms should take out cyber cover: a key benefit is access to the specialist emergency assistance which insurers have available, rather like AA or RAC roadside assistance cover.

Where a firm closes without a successor practice, insurers of MTC policies have to provide six years’ run-off cover from the end of the policy period in which the firm closes.

However, there may be circumstances in which a firm can, figuratively speaking, ‘slip out of the side door’ by changing regulator. In recent years some firms doing predominantly conveyancing (and perhaps probate) have moved from authorisation by the SRA to the Council of Licensed Conveyancers (CLC); other regulators may be available, as they say, but for a variety of practical reasons less likely. The CLC has a compulsory insurance scheme along the lines the of the SRA’s MTC. However, it only provides £2m cover per claim, and the run-off cover is less extensive – a single £2m limit including defence costs for six years and excluding claims for fraud or dishonesty. This could have consequences, particularly in the event of a recession fuelling lender claims.

After the expiry of the post six-year run-off cover (PSYROC), those in SRA-regulated firms have had the benefit of £1m cover from SIF. After a number of extensions, however, that is set to expire on 30 September 2022, and it comes with a sting in the tail.

The sting is that SIF’s position has been that claims are only covered if they are made by that date, in contrast to the position under a normal professional indemnity policy where claims made subsequently are also covered if they arise from circumstances notified prior to expiry. If an insured has notified SIF, or is aware, of circumstances which may give rise to a claim and no claim is made by 20 September 2022, then on that basis there will be no cover. Worse still, it is an uninsurable risk, even if cover were otherwise available in the open market. It should be noted, however, that a statement on the Law Society’s website indicates, without any explanation, that: “If such notification of circumstances is made SIF will, in principle, afford an indemnity even if proceedings are only commenced against that member or firm after that date”, but that raises as many questions as it answers.

Open market cover for this post-run-off period is in any event difficult to obtain and would only be available on an annual basis – payable in many cases out of a diminishing pension pot. If there were a claim, it may not be possible to renew it. 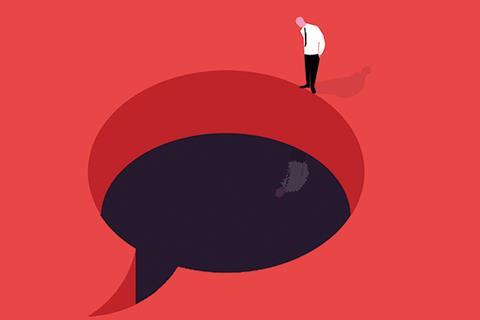 On 23 November 2021 the SRA launched a consultation on ‘Post six year run-off cover and the Solicitors Indemnity Fund’. The consultation closes on 22 February 2022 and all concerned should respond. The consultation documents include a helpful report by Willis Towers Watson which contains extensive data.

The report estimates that an average of 31 clients are likely to benefit from the SIF every year, with an average £34,600 paid out, including defence costs. That amount may not be large in the context of solicitors’ claims, but it may be vast in the eyes of a claimant, an uninsured retired solicitor or a former employee of a solicitor.

The requirement for ongoing funding from the profession is estimated to be up to £2.4m a year; by comparison, the amount paid out of the Compensation Fund in the last year of account was £10.3m. For SIF cover to be maintained, it is estimated that there would be a cost of approximately £16 per practising solicitor, or £240 per firm.

The risk of practising without cover is real, as the report shows that claims have been made on SIF even 25 years or more after the alleged act. Solicitors are probably exposed to long-tail claims more than most professions for many reasons. For example, they take appointments as executors and trustees (for which conversion to LLP or limited company affords no protection), and they act on children’s personal injury claims which may raise their heads again after the child attains his or her majority. Personally, I once encountered a case involving a personal injury claim settled for £2,000 which turned into a £2m claim at a later date. A £25,000 property purchase gave rise to a claim in excess of £3m.

The impact of allowing SIF to wither on the vine will largely, but not only, be felt by partners and staff in small firms and sole practitioners, although I am aware of one large US firm which collapsed (as many have done), with no successor practice to its London office – a firm which has had one multi-million-pound claim post-cessation.

The risk of practising without cover is real, as the report shows that claims have been made on SIF even 25 years or more after the alleged act. Solicitors are probably exposed to long-tail claims more than most professions for many reasons

Solicitors accept risks which benefit clients and others. They are prohibited from limiting liability below the compulsory insurance limit of £2/3m – even though those limits of cover may not be available to meet a claim, for example because of aggregation, or because in due course SIF may have closed. And if their terms of business exclude liability of firm members and staff, they should consider the recent Solicitors Disciplinary Tribunal decision in which a solicitor and her firm were found in breach for doing just that (despite the guidance at the time expressly permitting it. For more detail see my article ’A case of over-zealous prosecution’:.

However, the SRA and Legal Services Board are unlikely to be sympathetic to the plight of solicitors, and a key focus of those in favour of continuing SIF must be in the interests of consumers. The cost to the profession may appear relatively low, but the cost to an individual claimant may be catastrophic, and the image of the profession may be tarnished in consequence.

The regulatory objectives in the Legal Services Act 2007 include protecting and promoting the interests of consumers – failing to protect a random selection of consumers in order to save practitioners £16 per head is irrational. The danger is that the SRA will consider it ‘proportionate’ to allow SIF to close but saying something is proportionate does not make it proportionate. St Paul’s Cathedral would probably not be built today as so few people go to church but that does not mean it is proportionate to demolish it to make way for Grade A office space.

Solicitors are not immune from personal liability, despite the wide protection afforded by their compulsory insurance. Those concerned for their future peace of mind should respond to the SRA PSYROC consultation on the future of SIF.