Law firms have been among the many businesses affected by sexual harassment allegations in recent months. Samantha Mangwana, introduced by Alison Downie, explains how to prevent sexual harassment in a law firm, and how to handle accusations if they do occur

Sexual harassment in the workplace has been in the public spotlight in recent months as never before, since the allegations against Harvey Weinstein surfaced last summer. Since then, we have witnessed the shocking revelations and disclosures of many thousands of women across the world, against many high-profile men. As we go to press, Weinstein faces criminal charges.

Like many business sectors, the legal profession and law firms in the UK have been under scrutiny, too. There have been a number of headlines exposing deeply worrying allegations of sexual harassment which were not dealt with properly or at all, or were covered up by firms. Now, some very senior partners have been dismissed, fully in the public eye.

Last November, the Equality and Human Rights Commission issued a notice to the top-five Magic Circle law firms and chairs of FTSE 100 companies requiring them to supply evidence of what safeguards they have in place to prevent sexual harassment, how employees can report it, and their plans to prevent it in the future. The Commission has also issued updated guidance on sexual harassment in the workplace. 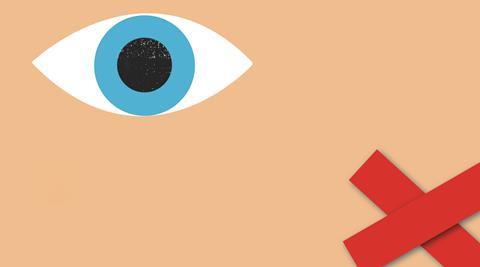 In March 2018, the Solicitors Regulation Authority (SRA) issued a warning notice to all law firms, as a result of perceived serious under-reporting and failure by firms to comply with their professional conduct obligations. This set out the positive duty of firms and individual solicitors to report an individual’s misconduct, including sexual harassment, to the SRA to investigate. The notice also included new guidance on the use of non-disclosure agreements (NDAs).

So, for law firms, this is not only an extremely important issue of ensuring the safety and wellbeing of the people in their firms and preventing abuse but, rightly, also a serious matter of compliance and risk management.

The Law Management Section organised a special session at its recent annual conference in April, chaired by Alison Downie of Goodman Derrick LLP, and with Samantha Mangwana of CM Murray LLP as speaker, entitled ‘Sexual Harassment – action for firms following the SRA Warning Notice’. The aim of the session was to give law firms clear guidance as employers on how to prevent sexual harassment, deal with complaints, and ensure that any such abusive behaviour could be reported safely internally and be acted upon quickly and decisively. The session also highlighted firms’ compliance and risk management duties – in the past perhaps too often forgotten or ignored.

Below, Samantha Mangwana summarises the main points from her presentation.

What is sexual harassment?

The term ‘sexual harassment’ is commonly used but frequently misunderstood. It has a specific meaning in employment law, set out at section 26 of the Equality Act 2010 (EA 2010). The general definition of harassment, which applies to harassment related to other protected characteristics as well as sex (including age, race, sexual orientation, disability, religion or belief, and gender reassignment, but not including pregnancy, maternity or marital status), is that:

There are also two types of harassment which specifically concern ‘conduct of a sexual nature’, as follows:

Importantly, the conduct does not need to be directed at the person bringing the complaint – it is sufficient for it to have the effect of violating that person’s dignity or creating an intimidating, hostile, degrading, humiliating or offensive environment for that person. For example, displaying pornographic images in the workplace can amount to harassment, even though it may not be conduct directed at a particular individual. In addition, a one-off incident can constitute harassment for the purposes of the EA 2010.

What should a law firm do if an allegation is made?

A complaint of sexual harassment, whether or not it is in writing, is likely to constitute a grievance. Even if an employee says that they want to raise the issue informally, it is best practice to carry out a thorough investigation into any allegation of harassment.

In conducting an investigation, firms should consider the following questions:

The investigation should be carried out as swiftly as possible, particularly if either party is suspended or otherwise out of the office.

The investigator should interview all relevant witnesses and should ensure that accurate minutes are taken of all meetings. Any such minutes will be disclosable in any litigation, so care should be taken to include only what was said – minutes should not include any commentary or opinion. It may be easier to record meetings to avoid subsequent disputes about what was said. The ACAS code suggests that complainants (and alleged perpetrators in any subsequent disciplinary proceedings) should have the opportunity to put questions to witnesses. In order to avoid the process becoming too legalistic – and particularly to avoid difficult confrontations between colleagues – we would suggest that questions are put in writing rather than in any kind of live ‘cross-examination’.

Take care not to over-promise in relation to anonymity and confidentiality. In order to carry out a proper investigation, the alleged harasser has a right to know the nature of the allegations against them, and this will usually involve knowing the identity of the complainant. Firms can undertake to keep the internal process confidential for all parties, but those involved should understand that if there are any court or tribunal proceedings, these may be public, and confidentiality will be more difficult to guarantee.

Once the investigation is complete, a grievance hearing should be held with the complainant (who has a right to be accompanied by a trade union official or a colleague). It is good practice, where possible given the size and structure of the firm, to have a decision-maker who is separate from the investigator – and this will be necessary in any event if there has been an external investigator. The complainant should be given a written outcome, but this should also be delivered in person if possible. If an appeal is needed, it should be heard by a more senior partner than the original grievance – and this should be considered when identifying the appropriate person to hear the first stage.

Firms will also need to consider their regulatory duties and whether it is necessary to make a report to the SRA in relation to the misconduct.

What are the implications of the SRA Warning Notice?

All too often, an investigation into an allegation of sexual harassment results in the departure of the complainant. Many such departures will be dealt with under the terms of a settlement agreement waiving all claims against the firm and including confidentiality agreements or NDAs.

The SRA’s warning notice on the use of NDAs, issued in March, was stated to be a ‘reminder’ of key risks and issues for both those dealing with employment issues in law firms (such as law firm managers and human resources) and practitioners advising clients on the use of NDAs.

The notice provides that NDAs should not be used:

The notice indicates that unenforceable NDAs should not be included in settlement agreements simply for their deterrent effect. In addition, preventing a party to an NDA from receiving a copy of the NDA, or including unenforceable repayment provisions in an NDA, will also be inappropriate in light of the notice. Finally, the notice states that ‘it may be appropriate for the NDA itself to be clear about what disclosures are not prohibited by the NDA’.

NDAs will not disappear altogether following the warning notice – they often form an important part of negotiations on an individual’s departure. For firms, the presence of a confidentiality provision to ensure that allegations do not become widely known is likely to be key to the value of settling a claim. Confidentiality is of huge importance to those who are wrongly accused of harassment. Departing employees may also want to ensure confidentiality for their own purposes, and may also consider that agreeing to keep details confidential is a price worth paying for avoiding litigation. However, it is clear from the warning notice that inappropriate use of NDAs may put solicitors and their firms in breach of the SRA Principles, which could lead to disciplinary action being taken against them. NDAs should certainly be handled with care.

What can firms do to avoid harassment taking place?

Provide information to staff, via training and information on intranets or noticeboards, about what harassment is and how to report it. Encourage witnesses to harassment to come forward, so that the onus to report does not simply fall on the alleged victim.

Firms should identify particular risk areas in their organisations. For example, departments where employees work long hours and attend frequent networking events where alcohol is consumed are likely to be at higher risk. Risk assessments should be repeated regularly to ensure policies and procedures remain current.

3. Review and target policies and procedures

Tailor policies to address specific issues identified in the risk assessment. Remind partners and staff of what is (and is not) appropriate and acceptable in the workplace. It is crucial to take into account the interests of those accused of harassment, so unproven allegations do not damage an individual’s reputation.

A significant issue is that victims of harassment are reluctant to come forward. Clear and effective reporting procedures could help resolve this. A first step could be appointing a sexual harassment reporting officer, ideally a member of senior management, who is trained in the relevant issues. This would provide a single point of accountability to ensure that all matters are effectively handled and reported to the firm’s compliance officer for legal practice where appropriate.

Consider requiring new recruits, including lateral partner hires, to confirm whether they have been the subject of formal or informal harassment complaints in previous roles – and if so, what the outcomes have been. Many firms (and candidates) would instinctively object to this proposal, but given the recent introduction of the regulatory references regime to prevent ‘rolling bad apples’ moving around the financial services sector unchecked, it is not unimaginable that disclosure of prior sexual misconduct during the recruitment process could become a commonplace requirement. Firms have a duty to ensure, so far as reasonably practicable, the health, safety and welfare of their employees – failure to take appropriate steps to prevent sexual harassment occurring is likely to amount to a breach of this duty.

If you want to know more…

Not a member? Find out about joining our community.