The risk of vulnerable parties entering into a predatory marriage is gaining increasing attention, both in the press and in the legal profession. Bethan Byrne and Sheena Cassidy Hope explore how new protections can be achieved through changes in the law 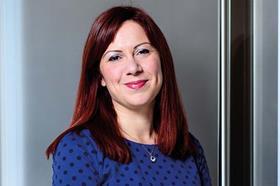 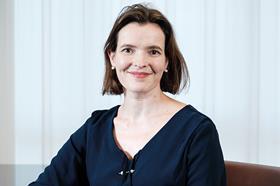 Predatory marriage can be defined as marriage with inheritance or financial gain as the driving factor. The word ‘predatory’ in itself is inflammatory and conjures up unpleasant hunting images at the expense of the vulnerable ‘victim’. Many of us may have read about Daphne Franks, who is leading the campaign to change the law to put additional protections in place for those who may lack capacity to marry.

Franks’ high-profile campaign followed her discovery that her mother, Joan Blass, who was 91 and suffering from dementia, had been befriended by a man over 20 years her junior and that they had, unbeknownst to Franks, married. The result was that Blass’ previous will, leaving her estate to her children, was automatically revoked. The estate passed instead to the husband, who Franks refers to as a “predator”.

Statutory position and the question of capacity

From a private client perspective, there are two elements to consider. First, the relevant statutory position in relation to the revocation of a will; second, the question of capacity to marry.

With some exceptions, broadly the position remains unchanged since the Wills Act 1837 (WA), and remains paternalistic in nature. Under the WA, a will is revoked by a testator’s marriage. In 2017, the Law Commission (the ‘Wills Consultation’) considered the question of revocation and whether the default position could “be regarded as inappropriate and reflective of outdated societal norms”. The Wills Consultation considered this to be a “delicate policy area” and noted that, among other countries, Scotland does not have this automatic revocation provision. The consultation asked whether the rule that marriage automatically revokes a previous will should be abolished or retained. Consideration was also given to whether marriage should automatically revoke a will where a person marries after having lost testamentary capacity.

Pausing here, we turn to the question of capacity. It is well established that the test for capacity is time- and act-specific, as detailed in the Mental Capacity Act 2015. However, there is no one single test to establish capacity and for certain matters the common law establishes the applicable test. Testamentary capacity is viewed as the highest bar for capacity assessments. Recent case law, including Clitheroe v Bond [2021] EWHC 1102 (Ch) has confirmed that the test remains that set down in Banks v Goodfellow, namely that a testator must:

There are two aspects to the inquiry. First, whether the person understands the nature of the marriage contract; and second, whether they understand the duties and responsibilities that normally attach to marriage, typically involving the sharing of a common home and common domestic life and the right, or expectation, of enjoying each other’s society, comfort and assistance. The question is status-specific, rather than spouse-specific. Although a marriage will normally give rise to financial consequences and on divorce there may be a financial claim, these are not considered to be the essence of the contract. The result is that, although the effect of a marriage is to revoke any previous will, regardless of how appropriate that will was, a party can validly enter into a marriage without understanding that consequence.

Daphne Franks discovered that her mother, Joan Blass, who was 91 and suffering from dementia, had been befriended by a man over 20 years her junior and who she subsequently married. Blass’ previous will was revoked and the estate passed to her husband. Franks has branded him a “predator”

The solution: different test for capacity to marry?

From a private client perspective, this is a deeply unsatisfactory state of affairs. So, is the answer to make it harder to marry? Given the potentially far-reaching financial consequences of marriage (or its breakdown), some may argue that the test for capacity to marry should be equivalent to that for capacity to make a will.

However, the right to form a marriage has been considered a fundamental right. As noted by the Court of Protection in a case regarding capacity to consent to sexual relations, relationships are driven as much by instinct and emotion as rational choice. This aspect is common to all, regardless of whether they have capacity or not. Moreover, the concept of marriage can be expressed in simple words, which anyone of normal intelligence can understand. Unlike consent to medical treatment or to litigate, expert advice is not routinely taken before a marriage is entered into.

The Law Commission has recently begun a consultation (the ‘Weddings Consultation’) on the law relating to weddings, and in particular the requirements, currently set out in the Marriage Act 1949 (MA), for a valid marriage to be formed.

Although the question of capacity to marry is not within the remit of the Weddings Consultation, one of the aims of the consultation is to simplify the process of marriage. At present, there is a significant issue of “non-qualifying ceremonies” where weddings, typically conducted according to religious rites that have failed to comply with any of the requirements in the MA, can result in no change of legal status being conferred. Frequently, one or both parties may not realise this, often leaving the more vulnerable party unprotected and potentially subject to significant hardship should the relationship come to an end, whether through separation or death. The Weddings Consultation considered that simplifying the marriage process and moving to an officiant-focused, rather than a venue-focused model, will help reduce the number of these non-qualifying ceremonies.

Given this view, and the desire to create a system whereby more ceremonies give rise to a valid marriage, it currently seems unlikely that a system whereby the process of getting married becomes harder would find favour with the legislature.

Alternative suggestions that have been made to protect vulnerable persons from entering into predatory marriages include the training of registrars to look for signs of mental incapacity, with the ability to stop a marriage in the event of any doubt. Registrars are already given guidance on ensuring that parties to a marriage have capacity to marry – insofar as it is suggested that this should extend to capacity to make a will, this would undoubtedly put significant pressure and extra responsibilities on registrars to undertake assessments of testamentary capacity and potentially seek medical reports. This is unlikely to be a satisfactory solution.

The question which many families may face is what steps can be taken to protect vulnerable family members and those who may be susceptible to coercion. In many cases, family members are deliberately isolated from the vulnerable party and may be unaware of what steps may have been taken or even if a wedding has taken place. Where there is a concern that a person is being – or has been – manoeuvred into a marriage where they lack capacity to marry, or are being coerced into marriage, it may be possible to obtain a forced marriage protection order (FMPO) under the Family Law Act 1996. For the purposes of the act, “force” includes coercion by threats or other psychological means. The court has held that a marriage to an incapacitated individual is a forced marriage. If the marriage has already taken place, it may be possible to have it annulled pursuant to section 12 of the Matrimonial Causes Act 1973.

If a family member has been made aware of a proposed marriage at a register office and believes that one party lacks capacity to marry, they can lodge a caveat with superintendent registrar or even seek an injunction. Where the party has a lasting power of attorney registered, the attorney(s) can seek the assistance of the Court of Protection.

This was recently considered in Re BU [2021] EWCOP 54. In that case, family members sought the court’s assistance to prevent a marriage between a 70-year-old lady (BU) with vascular dementia and a man (NC) 20 years her junior who had convictions for fraud and theft. By the time of the hearing, a declaration had been made that she lacked capacity to manage her property and financial affairs and she had a deputy appointed. It was found that NC had exercised coercive control over BU and had sought to manipulate her. An order preventing contact between BU and NC was continued but as it was found that she did have capacity to marry, a separate injunction was made. This prevented BU entering into a civil partnership with NC without reference to the court. An FMPO was also made.

So what can be done? The Wills Consultation provisionally proposed that where a marriage was entered into where the testator lacks testamentary capacity (and is unlikely to recover it), the marriage would not revoke an otherwise valid will. This would however require a finding of lack of capacity, possibly retrospectively post-death. In her campaign, Franks seeks a change in the law so that marriage does not automatically revoke a will. Unfortunately, at the government’s request, the Wills Project was paused to enable the Law Commission to focus instead on the Weddings Consultation.

This solution does, however, have a number of potential benefits. Given that to have capacity to enter into a marriage, the parties need only understand the nature and effect of the marriage transaction, it is unclear why that transaction should automatically revoke a will that the party might not otherwise have been able to revoke or, even where capacitous, wanted to revoke.

Traditionally, the law took a paternalistic approach to the financial consequences of marriage, with parties unable to exclude the jurisdiction of the court to resolve financial matters in the event of divorce. However, in recent years, the courts have acknowledged the financial autonomy of parties to a marriage, with pre-nuptial agreements increasingly being accepted as valid. In the circumstances, the paternalistic revoking of a party’s will on marriage seems ever more out of step with the times.