Dreamvar revisited: the nightmare for solicitors and insurers continues…

On 15 May 2018, the Court of Appeal published its judgment in the joint appeals of the P&P Property and Dreamvar cases.

Both cases focus on the liability of solicitors where the purported seller of a property is in fact an imposter. Elisabeth Ross considers the cases’ impact. 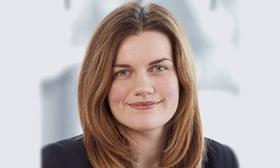 The judgment at first instance in P&P Property Ltd v Owen White & Catlin LLP and the Law Society [2016] EWHC 2276 (Ch), handed down in September 2016, concluded that the seller’s solicitor had no liability to the purchaser for failing to advise the purchaser that the seller was an imposter, whether arising from negligence, breach of trust, breach of undertaking or breach of warranty of authority.

Conversely, three months later, in proceedings issued by a purchaser against its own solicitors, Mishcon de Reya (MdR) was found liable to its client Dreamvar for breach of trust in failing to identify that the seller was an imposter (Dreamvar (UK) Ltd v Mishcon de Reya [2018] EWCA Civ 1082). MdR was ordered to indemnify Dreamvar. The court refused relief to MdR on the basis that MdR was considered better able to absorb the loss whether via insurance or otherwise and, further, that MdR had been better placed than Dreamvar to consider the risk the transaction had posed.

Additionally, these cases may only prove to make professional indemnity (PI) insurers more selective concerning which conveyancing firms they are willing to insure, and to increase premiums.

In the majority of conveyancing transactions, a purchaser has recourse to the seller in the event of any material misstatements during the conveyancing process. In cases of imposter fraud however, the purchaser does not have the protection of pursuing the seller for their loss, as the fraudster is unlikely to be traceable. The question addressed by both of these cases was therefore the extent of the liability of the professionals to the purchaser where a transaction later transpires to be fraudulent.

A common feature of both cases was that the seller’s solicitors carried out inadequate checks on the identity of the seller, as required under the Money Laundering Regulations (MLR).

As regards sellers’ solicitors, the Court of Appeal:

MdR had conceded that in paying away their client’s monies in circumstances where there has not been a ‘genuine completion’, a breach of trust had occurred. MdR had sought relief for that breach of trust, which has been declined by the lower court.

The Court of Appeal considered the circumstances in which relief should be granted to both purchasers’ solicitors and sellers’ solicitors for breaches of trust. The court:

For duped purchasers the Court of Appeal’s judgment provides welcome protection and clarity, allowing them to recover their losses from the professionals involved in their property transactions.

For solicitors and their insurers, the precedent set by the Court of Appeal is a significant and unwelcome development. The exposure of sellers’ solicitors to claims has increased significantly with liability for breach of trust, warranty and undertaking existing where their clients turn out to be fraudsters. Meanwhile, purchasers’ solicitors will be strictly liable for breach of trust where purchase monies are paid and a transaction transpires not be genuine, and relief appears unlikely to be granted. Further, any indemnity or contribution which they may be able to claim from the seller’s solicitors must be obtained via separate contribution proceedings.

The Law Society could now revisit the Code to seek to better prescribe the roles and responsibilities of solicitors in preventing imposter fraud and in ensuring genuine completion. Alternatively, it may be that the case is further appealed by MdR to the Supreme Court on the basis of the dissenting judgment of Lady Justice Gloster, who opined that the court should have exercised its discretion to excuse MdR from liability pursuant to section 61 of the TA 1925.

Crucially for insurers, Lady Justice Gloster expressly stated that the insurance position of the parties should not be relevant when determining whether relief should be granted for breach of trust. Given the potential for solicitors’ firms found liable to be under-insured, or to be rendered uninsurable and consequently forced to cease trading, any appeal will be of equal relevance to solicitors’ firms and insurance companies.

In the meantime, there is a risk this case could represent a precedent for imposing liability on transactional lawyers generally, in the event that they are holding monies on trust for clients pending completion of a transaction which later emerges to be fraudulent.

What steps can solicitors’ firms take to protect their position?

Whilst law firms could adapt their terms of business to exclude liability to their clients in the event of an imposter fraud, such a clause may fall foul of the Unfair Contract Terms Act 1977. For this reason, an amendment is unlikely to be effective.

In order to improve their position, should proceedings follow and liability be determined via contribution proceedings, sellers’ solicitors:

Meanwhile, purchasers’ solicitors are likely to:

If the contributions between the solicitors in the Dreamvar case cannot be agreed by consent, the court may be called upon to provide further guidance on the ability of purchasers’ solicitors to seek a contribution or indemnity from sellers’ solicitors. Such a decision may significantly assist firms in determining what actions can be taken to minimise their likely exposure to loss.

From an insurer’s perspective, the findings represent a worrying precedent for conveyancers and for insurers.

Sellers’ solicitors may begin to issue disclaimers or warnings that despite such checks being carried out, the prospect of their client not being the true seller cannot be completely excluded

Whilst the risk of liability for all conveyancing solicitors has increased, it is likely that sellers’ solicitors will be the primary target of future litigation. Solicitors may, however, be less likely to be declined relief for breach of trust in circumstances where the purchaser is a lender or a large enterprise. Taking such factors into account, insurers may be more selective in which firms they are willing to underwrite.

‘The decision of the Court of Appeal in Dreamvar is extremely disappointing and bad news for both insurers and the legal profession. Industry experts have already commented that they expect premiums to rise for firms undertaking conveyancing work as a result of this decision, particularly given that the current legal position is essentially that an entirely innocent law firm can be found liable for a fraud perpetrated against the firm acting on the other side of a transaction.

‘Alternatively, it may lead some insurers to reconsider whether or not they wish to continue to write solicitors’ PII (or, at the very least, change their underwriting appetite) given that, as it currently stands, the only way to avoid the risk of having to indemnify these types of claims is not to insure any firms which undertake conveyancing or otherwise hold client money.’

Cases such as this may trigger the rise of identity theft protection insurance or specific property fraud indemnity insurance. However, in the short term, such an offering is unlikely to reduce the burden imposed on PI insurers since, as the law stands, insurers offering fraud indemnity cover may be able to pursue subrogated claims against PI insurers.