While pension pots are usually exempt from inheritance tax, there are still exceptions to be wary of. Jo Summers looks at the traps to avoid 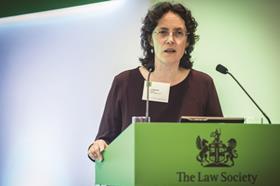 Most clients will be aware that their pension ‘pot’ should be exempt from inheritance tax (IHT) and will be outside their estates for probate purposes. But as with anything tax-related, the devil is in the detail.

Offshore pensions need care, as many are subject to IHT in the same way as discretionary trusts.

UK-registered pensions benefit from multiple exemptions from IHT. There is generally no IHT due on contributions to pensions, as these are not gifts. For example, section 10 of the Inheritance Tax Act 1984 (IHTA 1984) confirms there is no transfer of value if the transferor lacks gratuitous intent. The member is putting funds aside for their own retirement and is acquiring rights to a pension in return. There is therefore no element of gift and so no transfer of value. This is noted in HM Revenue & Custom’s (HMRC) IHT Manual at IHTM17035.

Equally, there are no IHT charges if an employer contributes to an employee’s pension. There is a specific exclusion in section 12(2) of the IHTA 1984.

Pensions are not subject to the relevant property IHT charges that apply to trusts (the 10-year charge and exit charge: see section 58(1)(d) of the IHTA 1984), even though pensions are usually set up as trusts.

And crucially, section 151 of the IHTA 1984 confirms there is no IHT on the pension funds when the member dies, as pension assets are left out of account when calculating the value of the member’s estate.

In addition, the anti-avoidance provisions that apply to trusts, such as the settlor-interested trust rules, do not apply to pensions. This is because HMRC accepts that there has to be an element of “bounty” for the settlement provisions to apply (see IRC v Plummer [1979] 3 All ER 775), and that there is no such element of bounty when putting funds aside for one’s own retirement.

It isn’t uncommon for clients to have offshore pensions. They may have worked abroad for a while, or been an employee of one of the big international banks which based their pensions outside the UK.

Prior to the massive pension legislative changes on ‘A-Day’ (6 April 2006), most offshore pensions qualified for the same IHT exemptions as UK-registered pension schemes. All that had to be shown was that the offshore scheme was a bona fide pension, set up for the member’s retirement.

Clearly, anyone with an offshore pension needs advice on whether their scheme is a qualifying non-UK pension scheme

However, the Finance Act 2008 introduced new requirements, which were made retrospective to 6 April 2006, so that only those offshore pensions which fall into the new category of qualifying non-UK pension schemes (QNUPS) benefit from the same IHT exemptions as UK-registered schemes.

Any offshore pension that does not fulfil the requirements to be a QNUPS (or the less-common pension scheme requirements in section 615(3) of the Income and Corporation Taxes Act 1988) will be treated in the same way as an offshore trust, with relevant property charges and exit charges.

In addition, the value of the funds in the offshore pension would be part of the member’s estate on death, as the section 151 exemption is limited to UK-registered pensions, QNUPS and section 615(3) schemes. Clearly, anyone with an offshore pension needs advice on whether their scheme is a QNUPS.

There are still occasions on which IHT may be due on pension contributions or where the pension funds can be subject to IHT on the death of the member.

Contributing to someone else’s pension

The contribution might be covered by an exemption, like the annual £3,000 gift exemption or nil-rate band (NRB), but otherwise it would be an immediately chargeable transfer (rather than a potentially exempt transfer), as the pension is a trust.

The settlement provisions would also potentially apply, as there is clearly an element of bounty (as per Plummer, above).

Failing to exercise a pension right

Section 3(3) of the IHTA 1984 raises a charge to IHT where a person makes a transfer of value by omitting to exercise a right. This could include failing to take a pension when entitled to do so, in the hope of increasing the death benefits for family or dependents.

This rule was changed for deaths on or after 6 April 2011, where the person was a member of a UK-registered pension scheme, a QNUPS or a section 615(3) scheme. Omission to exercise a right under one of these schemes will no longer trigger a charge to IHT (unless the death occurred before 6 April 2011).

However, section 3(3) could still apply to members of other types of pensions, such as offshore pensions that do not qualify as a QNUPS, or employer-financed retirement benefit schemes (EFRBS).

Death within two years of contributing to a pension

The other instance where IHT can arise on pension contributions is if the contribution occurs when the member is in ill health. This relates to the concept of gratuitous intent. If the member puts a substantial sum into their pension, knowing they won’t survive to take the pension, then this may mean they intended to benefit someone else (the people named to receive benefits on the member’s death).

Inheritance tax due on death benefits

Although, ordinarily, there is no IHT on benefits paid from a pension on the death of the member, this is not always the case. For example, if the member’s estate has a legal entitlement to have the death benefit paid to it (rather than the death benefits being held on trust), then IHT will be due. This can occur with retirement annuity contracts and some offshore schemes.

Similarly, there may be occasions where a pension annuity has guaranteed payments, for example, where the pension purchased a fixed-term annuity for the member. Any annuity payments that are still due when the member dies will be part of their estate, and IHT will be due. Likewise, any pension or annuity payments that accrued prior to the date of death, but had not yet been paid, will be assets of the member’s estate and subject to IHT.

Problems can also arise if the member transfers their pension from one scheme to another within two years of death. This could occur because the member has an old-style pension (often a defined benefits scheme) that does not offer as much flexibility on withdrawing benefits. For example, it’s not uncommon for defined benefits schemes to provide a 50% widow or widower’s pension, with the rest of the funds effectively being lost on the member’s death. More ‘modern’ schemes (often defined contribution schemes) may provide better death benefits.

HMRC’s view on pension transfers is set out in paragraph IHTM17072 of its IHT Manual.

“A pension scheme member has a statutory right to transfer their pension fund from one scheme to another. When this type of transfer is made, the member surrenders their rights under the first scheme in return for rights under the second… The funds do not rejoin the member’s estate during transit.

HMRC’s position is to see whether the pension member dies within two years of making the pension transfer. If they do not, then any transfer of value is nominal and HMRC will not attempt to raise any charge to IHT. But if the member does die within two years of the transfer, then HMRC believes IHT is due, and the matter should be reported on form IHT409. Boxes 17 to 21 of the IHT409 death return must be completed.

If an IHT charge does arise, how it is calculated? The transfer of value is not the entire value of the pension that was transferred, as section 3(1) of the IHTA 1984 explains that IHT is calculated on the loss to the donor’s estate. So, the question is: what is the loss to the member’s estate, if they transfer their funds to a new pension?

This is where advisers need specialist assistance, usually from an actuary. There is an actuarial calculation of the loss, depending on the member’s life expectancy at the time of the transfer.

The transfer value is generally discounted by 9.524% per annum based on the taxpayer’s life expectancy. Hence, the longer the life expectancy (even if the individual does die within the two-year IHT409 reporting period), the lower the transfer value. You then deduct from this the retained rights, which is basically the net amount after income tax if the member took everything as a lump sum. The transfer of value may be covered by the member’s NRB (assuming they had made no other sizeable gifts or settled assets into trust in the seven years prior to death).

HMRC’s position on pension transfers prior to death has been reviewed in HMRC v Parry & others (UKSC 2019/0208), better known as Staveley, which has reached the Supreme Court. The judgment is still awaited at the time of writing.

Mrs Staveley (S) transferred her pension fund to a new scheme within two years of her death. HMRC argued, as expected, that this was a transfer of value, which triggered a charge to IHT. S’s personal representatives disagreed. The main question was whether section 10 of the IHTA 1984 applied, so whether S had any gratuitous intent when she made the pension transfer. The First-tier Tribunal decided she did not, but that she had omitted to exercise her pension rights, so a charge arose under section 3(3) of the IHTA 1984. The Upper Tribunal agreed on the section 10 point, but overturned the section 3(3) decision. HMRC successfully appealed, to the Court of Appeal, so the Supreme Court’s decision is awaited with great interest.

The case suggests that HMRC’s blanket two-year approach may not be correct. For example, if the member transferred the pension expecting at that time to live for more than two years, with an intention to withdraw substantial sums on retirement, then it may be possible to argue that there was no transfer of value, as there was no gratuitous intent.

HMRC’s assumption is that anyone who dies within two years of the transfer must have known they were going to die, and therefore there was gratuitous intent when the transfer occurred, but this must be a rebuttable presumption. It may well be that the member was unaware of having a limited life expectancy when the pension transfer took place, or that the death was due to an accident rather than ill health.

It is also worth looking at the member’s estate generally, not just at the pension. So, if the balance of the estate passes to a spouse, and is spouse-exempt, this may mean no IHT is due at all if the transfer of value is within the NRB. Many clients may not wish to argue such a technical point with HMRC, if there is no immediate IHT bill. Clearly, using up part of the first spouse’s NRB will have an impact on the second spouse’s own future IHT bill, but this can possibly be managed (for example, by lifetime gifts).

Pensions benefit from numerous and advantageous IHT exemptions, but these do not prevent IHT ever being due. There are occasions when IHT is due on pension contributions, on pension transfers and on payments from pensions. The bottom line is to ensure clients always obtain specialist advice.