Most readers will be aware that earlier this year, the government proposed that the costs of applying for a grant of representation would change from the current flat fee to a charge based upon the value of the deceased’s estate. Fortunately, the proposals were dropped as Theresa May took the country into a general election on 8 June. However, this is by no means the end of the story – the proposals may yet get the go ahead. 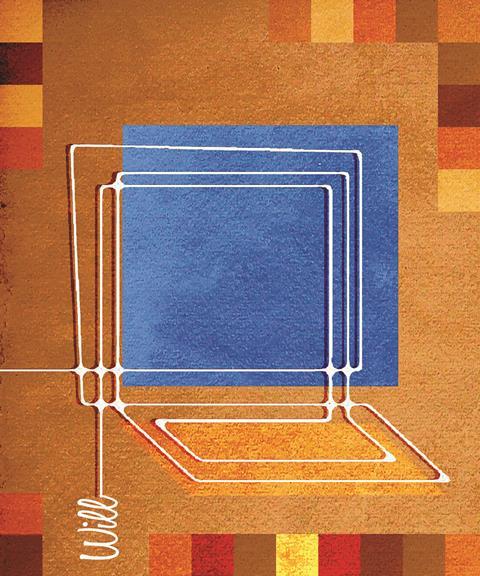 We were told that the proposed new fee structure would have raised an estimated £350m of income for the Ministry of Justice (MoJ). This money has been earmarked already by the MoJ, and finding alternative sources of revenue in the system may lead to even more unpalatable proposals put forward. Therefore, even in the wake of the uncertain election outcome, it is unlikely that the government will look at changing the proposals.

Even if higher probate fees are a fait accompli, it is unlikely that all of the £350m will be earmarked for improving the Probate Service. Over recent years, we have seen a steady decline in service standards: the 12 principal registries have now only three permanent full-time registrars between them; the principal probate registry in Holborn has closed; solicitors have to provide the copy wills with the application for a grant of representation; and the binding on the original grant has been removed. All of these moves have been designed to save the Probate Service money.

Conversely, at the same time the MoJ is engaged with the program of modernising the Probate Service. One aspect of the modernisation programme is the proposed introduction of an online grant of representation service to simplify the application process and allow for applications to be handled digitally. The project is due to complete at the end of 2018. It aims to deliver a transformed end-to-end service for individual users wishing to make an application for a grant of representation. It will develop a streamlined process for users, and enable applications to be completed and fees to be paid online, making the cost of delivering this service more sustainable.

In March 2016, the MoJ project team started work with the Probate Service to understand the future face-to-face support that will be needed for digitally-excluded users; a pilot scheme is underway and from late autumn 2017, the Probate Service plans to roll the system out nationally. A new online application form has been developed, as has a ‘statement of truth’ capability for personal applicants, which shall be added to the end of the application form in readiness for testing a process in which applicants no longer need to visit a probate registry or a solicitor to swear an oath.

The prototype system also allows users to save and print their online forms before submission, giving them the opportunity to seek legal guidance if need be. Research findings from the project have shown there is currently a 40 per cent failure rate for personal applications. This is attributed to the advice available on the gov.uk website being confusing, leaving people with little understanding of either the need for or the process to obtain a grant of representation

The MoJ has also engaged with professional users and their representative bodies, including the Law Society (through its Wills and Equity Committee), the Association of Contentious Trust and Probate Specialists and STEP to gain their input into the model, and address questions around how the digitised system could improve on the current one, including through simpler language and processes. The MoJ is keen to engage with solicitors and obtain feedback on its pilot of the online probate application process. You can complete a survey online; there are also opportunities for more user testing.

The research noted that not all failures arise from personal applications. Just over one-third of applications from professionals need rectifying. The probate registry has issued new guidance to assist with the most common errors.

The Probate Service requires two plain A4-sized copy wills that should be clean and legible; one is attached to the grant, and the other is used as the record copy from which all future copies will be taken. Issues exist over either the lack of copies being supplied by practitioners, or the poor nature of the copies supplied. The Probate Service does not require cover sheets, instructions pages, or any pages that do not form part of the will to be copied. It is requested that, where possible, wills are not taken apart to make copies. Where this is not possible, a covering letter with the application must

be submitted, which explains the circumstances of the copying and confirms that nothing of a testamentary nature has been added or detached. Failure to do this will result in an affidavit of plight and condition being requested. The Probate Service has indicated that it has no plans to return to making its own copies of wills to avoid this issue occurring.

Clearing of predeceased executors from wills

All executors must be accounted for, including those who have predeceased the maker of the will. Tristram and Coote’s Probate Practice (31st edition) should be referred to for the correct way to clear predeceased executors.

All persons with a prior right to the grant of representation must be cleared off. Failure to do so will result in the oath having to be re-sworn. Once again, Tristram and Coote’s should be referred to, as many of the mistakes are simple to avoid.

If the grant requires an alias name of the deceased to be included, the oath must state the valid reason for its inclusion. Generally, the reason will be that the will was made in a variant name, or because an asset is held in a different name. Where this occurs, the oath should include words to the effect ‘that the true and proper name of the deceased was XX but at the date of death they held [specify assets] in the name of YY’.

The net estate shown in the fiscal clause of the oath should be taken from the appropriate IHT form. As this is the figure on which the proposed new probate fee is based, it is important that practitioners get this correct – the figure is in box F on the current IHT205 form. Where an estate does not require an IHT400 to be completed, it should be noted on the oath that ‘this is not a case in which an Inland Revenue account is required to be delivered’.

Reform of the Non-Contentious Probate Rules?

The move towards online grant of representation will require changes to legislation, including the Non-Contentious Probate Rules 1987 (NCPR). Where does this leave the previous efforts to reform the NCPR?

In early 2009, a working group was set up to consider changes to the NCPR, which included the then lord chancellor and secretary of state, Jack Straw and the then president of the Family Division, Sir Mark Potter. The MoJ then consulted on changes to the NCPR in 2013 and published a proposed new version of the rules. Since then, the matter has gone quiet and we are no further forward.

This current project by the MoJ will set out recommendations to improve the service provided by the Probate Service, many of them similar to those outlined in the previous NCPR review – introducing simpler language and processes, removing Latin terms, reducing the need for sworn oaths and affidavit evidence – and all of which will be surely welcomed by practitioners. Previously, the NCPR review was an academic exercise, with representatives from the senior judiciary and legal representative bodies setting out what they wanted from a revised set of rules. Any new changes to the legislation will now be based on the user experience and testing.

Change is coming. The Law Society will continue to monitor developments and will update you as and when they arise.