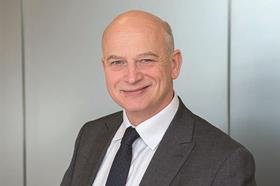 In Maxfield-Martin a consultant had to complete an electronic application form for re-accreditation on the Law Society’s Mental Health Panel of Solicitors. The form contained declarations to be signed by the applicant and a ‘partner/senior manager’ in the firm. The partner’s declaration was in two parts which stated: “I hereby certify and acknowledge that the information provided in this application is correct to the best of my knowledge” and “I have read and understood the declaration above”. The consultant told the partner that the form had to be completed, and the partner, who was “very busy, preoccupied and irritated with the consultant” said “just get it done”. The consultant added the partner’s signature to the form, sent it to the Law Society and gained re-accreditation. The firm reported him to the SRA on the basis that the partner had never been shown the application form and the SRA took disciplinary proceedings against the consultant alleging that he had acted dishonestly and without integrity.

In the Solicitors Disciplinary Tribunal, the consultant called as a witness an assistant solicitor who had completed an application for re-accreditation while she was at the same firm. She told the tribunal that she had completed the form in the same room as the partner, had given him an opportunity to review the form and had told him that the application needed to be signed by a partner. The partner did not look at the form, or discuss the content with her, and told the assistant solicitor to sign on his behalf saying “I trust you. Put my name on it”. The SRA did not prosecute her and the tribunal accepted her evidence, which included the fact she saw nothing wrong with the partner giving her authority to sign the form.

The tribunal made a general statement that “solicitors should not sign documents in the name of someone else”. That was followed by findings that:

The tribunal decided that the consultant had acted dishonestly and lacked integrity, because he had submitted a form containing a false statement to the Law Society, and suspended him.

The tribunal expressed no criticism of the assistant solicitor, and said her case was “somewhat different” as she had told the partner his signature was needed while they were in the same room.

On appeal, Mr Justice Soole said the tribunal’s findings could not be sustained as there was no substantive difference between the process adopted by the assistant solicitor and the consultant. The absence of criticism of the assistant solicitor showed that the tribunal had not taken account of the consultant’s honest belief that he had authority to sign the form. The suspension was set aside.

The High Court’s judgment contained the following submissions and dicta which are of general interest: