Employee absence represents a significant cost to businesses generally but particularly within professional services firms which are, by their nature, people-centric organisations. The absence of a fee-earner, in particular, can have significant knock-on effects throughout the organisation and a direct impact on profitability. Recent research carried out by the CIPD suggests that nearly seven days per employee are lost each year due to unplanned absence.

Another important finding of the CIPD’s survey is that a significant number of respondents reported that stress-related absence in their organisation had increased within the last year. Again, this is particularly relevant within the legal sector which is historically known for offering a stressful working environment, with practitioners working to tight deadlines and high billing targets.

How can law firm managers address the problem of absence?

In general terms, absence is either planned or unplanned. Planned absence includes holiday and family leave, and is generally less of a burden on employers because they are able to put in place coping mechanisms to address the impact of that absence. Much more difficult to deal with is unplanned absence, which generally takes the form of sickness or some other form of unauthorised absence from work.

In terms of sickness absence, such absence falls into two categories: short-term and longer term absence. It is vital for organisations to track and monitor both forms of absence to identify trends both in individuals and groups of employees. Levels of sickness absence can be extremely revealing in terms of identifying disaffected employees and a lack of employee engagement either generally or within a particular area of the organisation. High levels of employee engagement often equates to low levels of employee absence – and, of course, the reverse is also true. Absence can be measured using a number of methods, such as the Bradford Factor, which provides a score per absence taken.

As a matter of good practice, and in order to reduce levels of employee absence, employers would be well advised to regularly implement a range of interventions, including return-to-work interviews, restricted sick pay levels and trigger mechanisms such as the Bradford Factor. This allows employers to spot potential problem areas, including potential cases of stress, at an earlier stage and take steps to address those issues sooner rather than later.

Other absences include periods of family leave, including maternity, paternity, and parental leave. These often involve long periods of absence, for which the employer needs to be prepared. The introduction of shared parental leave is something that is currently high on the agenda and is a particular concern given the ability of the employee to take shorter ‘bursts’ of leave. Of course, shared parental leave is open to both men and women, which means that many of the workforce could potentially seek to exercise that right. Anecdotal evidence suggests that, as yet, very few people have exercised the right to take this leave, particularly within professional services organisations, where lengthy periods away from work are seen as potentially damaging to careers. However, it is still important that employers are prepared for any requests, and know the extent of their obligations.

Whatever the reason for the absence, and whether it is short or long term, it is important for people involved in the management of any law firm, large or small, to have sound strategies in place to deal with that absence. Although some absence, such as holiday, is inevitable and unavoidable, some absences can be minimised by appropriate and effective people management policies. I will be providing tips on absence management including sickness and shared parental leave at the Law Management Section HR forum on 16 March.

Joanne Perry will be presenting a plenary session on absence management, including shared parental leave, at the Law Management Section HR forum on 16 March. 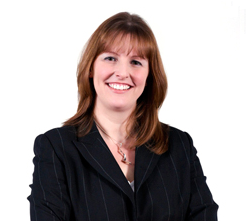 Find out more and book