In the second of his series on self-worth, John Niland looks at how law firm partners and managers can develop self-worth in others, and the benefits this can bring to your business 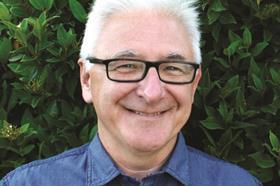 In my last article, in the October 2019 edition of Managing for Success, I discussed how to develop a personal sense of self-worth and why this is important in the workplace. As outlined in that article, most leaders have been educated and shaped in a culture of self-esteem, not self-worth. This brings some practical consequences for how they manage people, as well as a few pitfalls, too.

Shifting from self-esteem-based leadership to self-worth-based leadership opens up a whole new perspective. When a manager or partner operates from self-worth – including a desire to develop self-worth in others – this brings a new set of behaviours that make them very engaging as a leader or manager. This change also has a positive impact on everything from team performance to retention.

Before going further, let’s briefly revisit the difference between self-worth and self-esteem. Self-esteem is a person’s reputation with themselves: how they feel they are doing at life. For that reason, it fluctuates. On a day when you are making progress at work, happy in relationships and generally satisfied with life, you feel good. A few days later, however, perhaps you have an unexpected setback, or feel too lazy to go the gym, or get some negative feedback from a client or boss. On these days, you may suffer a drop in self-esteem.

Giving constant praise and star ratings often just reinforces the addiction to validation, as many a parent can tell you

Self-worth is an unconditional sense of loyal friendship to yourself. As such, it does not come from behaviour or performance. You can have self-worth even when you skip the gym, get negative feedback or make a mistake. Indeed, those are the days when self-worth is really important.

For several decades now, self-esteem has been a dominant philosophy in the education and upbringing of young people. This is particularly true in the US, where even self-deprecating humour is largely frowned upon. This means that the unwritten question engraved in the minds of young people entering your law practice is “How am I doing?”. Whether voiced or not, this is the question that professionals are asking every day.

This prompts many leaders to do what many teachers increasingly do: dish out positive appraisals and ratings all the time, in the hope of motivating people. From a self-esteem point of view, this is perhaps understandable: self-esteem engenders a craving for positive assessments. However, giving constant praise and star ratings often just reinforces the addiction to validation, as many a parent can tell you.

Self-worth is about getting off the diet of constant validation. Instead of seeking to satisfy that craving for validation, it’s about tapping into a deeper source of motivation. When professionals are deeply motivated by self-worth, they become much more effective in their roles. Put simply, their focus is on the job, rather than on themselves.

A second misunderstanding stems from the belief that if people abandon self-esteem, they will just stop trying for excellence and high performance. This worries not just managers, but also parents and teachers. For this reason, they seek to ‘install’ the self-esteem driver as an internal regulator that will (hopefully) still drive performance on those days that they are not actively ‘supervising’.

But what happens in practice? In 20 years of coaching work, I’ve repeatedly seen that any gains that might be wrought via the self-esteem imperative are more than offset by the associated losses: it makes us insecure, self-preoccupied and narcissistic. It gives us that constant nagging feeling of never being good enough. When people switch to self-worth, it’s like transplanting their roots into richer and deeper soil. Yes, growth may pause for a couple of weeks while a professional adjusts, but soon they will prosper and bloom, released from the constraint of constant self-assessment.

Benefits of a self-worth culture

Professionals of every age are now calling for work that is more meaningful. This is not just a characteristic of millennials: few people are now willing to tolerate year after year of meaningless transactional days. While each of us may define what is meaningful in different ways, it seems that nearly everybody wants a sense of purpose.

As leaders, we therefore need to think deeply about meaning and purpose. Gone are the days when we could just define a nice mission statement and put it on the wall. Today’s professionals want to play their part in defining what is meaningful for them. As someone recently put it, “meaning is a significant part of the business case”.

So how can self-worth contribute to a high-performing culture which attracts, values and retains its people?

How to build self-worth in others