All fair in love, war and commerce?

Is a duty of good faith usually to be implied into ‘relational’ contracts under the law of England and Wales, asks Jonathan Haydn-Williams. 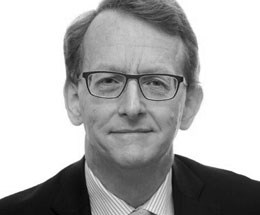 The traditional position under the contract law of England and Wales (which I shall, with no disrespect to Wales, refer to as ‘English’ law) has been that, save for contracts giving rise to a fiduciary relationship (eg a contract between agent and principal), a duty of good faith in the performance of a contract is not to be implied as a matter of course or as a matter of law.

That contrasts with the position in some other jurisdictions, both common law and non-common law, where such a duty is imposed by law.

In the United States of America, the Uniform Commercial Code (UCC), which applies in the law of most of the states, provides that ‘Every contract or duty within the [UCC] imposes an obligation of good faith in its performance and enforcement.’ Good faith is defined as ‘honesty in fact and the observance of reasonable commercial standards of fair dealing’.

Similarly, the US Restatement (Second) of Contracts (1981) (which does not have official force of law, but is treated by US courts as highly persuasive authority as to the principles of contract law) provides that ‘Every contract imposes upon each party a duty of good faith and fair dealing in its performance and its enforcement’.

To take an example of a non-common law jurisdiction, the French Civil Code (a ‘Napoleonic’ code derived from Roman law) provides that contracts must be performed in good faith.This can result in very different outcomes in cases on opposite sides of the Atlantic or the Channel, as I experienced in an international arbitration some 30 years ago. Briefly, a written sale of business agreement was being negotiated, in English, between an English company and a French company. Just before it was signed, the French party insisted on a French governing law clause being inserted. Subsequently, the English party had various private discussions with the French government, which made it much more difficult for the contract to be performed, but did not disclose those discussions to the French party, which (when it found out) considered that it would have achieved a better outcome than the ‘rosbifs’ had managed. There was nothing in the written contract to indicate that such conduct placed the English party in breach of it.

When the matter ended up before a panel of arbitrators, the French party referred to the duty of good faith under the French Civil Code and argued convincingly that the English party had breached it. The case was settled soon afterwards. Under English law, the English company would probably have been in the clear, reflecting a view that ‘all’s fair in love, war and commerce’.

However, in the last five years, there has been a (some might say) belated change in attitude in the courts of England and Wales towards the implication of a duty of ‘good faith’ in some types of contract, influenced no doubt by the approach in other jurisdictions.

A consensus has emerged that in certain contracts of a long-term nature or where parties have to work together closely to achieve the contract’s purpose (labelled as ‘relational’ contracts), terms are likely to be implied such as honesty, integrity, co-operation, communication, fair dealing and/or sharing of information (labelled together as ‘good faith’). The following is a short review of the case law.

In Yam Seng v International Trade Corpn [2013] EWHC 111 (QB), Mr Justice Leggatt (as he then was) held against a party to a long-term distribution contract (describing it as ‘relational’) who had misled the other party during the performance of the contract and had undercut that other party’s prices, basing the decision upon implied terms flowing from an implied duty of good faith.

The following year, in Bristol Groundschool v Intelligent Data [2014] EWHC 2145 (Ch), a joint venture agreement, described by the judge as a ‘relational’ contract, was held to include an implied term requiring good faith in its performance, which the defendant had breached by conduct which ‘would be regarded as commercially unacceptable by reasonable and honest people’.

In D&G Cars v Essex Police [2015] EWHC 226 (QB), the judge held that the contract at issue (under which a private contractor had agreed to dispose of unwanted police cars) was ‘a relational contract par excellence’ and held that it included an implied term that the contractor would perform it with honesty and integrity.

2016 saw two cases in the Court of Appeal in which non-binding comments were made by different judges as to the implication of good faith terms in contracts:

(a) In MSC Mediterranean Shipping v Cottonex [2016] EWCA Civ 789, Lord Justice Moore-Bick expressed his opposition to the concept of a general duty of good faith in contracts, foreseeing ‘a real danger that if a general principle of good faith were established it would be invoked as often to undermine as to support the terms in which the parties have reached agreement’. (I struggle to understand his concern. First, if a principle of good faith were to be advanced so as to undermine the terms the parties had agreed, it would surely suggest that the party opposing the principle was seeking to support bad faith behaviour, which no court could condone. Second, it was not a concern for those who drafted the laws and codes in the USA and France, referred to above, which appear to have stood the test of time.)

(b) In Globe Motors v TRW Lucas [2016] EWCA Civ 396, Lord Justice Beatson suggested, in relation to a long-term supply contract (ie a relational contract), that an argument in favour of the existence of a duty to co-operate might have found favour with the court had it been advanced.

(a) In Amey v Birmingham City Council [2018] EWCA Civ 264, the Court of Appeal commented that a long-term PFI contract could be classified as ‘relational’.

(b) The judge who had decided the Yam Seng case five years previously, Lord Justice Leggatt (sitting in the High Court), returned to the subject of good faith in relational contracts in Al Nehayan v Kent [2018] EWHC 333 (Comm).

(a) referred back to the Yam Seng case, stating: ‘I drew attention to a category of contract in which the parties are committed to collaborating with each other, typically on a long term basis, in ways which respect the spirit and objectives of their venture but which they have not tried to specify, and which it may be impossible to specify, exhaustively in a written contract. Such “relational” contracts involve trust … that the other party will act with integrity and in a spirit of cooperation. The legitimate expectations which the law should protect in relationships of this kind are embodied in the normative standards of good faith.’

(b) continued: ‘Although the observations that I made in the Yam Seng case about the scope for implying duties of good faith in English contract law have provoked divergent reactions, there appears to be growing recognition that such a duty may readily be implied in a relational contract.’

(c) held that a joint venture agreement between two individuals, which was intended as a long-term collaboration in which their interests were interlinked and which required a high degree of co-operation between them was ‘a classic instance of a relational contract’ and that ‘the implication of a duty of good faith in the contract is essential to give effect to the parties’ reasonable expectations and satisfies the business necessity test which Lord Neuberger in Marks & Spencer v BNP Paribas [2016] AC 742 … reiterated as the relevant standard for the implication of a term into a contract’.

(d) identified the usual content of the obligation of good faith as comprising obligations:

(e) held that ‘two forms of furtive or opportunistic conduct’ seemed to him ‘incompatible with good faith in the circumstances of this case’:

Thus, whilst English law has not yet aligned itself either with the USA or with ‘civil law’ jurisdictions such as France in terms of recognising a general duty of good faith in the performance of contracts, the last five years have seen ‘growing recognition that such a duty may readily be implied in a relational contract’.

Were there to be a ‘re-run’, 30 years later, of the arbitration I mentioned above, but with an English governing law clause in place of the French one, the ‘rosbifs’’ conduct would probably not be found to have breached the contract, as a one-off sale of business agreement is probably not a ‘relational’ contract. However, had the contract been for sale of part of the business, with a joint venture thereafter, English law would probably now imply a duty of good faith, in alignment with French law and unlike the position 30 years ago.