In the second section of our three-part series on how to avoid professional negligence claims, PJ Kirby QC stresses the importance of getting your costs budgeting right. 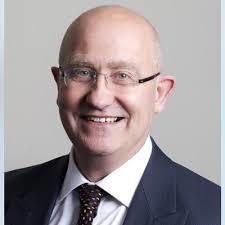 The case has been won – whether at trial or by way of settlement. The client wants to recover its costs from the other side. No doubt the successful party was told at an early stage that it was unlikely that it would be able to recover all its costs and may have been warned that this might be no more than, say, 70 per cent of the costs actually incurred. However, a winning client can soon turn into a disappointed client when it finds out how much of the costs it still needs to pay. Problems arise when the limited recovery of costs is arguably the fault of the lawyers.

The introduction of costs budgeting in 2013 is likely to lead to an increase in professional negligence claims against solicitors relating to the quantum of costs recovered from the other side. Anecdotal evidence amongst costs lawyers is that solicitors often fail to apply to revise the approved costs schedule despite a significant development in the case. On detailed assessment, the check will be carried out with regard to the last approved budget (Civil Procedure Rules (CPR) 3.18). If the solicitors have failed to apply to revise the budget, the client will have to show that there is good reason to depart from the approved budget, which may be difficult if there was time to apply for a revision. If the successful litigant would have recovered a greater sum by way of costs, but for the lawyer’s failure to apply for a revision, then the loss to the client is obvious.

Clients who are told that the court has approved a budget of x will be unhappy at the end of the case when the solicitor demands x + y. It is important to warn clients of the need for proportionality in costs and that a court will limit the recoverable costs to a proportionate sum, regardless of the need to incur reasonable costs at a higher level. These issues will probably be dealt with by a detailed assessment under the Solicitors Act 1974 (SA 1974), as they are similar to the arguments concerning solicitors’ own estimates for their clients and, if clients rely on those estimates, the extent to which costs exceeding them are more than the client can be reasonably expected to pay (see the leading case of Mastercigars Direct Ltd v Withers LLP [2007] EWHC 2733 (Ch)).

The importance of the costs budget – and getting it right first-time – cannot be overstated. While the costs recoverable from the budgeting stage are limited by the CPR (see CPR PD 3E 7.2), far better for the client to take a hit on that item of costs if additional work has resulted in a more realistic, justifiable costs budget (where the court can be shown clearly why the budget items are reasonable, proportionate and necessary for resolving the dispute). A lawyer that has prepared a budget poorly may struggle to persuade a court to revise it later, as their negligence is unlikely to be seen as good enough reason for a revision.

The best way to avoid the limitations of an agreed or approved budget is to obtain an order for costs on the indemnity (rather than the standard) basis. When costs are being assessed on the standard basis, the last agreed budget will stand (CPR 3.18). However, when costs have been ordered on the indemnity basis, CPR 3.18 does not apply. You should therefore always check whether the circumstances justify applying for costs on the basis of indemnity. A claimant who does better than their own Part 36 offer will be entitled to indemnity costs, as well as the other additional amounts provided for under Part 36. When acting for a claimant, you should always look to make a Part 36 offer, as beating this may be very advantageous for your client. (If you have been acting for the claimant under a conditional fee agreement, you may want to consider whether it should be the client or the lawyer who benefits from the additional interest on the costs. This matter should be addressed in the retainer.)

Costs budgeting is leading to more detailed assessments under the SA 1974 in which more clients challenge the costs they are being charged – particularly when they can compare them with the sum that the court considered reasonable and proportionate for the conduct of the action. The effect of costs budgeting needs to be carefully explained to clients. You may need to remind clients frequently that the additional work that they are demanding may not be recoverable. Budgets should be carefully prepared in the first place, but if an unexpected development occurs then you must make an application to vary the budget. It is no good leaving it to the detailed assessment. Finally, consider seeking costs on the indemnity basis, or by agreeing costs inclusive sums on any settlement, to avoid the impact of a costs management order.

PJ Kirby QC is joint head of chambers at Hardwicke. He took silk in 2013. PJ sits as a deputy district judge and is a Bar Council-appointed High Court costs assessor. PJ is also an ADR group accredited mediator and is on the Costs ADR (CADR) panel of mediators.

To read parts one and three of our series on how to avoid professional negligence claims, join the Civil Litigation Section.