We speak to Stephen Mason (chair), Deborah Burke (vice-chair) and Nerys Thomas of the Civil Litigation Section committee about their experiences of 2015 so far, and what members should look out for in the remainder of the year.

How have the court fee rises affected your practice?

Stephen Mason: There is no doubt that there has been a drop in the volume of issued litigation. 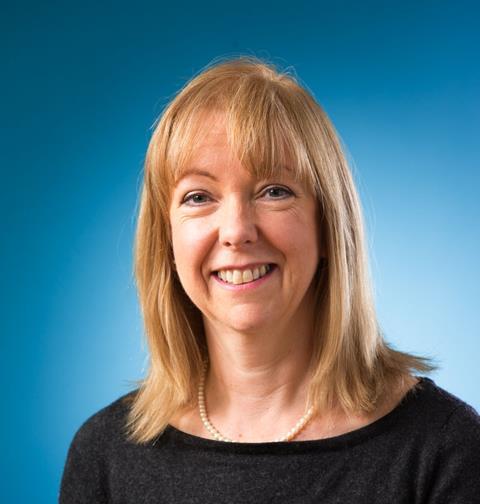 Deborah Burke: Working in costs, we don’t see this until the end of the case. What we do see is a drop off in budgeting, because obviously people are avoiding issuing for longer.

Nerys Thomas: I think in tandem with the court fee rises, we will continue to see a rise in litigants in person (LiPs). I actually have a case where the client wants to sue a McKenzie friend for professional negligence. The friend did not turn up for one hearing, and told the client they would have to deal with it themselves. The client is now chasing her for £8,000 in fees.

SM: The Bar are taking the very strong line that McKenzie friends should not be allowed to speak in court. My personal experience is that judges vary enormously in their approach to them – some say they can advise but not speak, others say, ‘get on with it’. The official rule is not for the McKenzie friend to speak, only to assist – the LiP has to do the speaking.

NT: In terms of handling McKenzie friends, I think it depends on their personality. Definitely speak to them before you stand up in court, and gauge what they are like – sometimes they take on the mantra that whatever the prospect of their ‘friend’ and their claim, they are going all out to win. If they are difficult and not listening to you, you need to highlight this to the judge, who can keep them under control.

SM: In some cases, you see them going even further. In the world of delayed airline claims, we get claims in which the claimant is named as ‘European Air Delayed Claims Ltd’. How do they even have a claim? They are in effect a type of McKenzie friend that is actually running an operation for consumers, but are doing it all wrong.

What have been your experiences of costs budgeting this year?

NT: I can talk to a client for an hour about a case, and they are really involved, but as soon as you raise the issue of fees, they say they have no money – surely there’s legal aid available?

Legal risk is sometimes a hard thing for people to understand, and the benefit is difficult to explain. The client just wants to hear that they are going to win. And what might be a lawyer’s win might not be a client’s win.

SM: The other side of the coin doesn’t look as different as you might expect. if you are acting for defendants in PI cases, you have to prepare a costs budget – but we have a qualified one-way costs shifting (QOCS) system, so even if we win, we aren’t going to get these costs back. So why are we spending all this money doing a costs budget in the first place?

DB: Legal risk is sometimes a hard thing for people to understand, and the benefit is difficult to explain. The client just wants to hear that they are going to win. And what might be a lawyer’s win might not be a client’s win.

SM: It all comes back to the fact that every time the authorities say that lawyers are too expensive, the answer they come up with always requires lawyers to do more work. The reason why they don’t see this as being obviously wrong is because judges in particular look only at the end result, that is the very few cases that end up going to trial and hence that they have experience of. Probably, if a case has gone to trial, it’s because the parties are intransigent and difficult, and willing to run up unreasonable amounts of cost – otherwise, the case would have settled. The cases the judges see at trial are totally non-typical.

DB: Interestingly, it puts fee-earners in a difficult position, because they rarely experience trials in their working careers now, but yet that’s where a lot of the costs lie and the risks are played out. 98% of clinical negligence cases settle before trial. It’s maybe here, with a bit of innovation, that lawyers can come up with different ways of working that avoid court fees and the risks of a trial. In the old-fashioned way of problem-solving, two sides have got a dispute that needs to be resolved cost-proportionately and effectively for everybody.

What should members be looking out for in the remainder of 2015?

DB: I’m interested in CPR 36, which was amended in April, and seeing how it pans out. There is a new clause that says any part 36 offer has to be a genuine attempt to settle – I don’t think we’ve begun to see the effect of that yet.

Civil litigators need to know about the changes to existing consumer rights legislation and the new remedies available to consumers. Otherwise, they run the risk of being negligent in the advice they give and the procedures they take.

SM: There’s an awareness that the rules have changed, but some uncertainty as to what the implications of the changes are.

NT: Every time I use a part 36 offer, I check what the current tenplate says, because you never know when things have changed. It seems to be meddled with quite a lot at the moment.

DB: This October sees the introduction of a pilot scheme in the Senior Courts Costs Office (SCCO) for the new electronic bill format. It will be voluntary until next April, and then all cost managed bills which go to the SCCO will have to have their bills delivered in the new format.  It’s a big change and practitioners will see more about how this will affect them over the next year.

SM: The Consumer Rights Act 2015 comes into force this October, which gives new rights to consumers in a range of circumstances. The new private action for unfair competition is a whole new area of litigation for clients to develop for the benefit of clients. Civil litigators need to know about the changes to existing consumer rights legislation and the new remedies available to consumers. Otherwise, they run the risk of being negligent in the advice they give and the procedures they take.