Tomlin orders, Gertner and consumer credit: are solicitors are risk?

Rupert Cohen looks at the case of CFL Finance Ltd v Laser Trust and Another, and what this means going forward 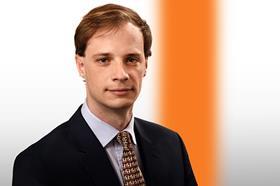 In the landmark case of CFL Finance Ltd v Laser Trust and Another [2021] EWCA Civ 228, the Court of Appeal held that a Tomlin order effecting a settlement of claim which provided for the payment of sums in instalments, had the potential to engage the provisions of the Consumer Credit Act 1974 (CCA).

The Law Society understands that this decision may the subject of further consideration by the Supreme Court.

The relevant facts giving rise to the Court of Appeal’s judgment are as follows:

The Court of Appeal held that:

The risk that a Tomlin order falls foul of the CCA regime given the Court of Appeal’s judgment is real. That risk will eventuate in respect of a Tomlin order where:

If a Tomlin order is entered into and it does produce a regulated consumer credit agreement it may be unenforceable. Whether or not it will be depends on a myriad of factors, including whether the agreement is a non-commercial agreement (which affects the form of the agreement and whether the creditor is required to hold the necessary Financial Services and Markets Authority authorisation) and whether certain pre-contractual information and notice provisions have been given. The safest course, if there is any doubt about whether the CCA applies, is to embody the agreement as a consent order rather than a Tomlin order.