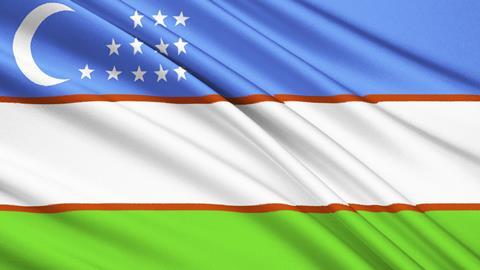 How to practise in Uzbekistan

The Uzbek legal system is a civil law system.

A lawyer in Uzbekistan is called an advocate (himoya qilmoq).

The legal profession in Uzbekistan is divided into: 1) commercial lawyers who provide commercial legal services and are subject to general civil and tax legislation and other legislation governing legal relations between commercial entities; and 2) advocates whose practice is regulated by the “Law On Legal Profession”.

The Chamber of Lawyers of the Republic of Uzbekistan was created in 2008. It represents the interest of advocates at national level and is responsible for regulating advocates in Uzbekistan.

An advocate must be a citizen of the Republic of Uzbekistan, hold a University degree in law, have obtained a licence to practise (Licences are issued once candidates have passed an examination set by the Higher Qualifications Committee and sworn the oath), be legally competent, and not have any unspent criminal convictions.

Since 2008, the licence to practise has been issued by the Chamber of Lawyers of the Republic of Uzbekistan and membership is compulsory.

Uzbek legislation is unclear on the areas of work reserved to advocates, however only licensed advocates can provide legal aid to any persons including assistance in the course of representation in court.

Advocates may work as sole practitioners, set up their own law office, work in a college of advocates, or create a law firm jointly with other lawyers. Law offices, colleges of advocates and law firms as well as lawyers’ associations must be registered with the Ministry of Justice or Regional Departments of Justice.

Re-qualification as English and Welsh solicitor

Uzbekistan was added to the recognised jurisdictions list for the Qualified Lawyers Transfer Scheme (QLTS) in 2009.The QLTS is the route by which lawyers from other jurisdictions can be admitted as solicitors of England and Wales.

The QLTS does not require a degree in common law or even an LLM from a UK university. Qualifying via this route does not require a training contract or experience with a UK law firm either. The Scheme is managed by the Law Society for England and Wales’ regulatory arm, the Solicitors Regulation Authority (SRA), and by Kaplan QLTS.

The tests are designed to ensure that requalifying lawyers meet the same standard of knowledge and skill required of a locally-qualified solicitor of England and Wales.

For more information on QTLS and application process please visit the SRA website.

There is no requirement for foreign law firms to obtain special licences to practise law beyond the usual company registration procedures. Registration of foreign companies must be made with the local authority for state registration (khokimiyat, or the Inspectorate for Registration of Entrepreneurial Entities).

There are no rules relating to fly-in fly-out practice of law or any requirement to obtain a temporary licence, however, the Arbitration Tribunal Act limits arbitrators to those of Uzbek nationality.

Uzbekistan is not yet a member of the WTO. Uzbekistan applied for membership in 1994 but its accession process has been inactive since 2005.