How to practise in Spain

The Spanish Royal Decree Law 5/2019 signed on 1 March allowed the Spanish Bar to grant a unilateral grace period to individuals registered as European lawyers under their home title until 31st December 2020. From 2021, establishment and practice rights may continue to be granted under the principle of reciprocity, confirmation of which will have to be issued by the Ministry of Justice as in Spain it will be issued by the Council of Ministers.

In relation to structures, it has been confirmed that UK firms will be able to continue operate and hire both UK and EU lawyers; however Spanish or EU lawyers must hold at least 51% of the equity. UK entities will have one year to adapt their structures to comply with this, if needed.

The Spanish legal system is a civil law system. 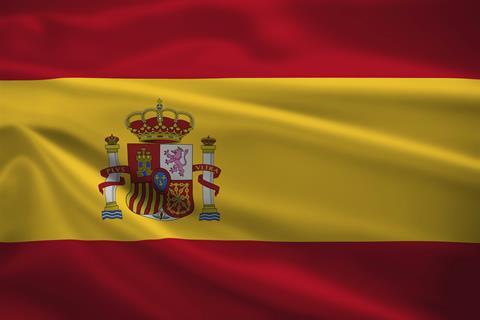 Regulation of the Legal Profession:

The Consejo General de la Abogacía Española (CGAE) acts as the national spokesperson for the local bar associations. It authorises the statutes of each of the individual bar associations and the rules governing the profession.

The 83 local bar associations are grouped regionally into 10 Consejos Autonómicos de Colegios de Abogados which act as an intermediate body to represent the local bars in the region. The Consell de Collegis d’Avocats de Catalunya is a grouping of fifteen bar associations of Catalonia. It applies a different Code of Ethics from the rest of Spain.

Spain implemented the Establishment Directive 98/5/EC transposed to Spanish domestic law by virtue of Royal decree RD 936/2001, of 3rd August 2001). Establishment is permitted for EU, EEA and Swiss nationals who are qualified in these countries, under their home title. It allows them to give advice in international law, the law of their home country as well as Spanish law. EU and EEA nationals who wish to practice the profession of lawyer on a permanent basis in Spain shall be registered with a Spanish Bar Association that corresponds to the area in which they establish their only or principal professional domicile. After three years of practice in Spain, they are eligible to requalification as a Spanish abogado.

The registration shall be done by filling out an application form, provided by the pertinent Bar Association, which shall contain at least the following data:

The application shall be submitted accompanied by the documentation listed below, which shall be certified and translated into Castilian Spanish:

The maximum timeframe that the Governing Body of the pertinent Bar Association has to decide whether or not to proceed with the registration is two months, after which the registration shall be considered to be admitted (section 7 of Royal Decree RD 936/2001).

Solicitors of England and Wales (and other EU, EEA and Swiss qualified lawyers) seeking to requalify in Spain can do so in two ways: For all nationals of an EU/EEA Member State, or Switzerland there are two routes to re-qualification as a Spanish abogado:

Through Art. 10 of the Establishment Directive 98/5/EC, under conditions of nationality and after three years of regular and effective practice of Spanish law in Spain.

Through the Diplomas Directive 89/48/EEC, now incorporated into the Recognition of Professional Qualifications Directive 2005/36/EC.

Spain is a member of the WTO but all GATS negotiations are carried out by the European Commission on behalf of all EU Member States.

Qualification as an Abogado

Until November 2011, as soon as Spanish law students graduated from their five year Spanish law degree, they automatically became eligible for admission to the local bar association, without any further requirements for training or examinations.

This situation had changed from 1 November 2011 with the entry into force of a new law on access to the profession. The law was passed on 30th October 2006 but allowed a five year interim period before coming into force so that students who had already begun their law degree with the expectation of being able to qualify immediately upon graduation would still be able to do so.

Under the new regime, specified in the Royal Decree of 16 June 20011, law graduates will also need to complete a work experience placement and pass a state exam in order to qualify as an abogado. The following route will therefore be applicable:

There are currently no mandatory minimum CPD requirements for abogados.